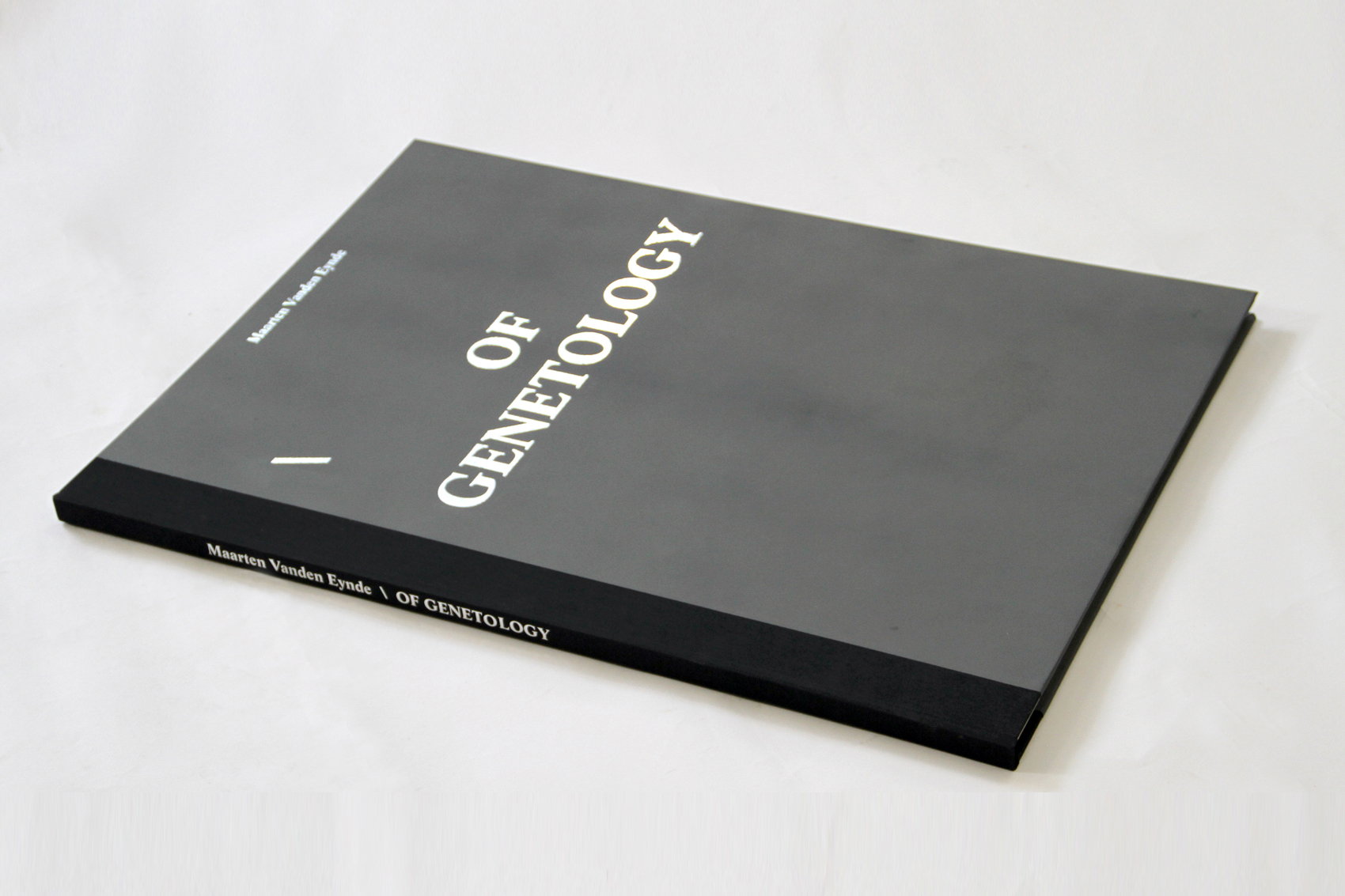 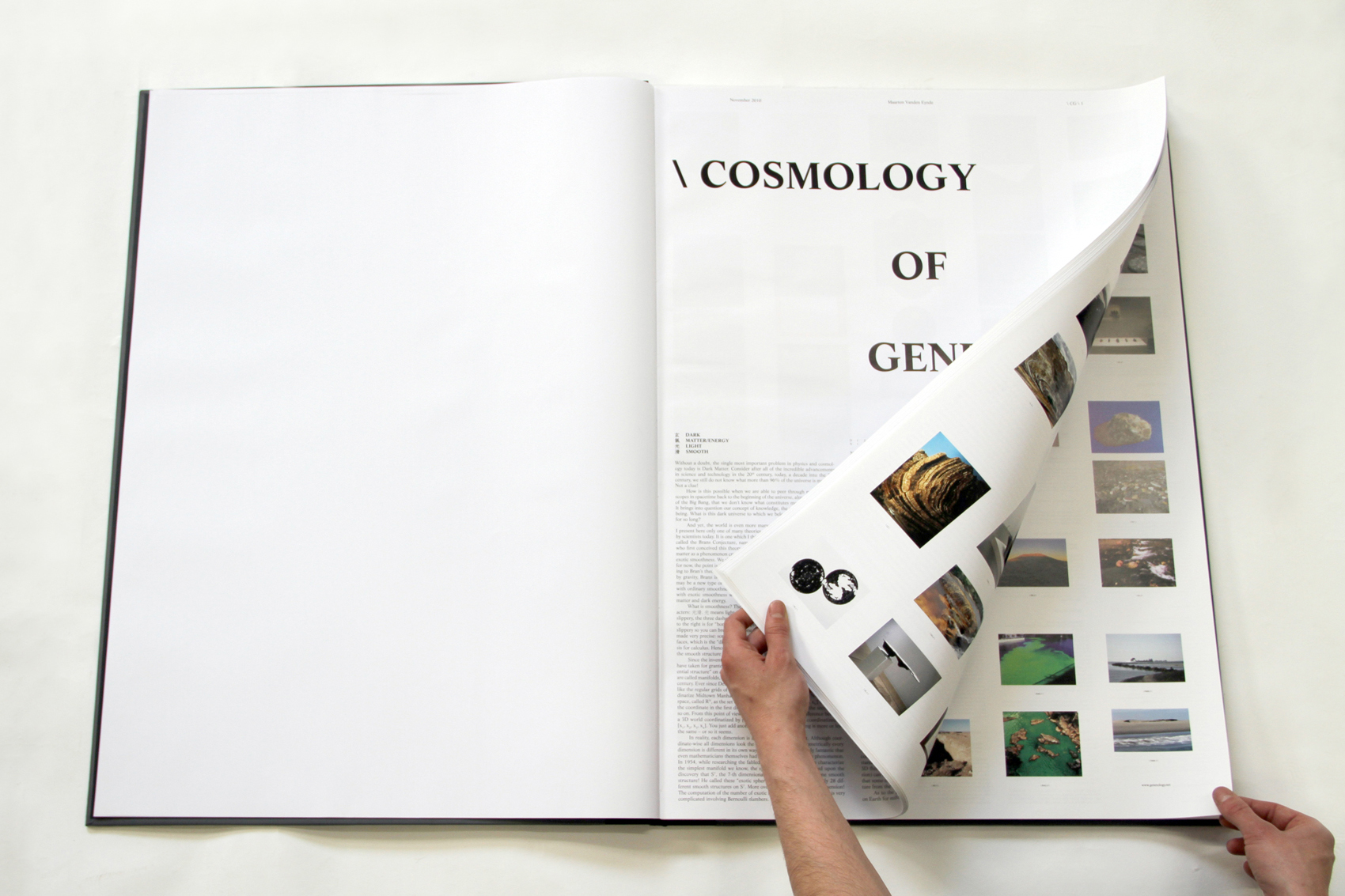 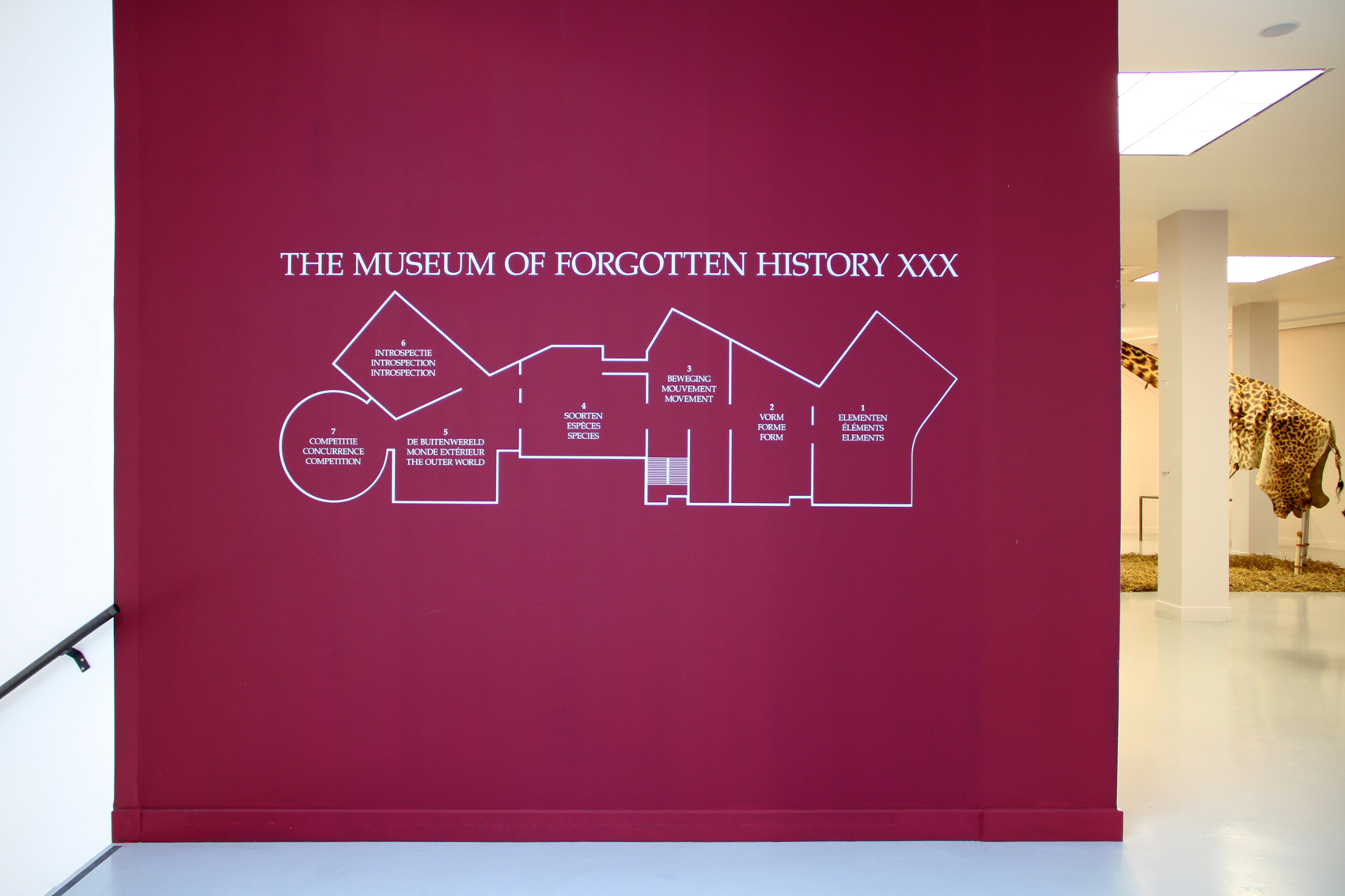 The Museum of Forgotten History, groundplan at Muhka, Antwerp, Belgium (2012) 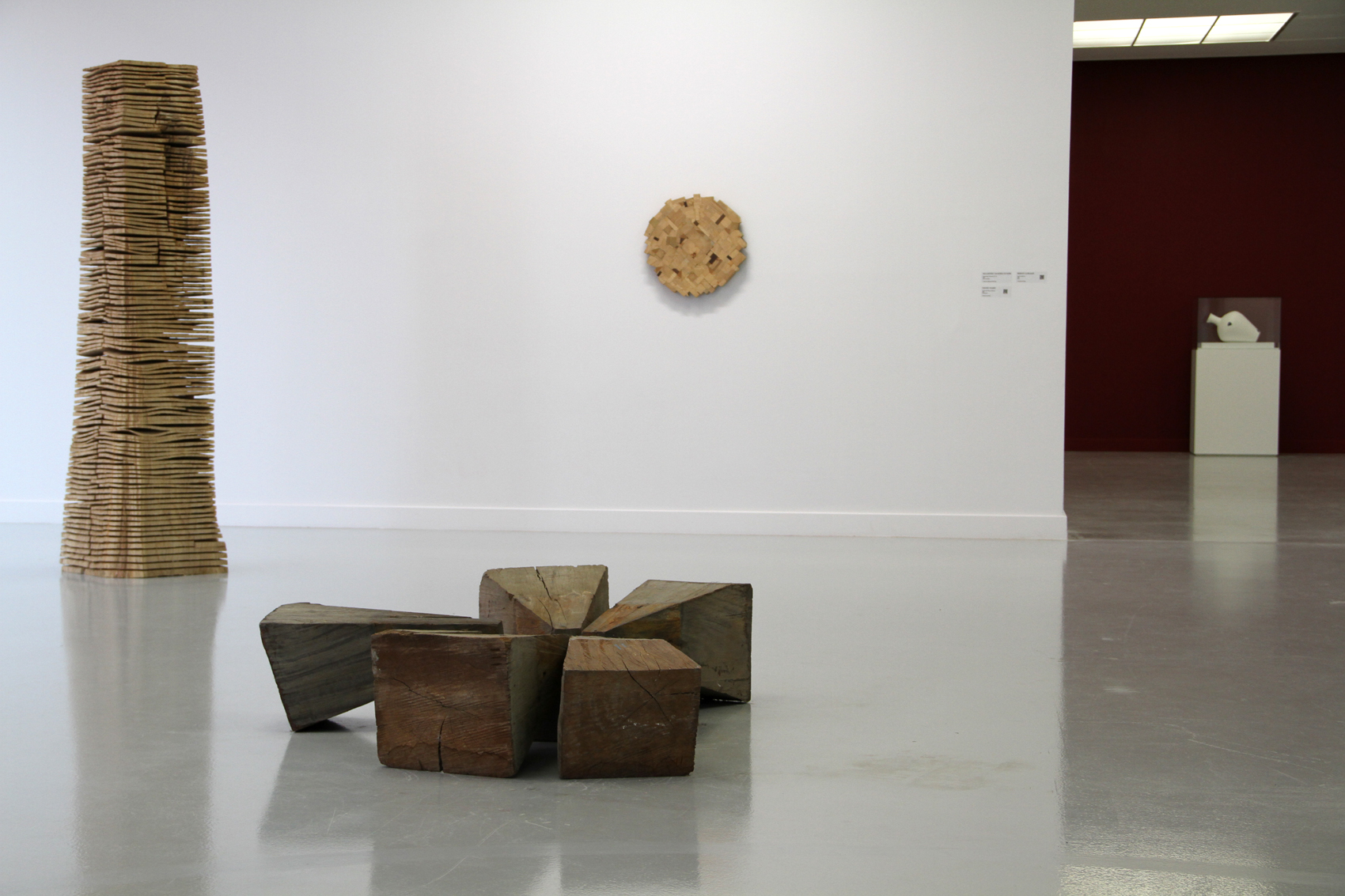 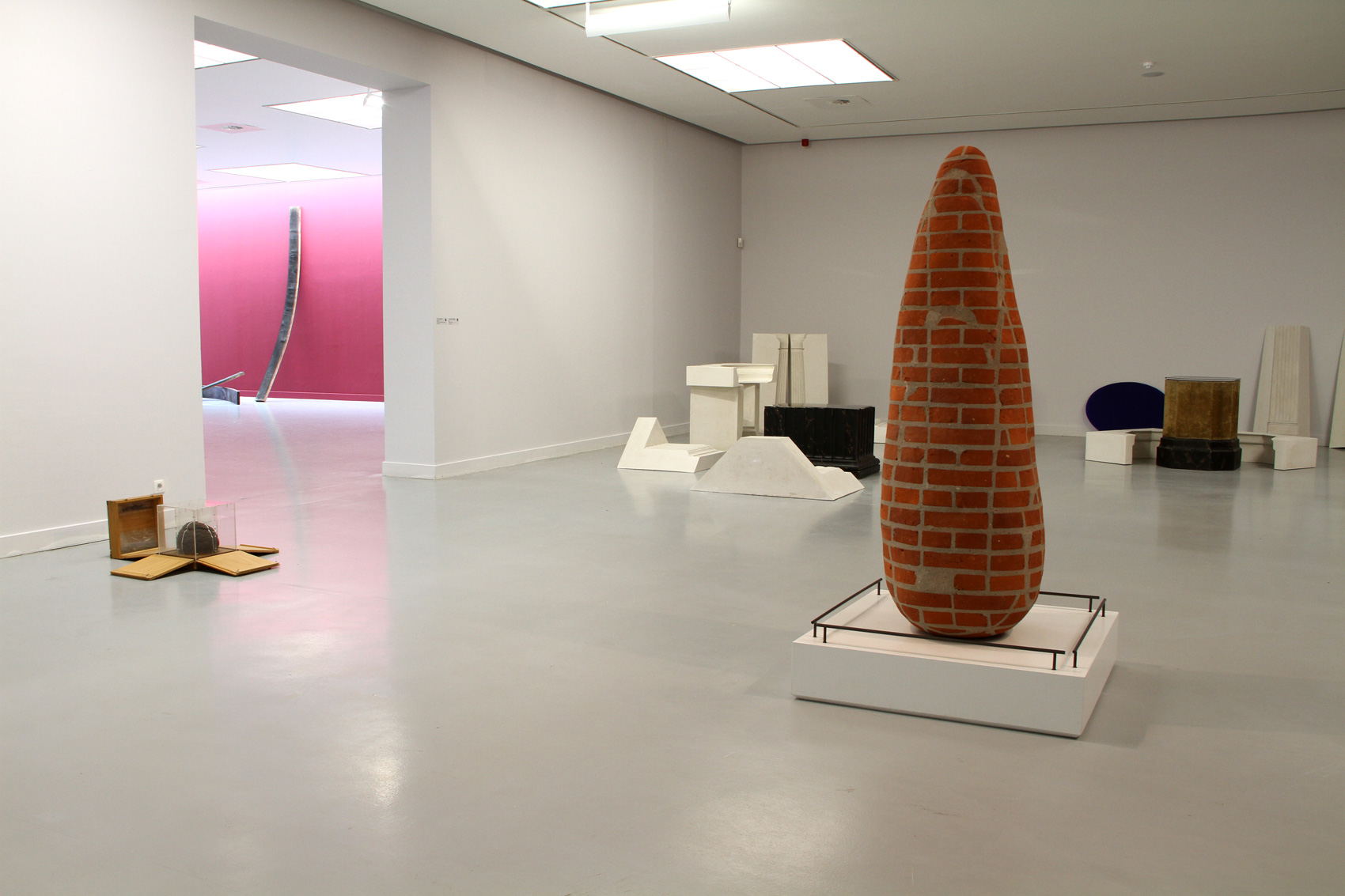 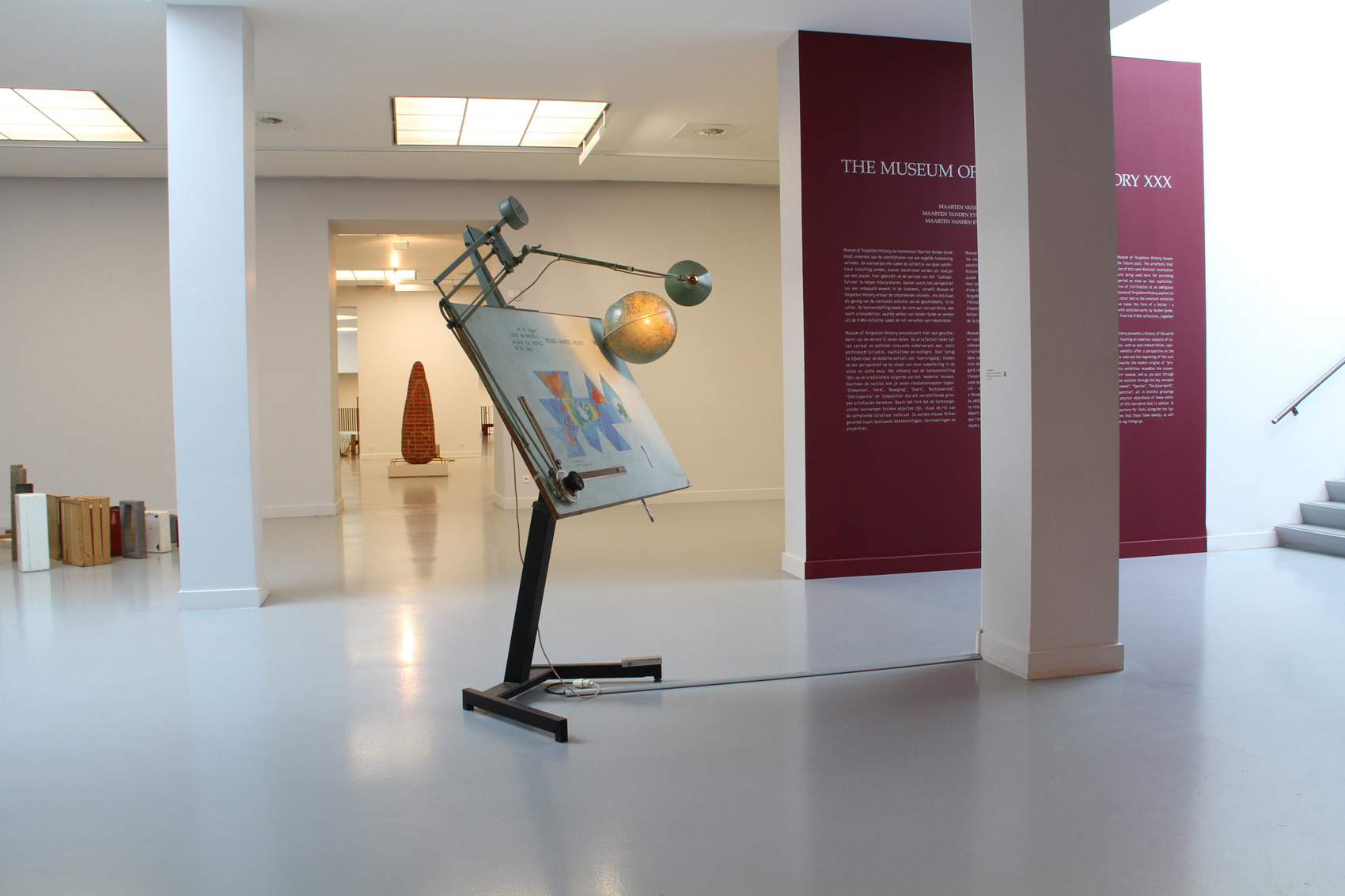 The Museum of Forgotten History at Muhka, Antwerp, Belgium (2012) - Room 3: Movement, with Tony Cragg and Luc Deleu (from left to front) 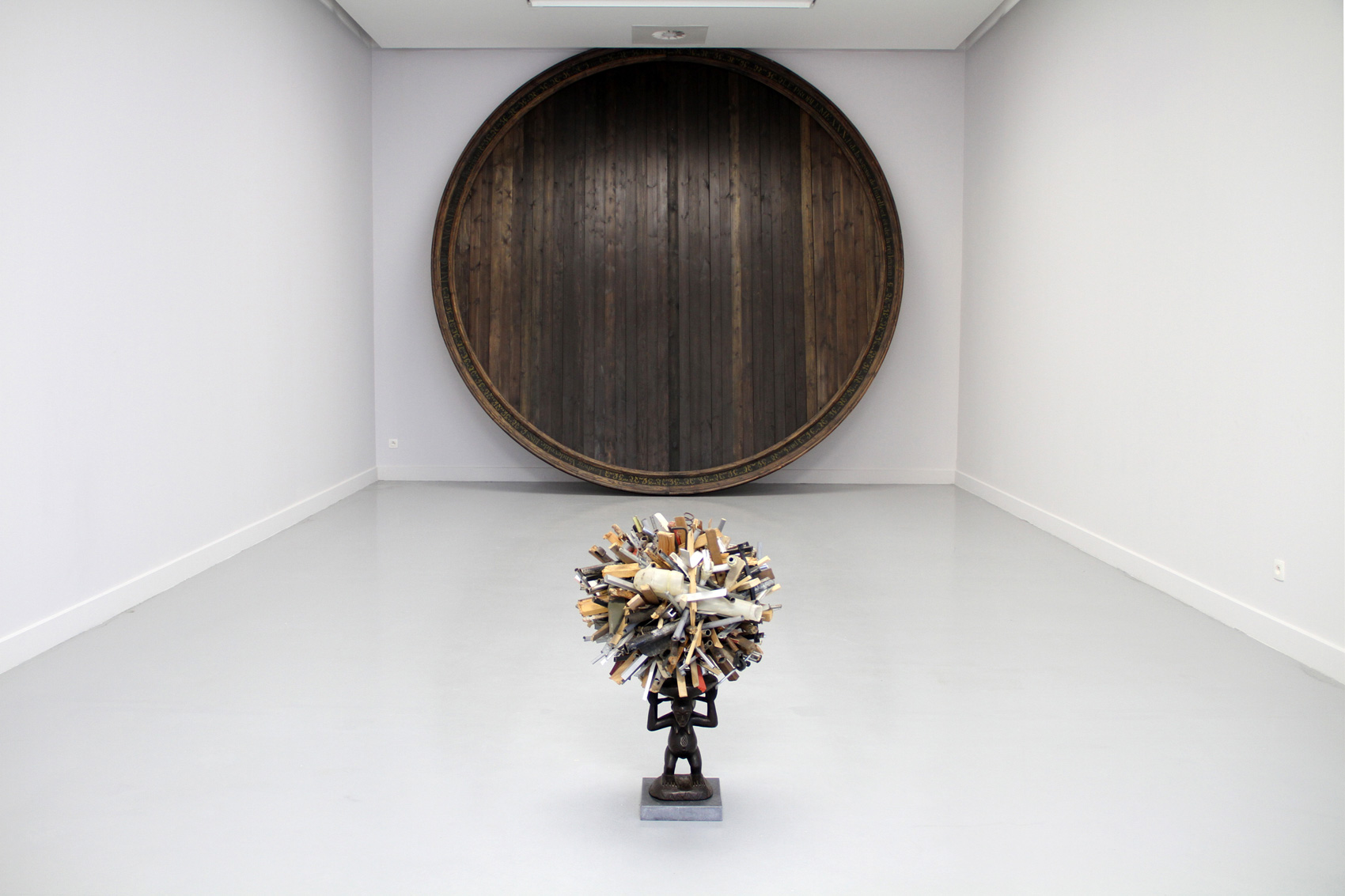 The Museum of Forgotten History at Muhka, Antwerp, Belgium (2012) - Room 3: Movement, with Ludwig Vandevelde and Maarten Vanden Eynde (from back to front) 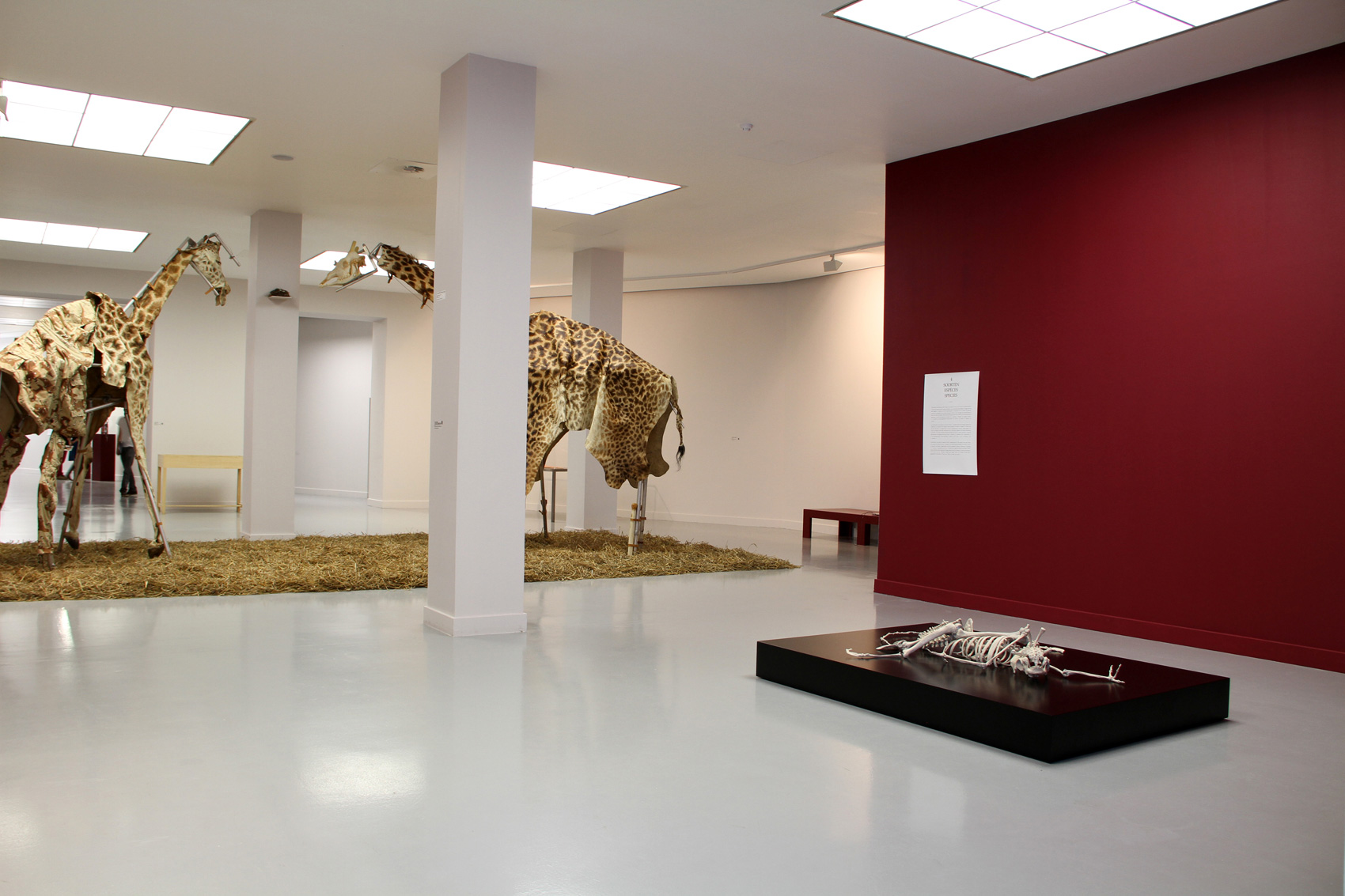 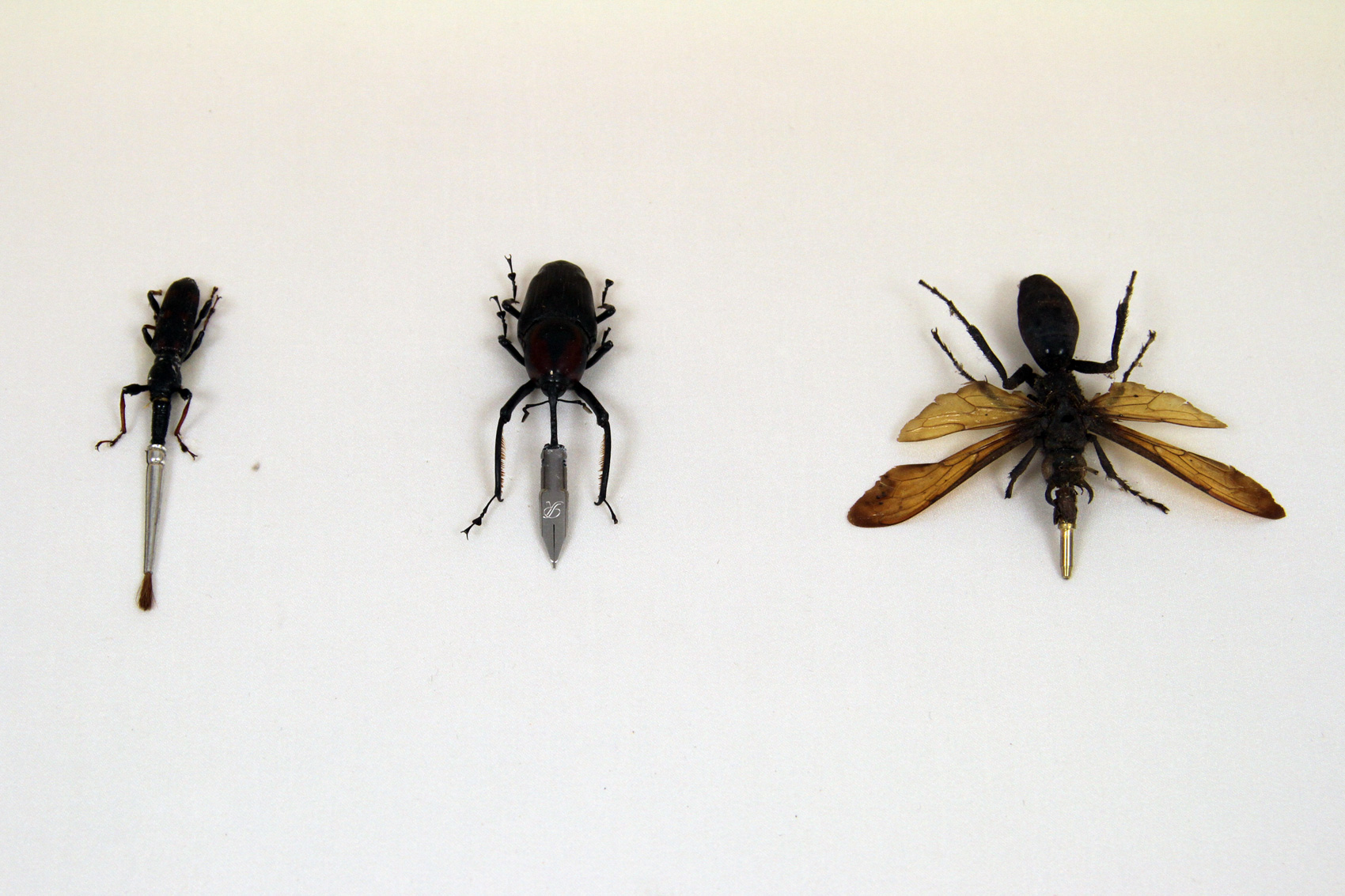 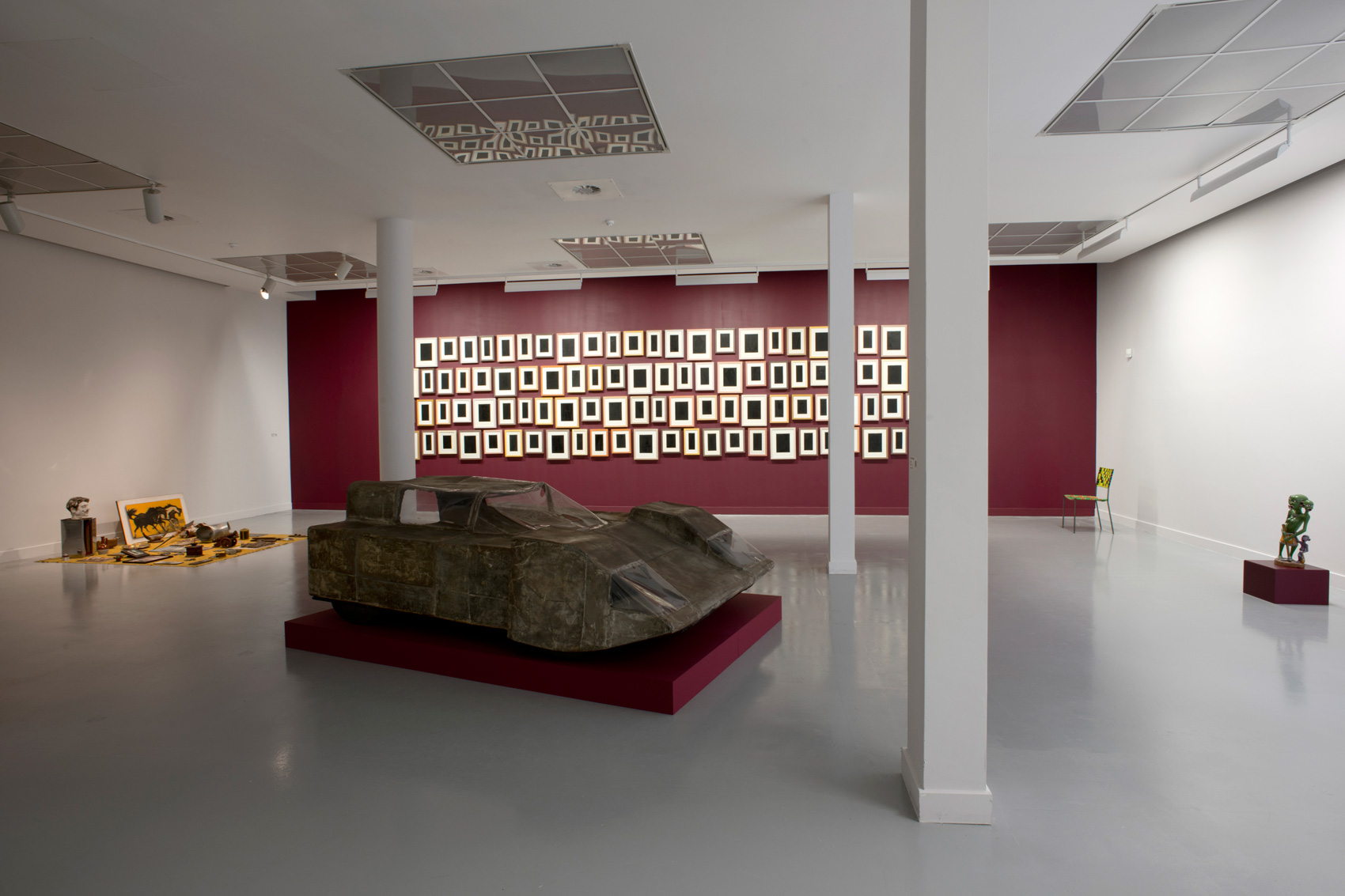 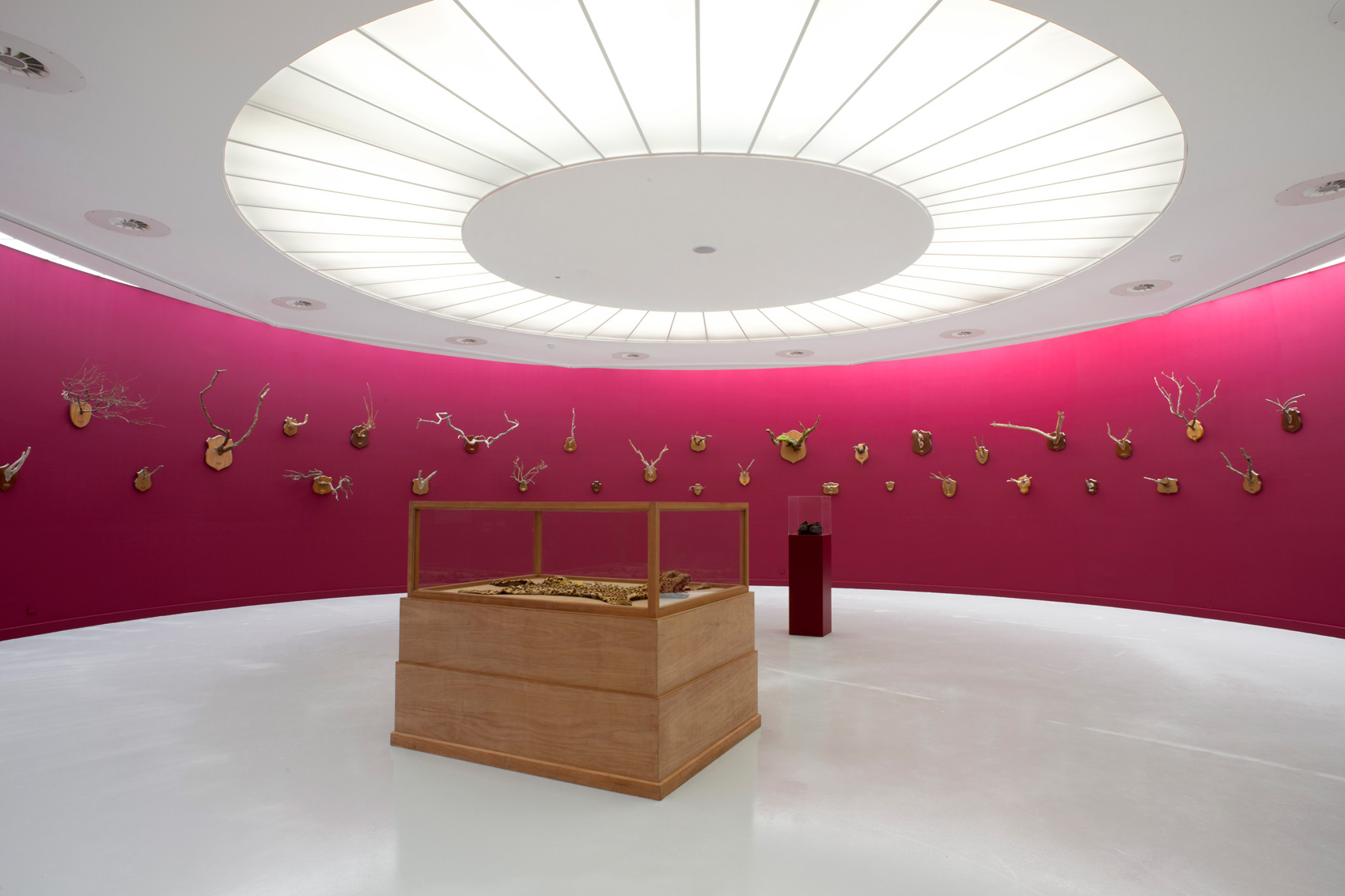 The Museum of Forgotten History at Muhka, Antwerp, Belgium (2012) - Room 4: Species, with Maarten Vanden Eynde, James Lee Bayers and Patrick van Caeckenberg (from back to front) 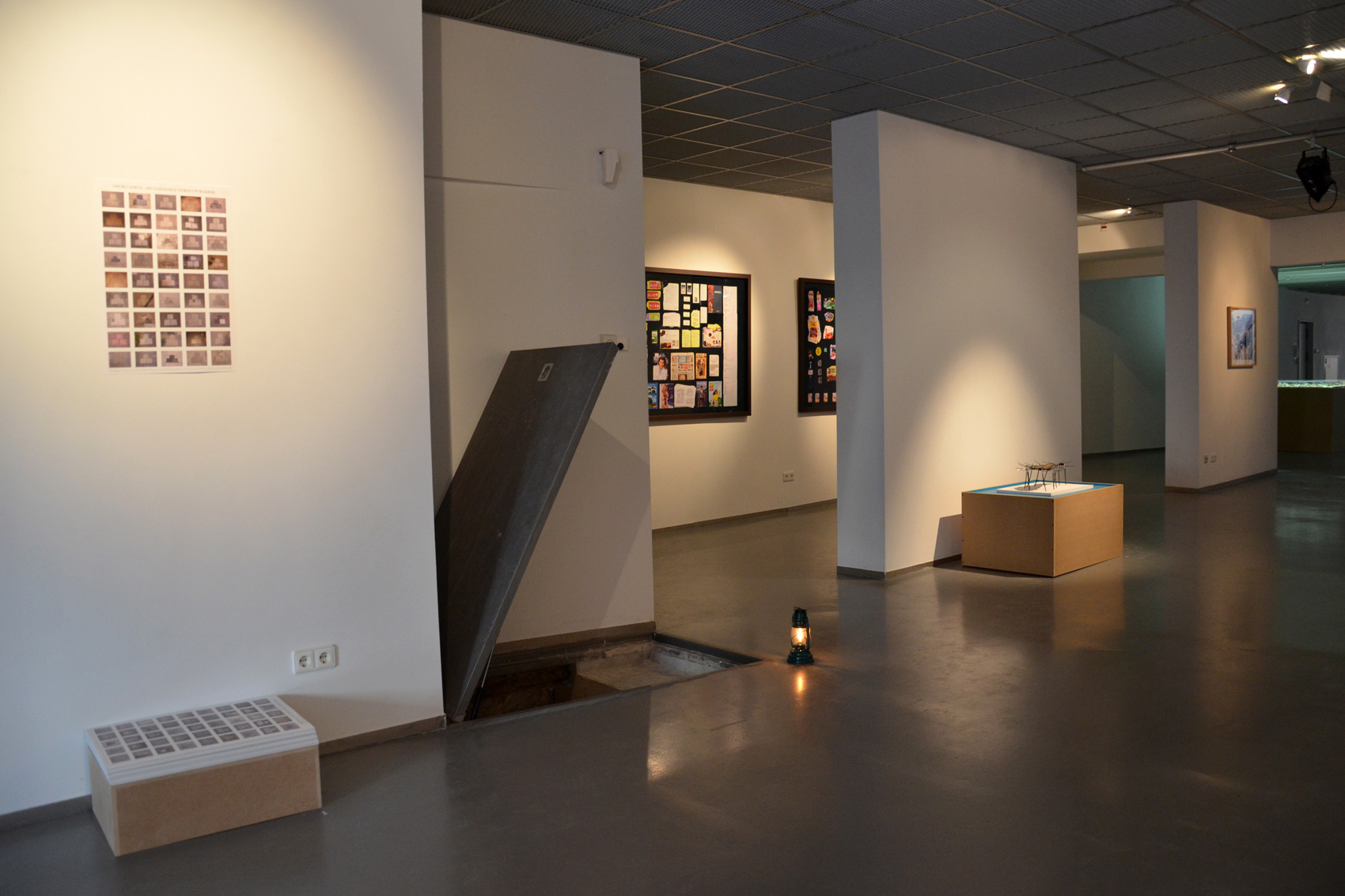 Back To The Future at CBK, Utrecht, The Netherlands (2012) - with Frank Koolen, Pascal Rostain/Bruno Mouron and Edhv (from left to right) 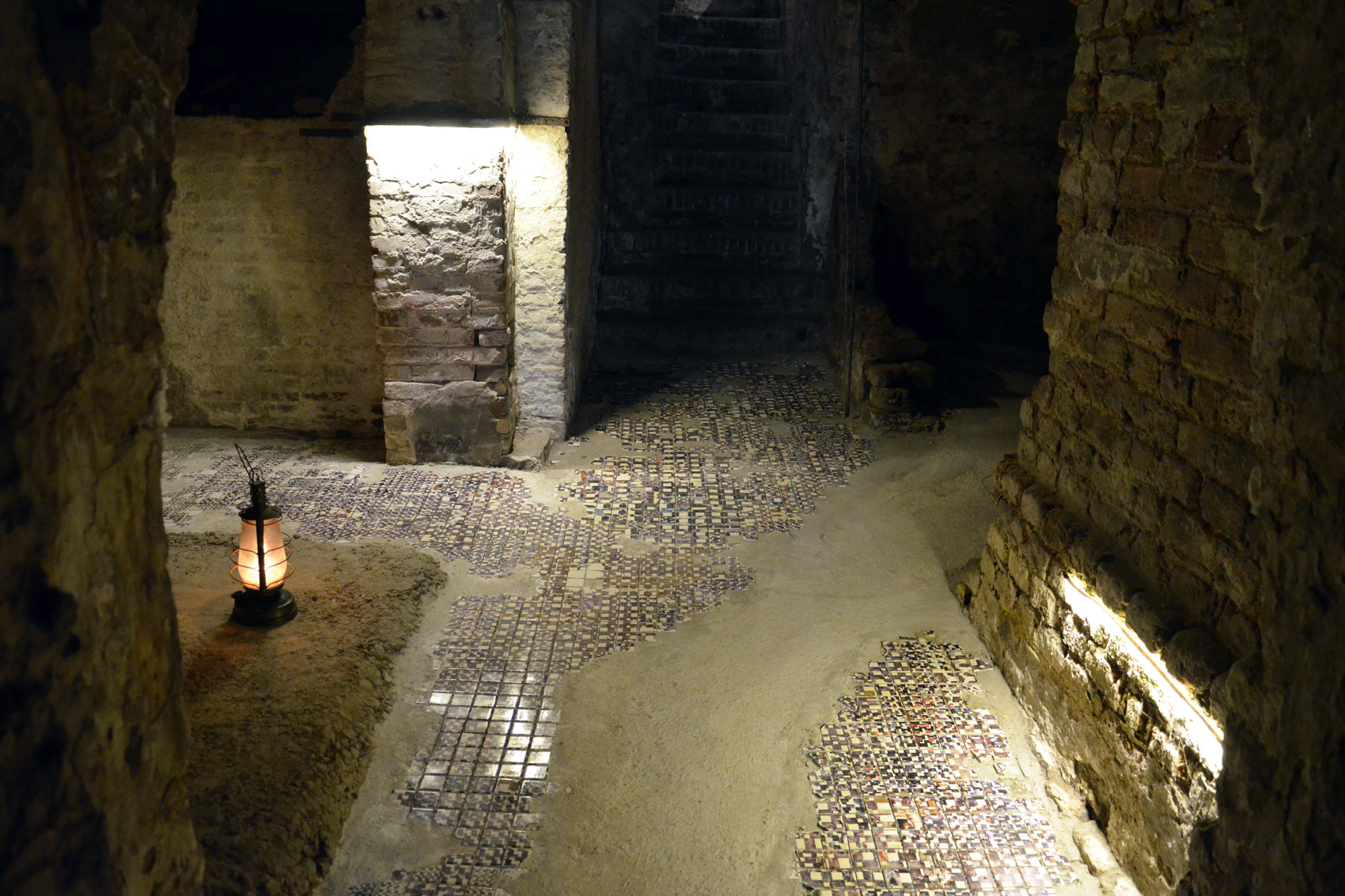 Back To The Future at CBK, Utrecht, The Netherlands (2012) - with Leonid Tsvetkov 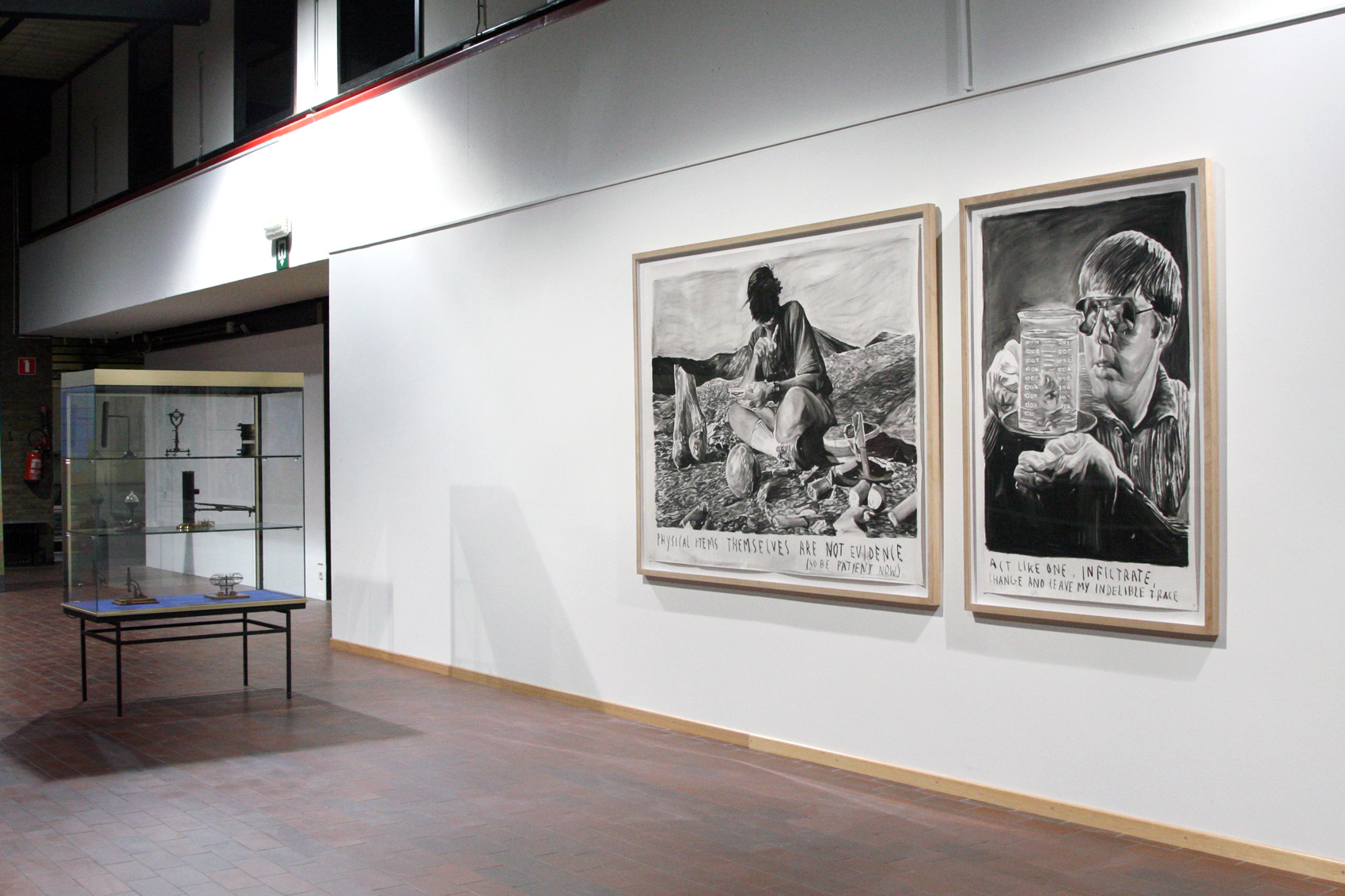 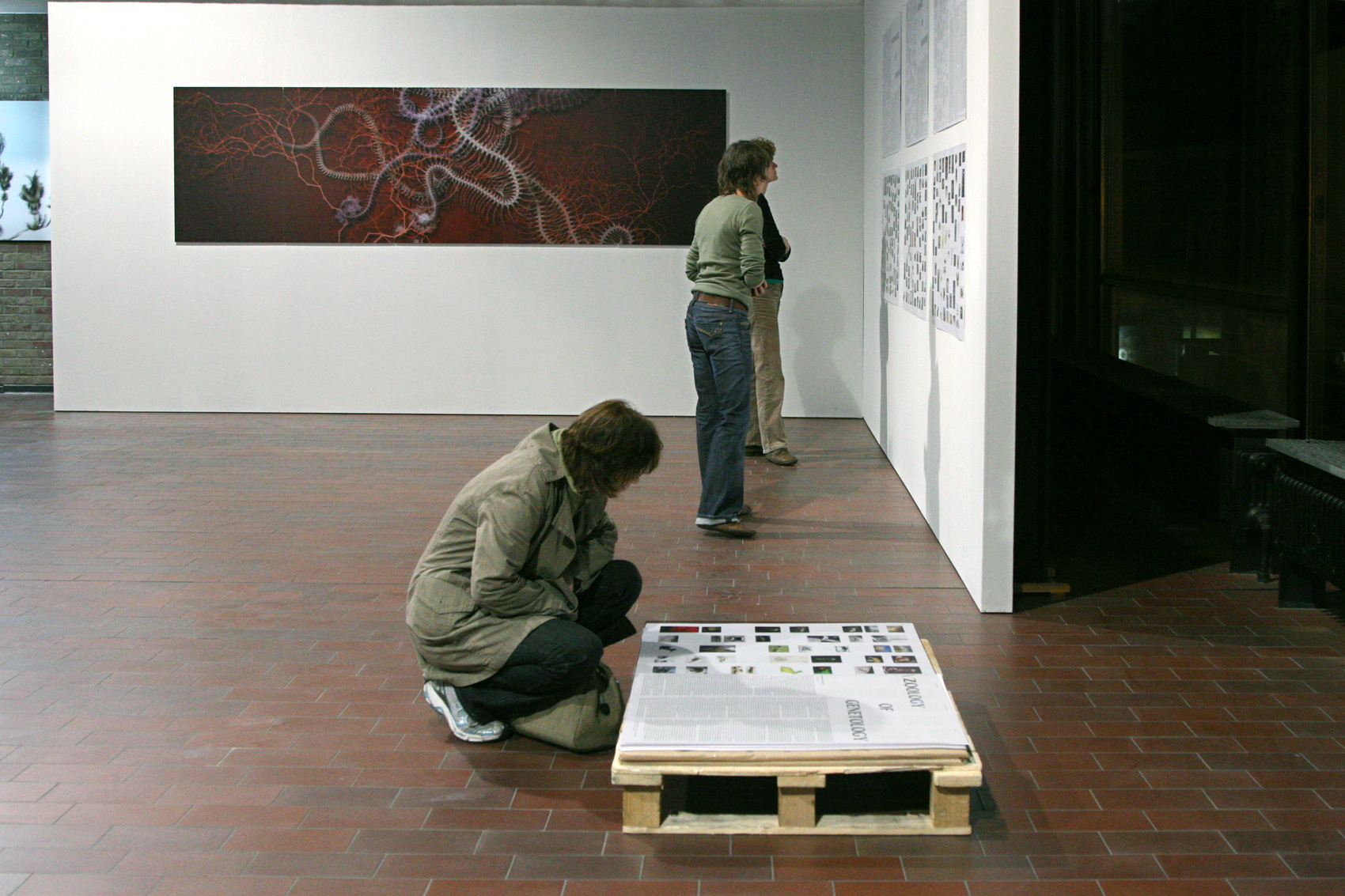 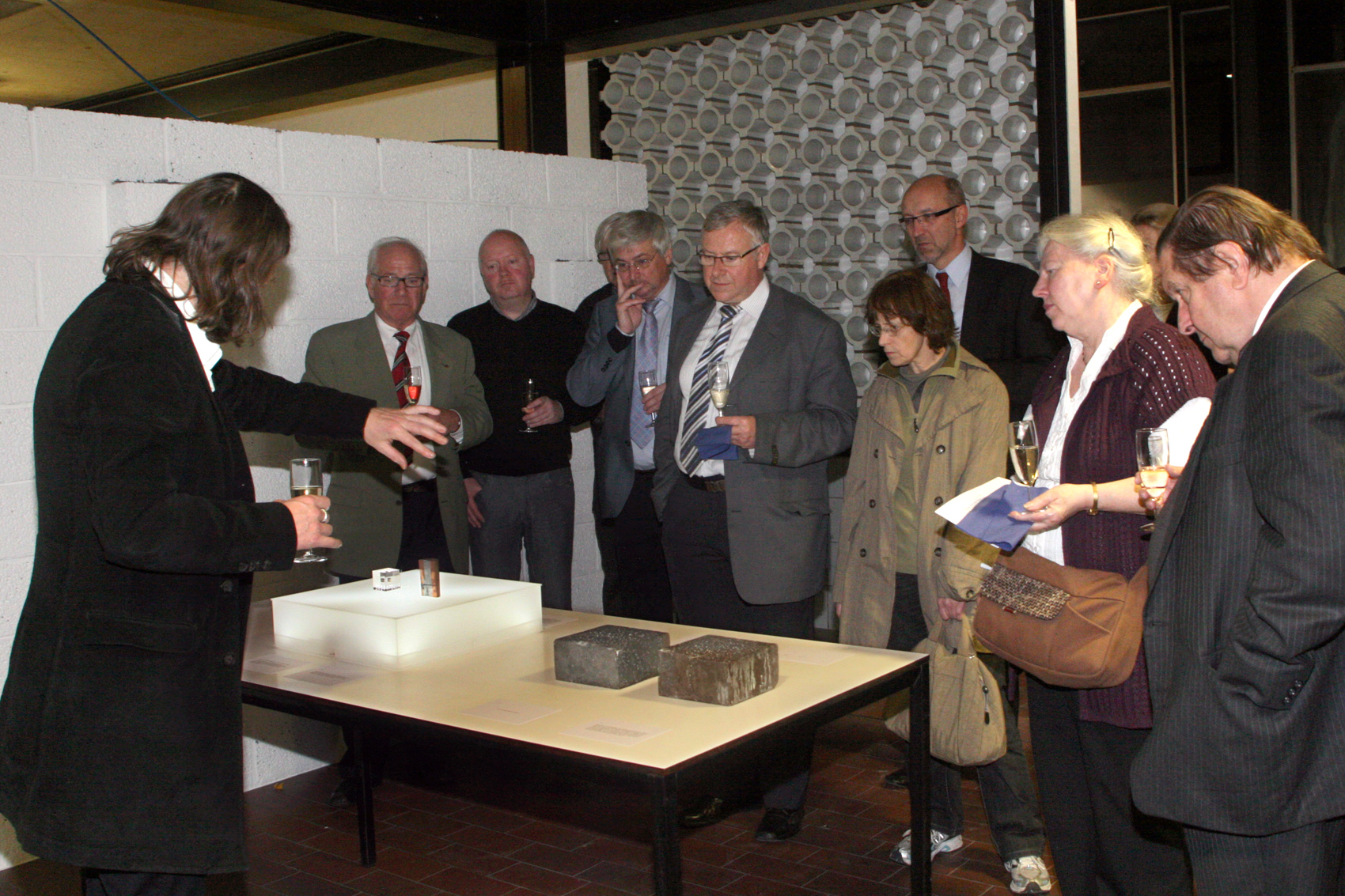 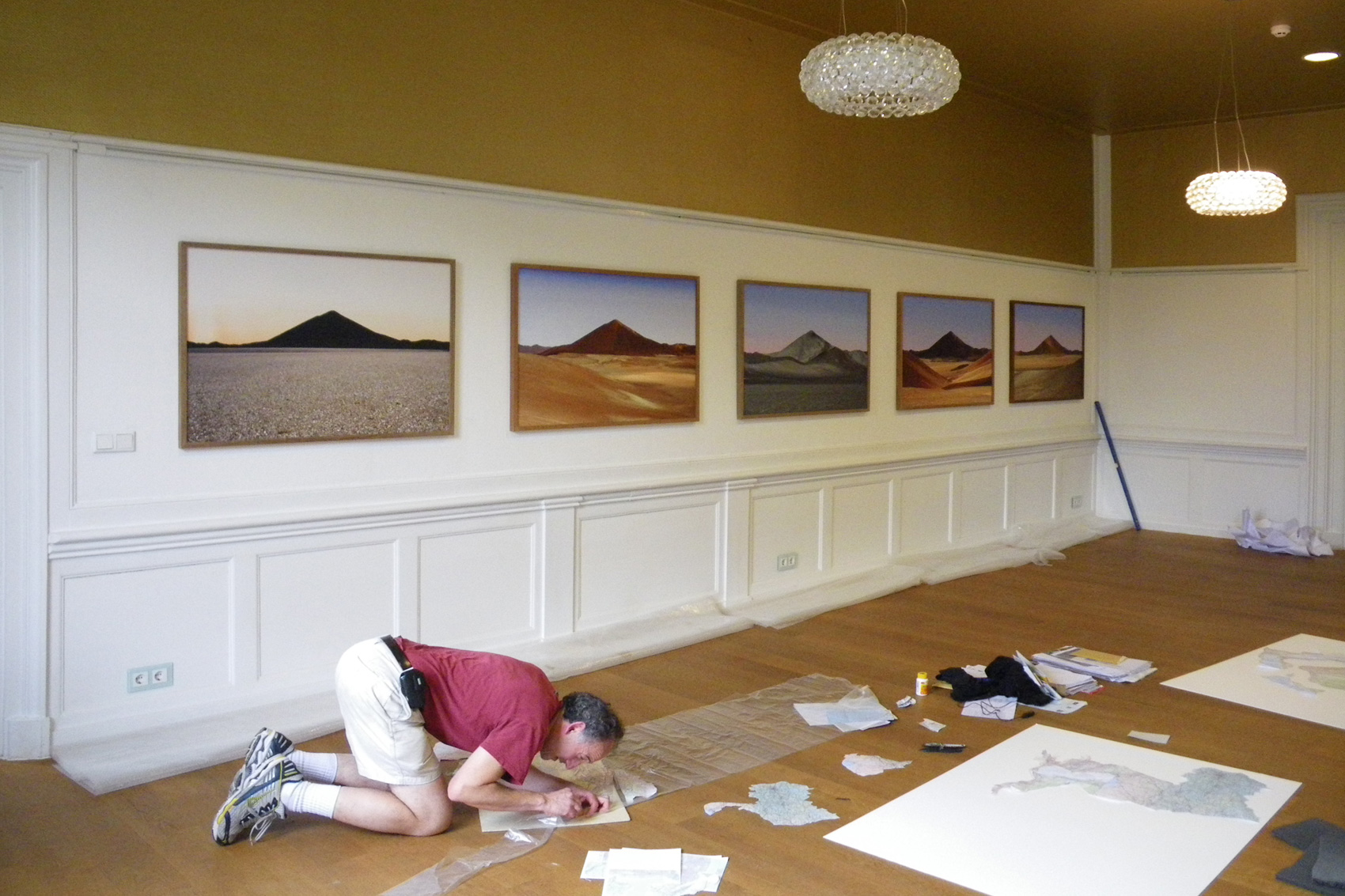 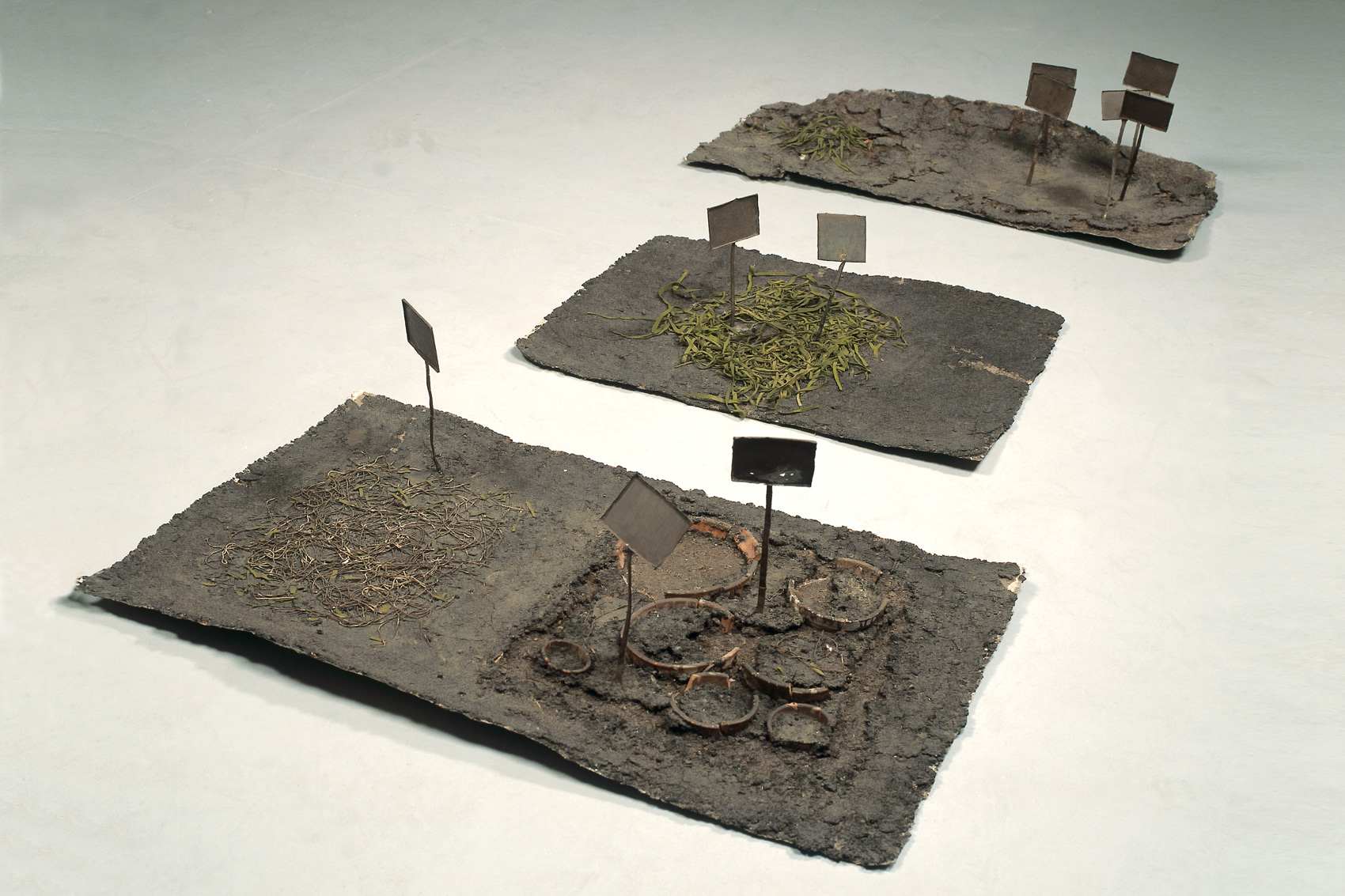 Landscaping, Oude Raadhuis, Hoofddorp, The Netherlands (2009) - after a long restauration period at SMAK, Ghent, the work Hofkens by Panamarenko is shown again for the first time as central piece in the exhibition

Genetology is a post-apocalyptic science which collects imaginary pieces of a puzzle putting back together again a possible future history. Eschatology preludes Genetology. In general it studies the human nature to stimulate change, manipulate evolution and alter the world in order to create something new. To be able to create a better understanding of Genetology, its definitions, conceptual outlines and working method is the basis of this research project.

The specific interest or intent of art and all existing sciences seems to flock together whenever a distinctive humanistic evolution is inevitable, creating an épistème of knowledge (- Michel Foucault 'The Order of Things'). In the Middle Ages we struggled to find similarities and resemblances between micro and macro, humans and god, earth and heaven. - We are all alike, mirrored by the image of God - was the prevailing dictum. It took until the 17th century before we started to look for differences, classifying species in separate models (taxonomy, Linnaeus) and paving the way for individual existence. In the 19th century Darwin and Lamarck opened the door to the past and instigated the origin of history. We discovered where we came from and started to reconstruct the string of our evolution. Marx introduced the theory of historical materialism and added why to the questions of when, where and how. Photography was invented and gave us the first artificial tool to catch a moment. Slowly but destined we became grounded in the reality of the present.

These new certainties, knowing where we come from and the ability to define the distinctiveness of being a homo sapiens sapiens, created an outburst of self-confidence during the 20th century in art and all the other sciences, opening up endless possibilities to act within the present. The result was there, immediately visible and the responsibility was all ours. This conviction in own abilities stimulated the industrial evolution, which changed the world beyond recognition and gave way to the largest population explosion in human history. We even introduced a new geologic chronological term for the epoch that began when human activities had an unquestionable and irreversible global impact on the Earth’s ecosystems; the Anthropocene. We learned to genetically manipulate life, we unravelled the mysteries of most DNA strings (including our own), we figured out a way to recreate almost anything out of almost nothing by using nanotechnology, and found ways to be everywhere at the same time (radio, television, internet). We mastered the épistème of the present, leaving but the future to be destined.

Genetology wants to prove and continue Foucault' assumptions by gathering enough evidence to conclude that after the present, the épistème of today is the future, the final frontier. By looking at the current methodology of different sciences, fields of study, artistic practices and religious beliefs, this research aims to embody the universal common interest in what is to come.

A weblog was created in 2006, which functions as an online sketchbook where besides individual work, other artworks, events in history, scientific discoveries, intellectual discourse and philosophical explorations are assembled in order to be able to define Genetology. The content is categorised within the different existing branches of science since they represent our best attempt to separate and encapsulate all existing knowledge.

In 2009 the first separate pages/quires of a large publication (70 x 50cm) about Genetology were published. For every new quire that is published, a text is written by a different author, relating to the context.

Several exhibitions have been initiated and curated with the intention to stimulate reflection on the remnants of a possible future past. In 2009 Landscaping focussed on the collaborative global effort to create a new geological layer over the earth. In 2012 The Museum of Forgotten History presented a wide variety of artefacts (Genetology in relation to the collection of MuHKA) that together formed the collection for this semi-fictional institution, providing interpretations of the period we know as the early Anthropocene, the Age of Men.