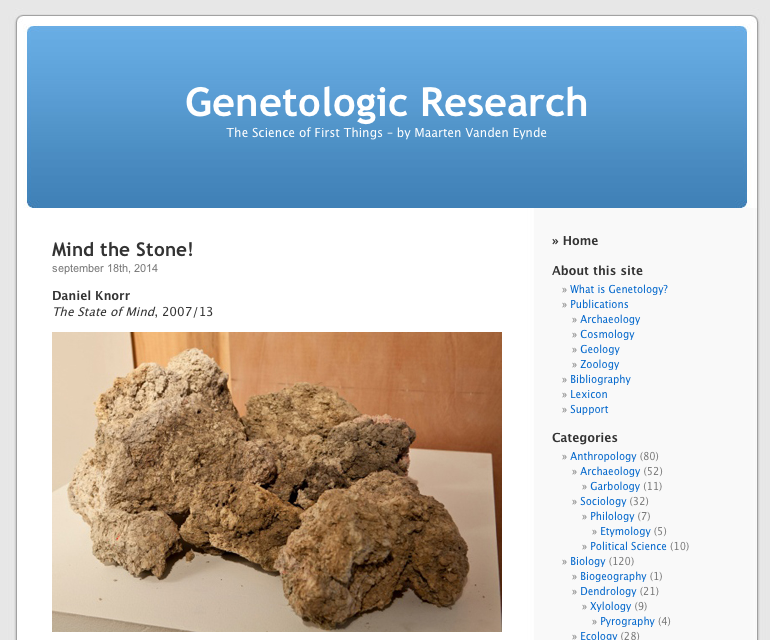 Screenshot of the weblog

A weblog, active since January 2006, which functions as an online sketchbook where, besides individual work, other artworks, events in history, scientific discoveries, intellectual discourse and philosophical explorations are assembled in order to be able to define Genetology. The content is categorised within the different existing branches of science since they represent our best attempt to separate and encapsulate all existing knowledge.