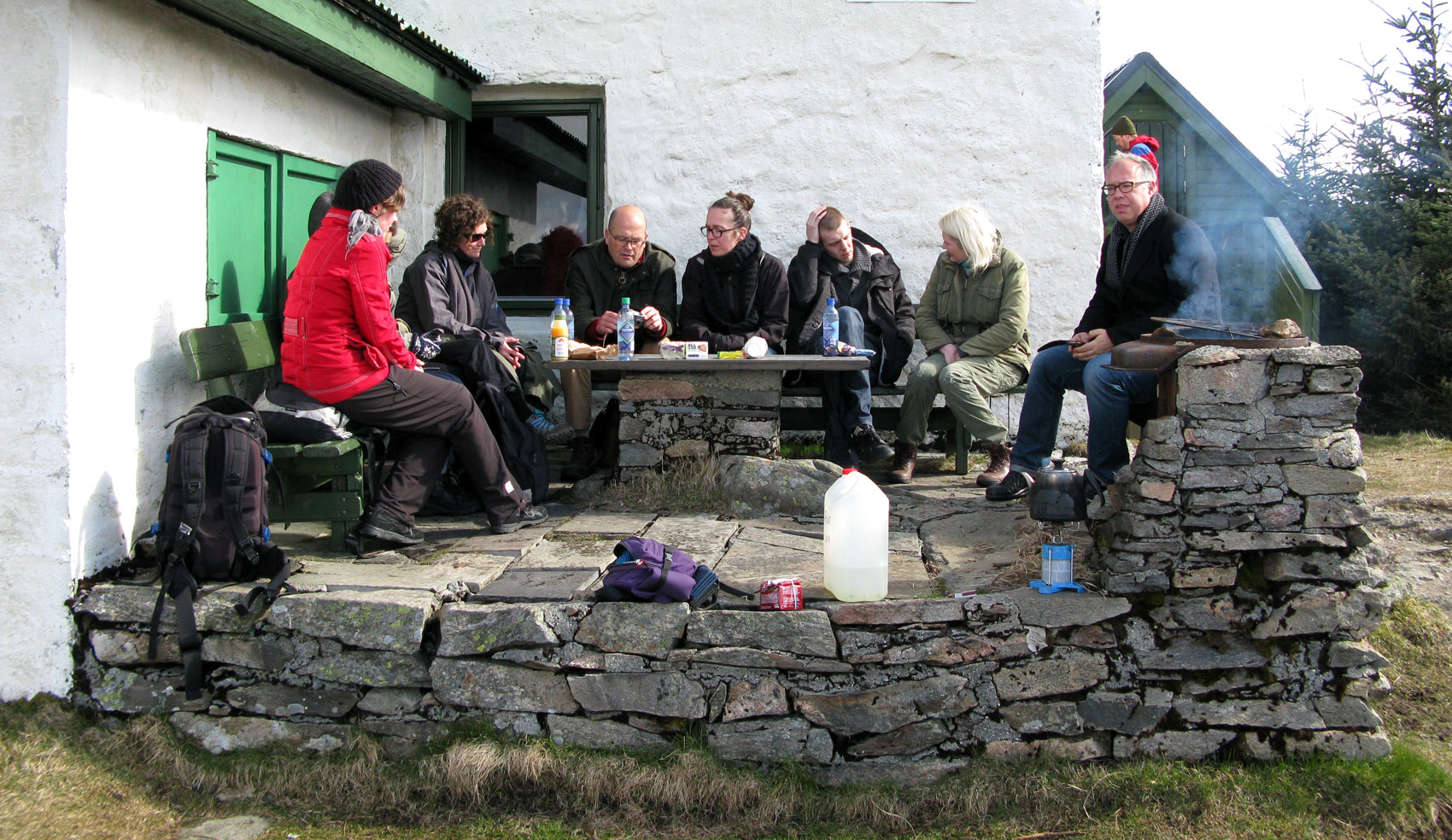 Taking a rest on a mountain

The Invisible Hand explored the way Adam Smith (the first major theorist of what we commonly call Capitalism) has influenced contemporary rhetoric's around Capitalism. His term 'The Invisible Hand' has been used and appropriated by many speakers, with contradicting points of views, and it became an important metaphor in the discussions on the influence of the free market. Together with a historian and an economist, a group of artists explored the roots of the capitalist way of thinking by discussing and researching Adam Smith and the way his ideas have influenced other thinkers. The group was challenged to take a stand in the discussion and develop a response towards these rapidly emerging global issues.

Major contemporary thinkers keep repeating that it is easier to imagine the end of the world then the end of capitalism. Simultaneously, protest movements all over the world are exploring and evaluating the core principles of capitalism, believing there are alternatives. These movements make visible a dismay that has been almost invisible for a long time in the western world. In front of banks and financial institutes people express their discomfort with the way the financial world has control over daily life and politics.

Norway has a very special position in Europe at the moment. Due to its wealth there is not the same urgency to rethink the value system like there is in other European countries or the United States at the moment. Its wealth if not its welfare system seems to be secured for another few generations to come. How does this particular situation affect the way Norwegians think about Norway´s role in the global economy, not to say the global environment, as the Norwegian economy is heavily dependent on oil as a commodity?

The workshop was helt in the form of a seminar group limited to registered participants, plus a panel discussion with historian Richard Sheldon, economist Ove Jakobsen and curator Charles Esche in the afternoon. The panel discussion was open for the public.