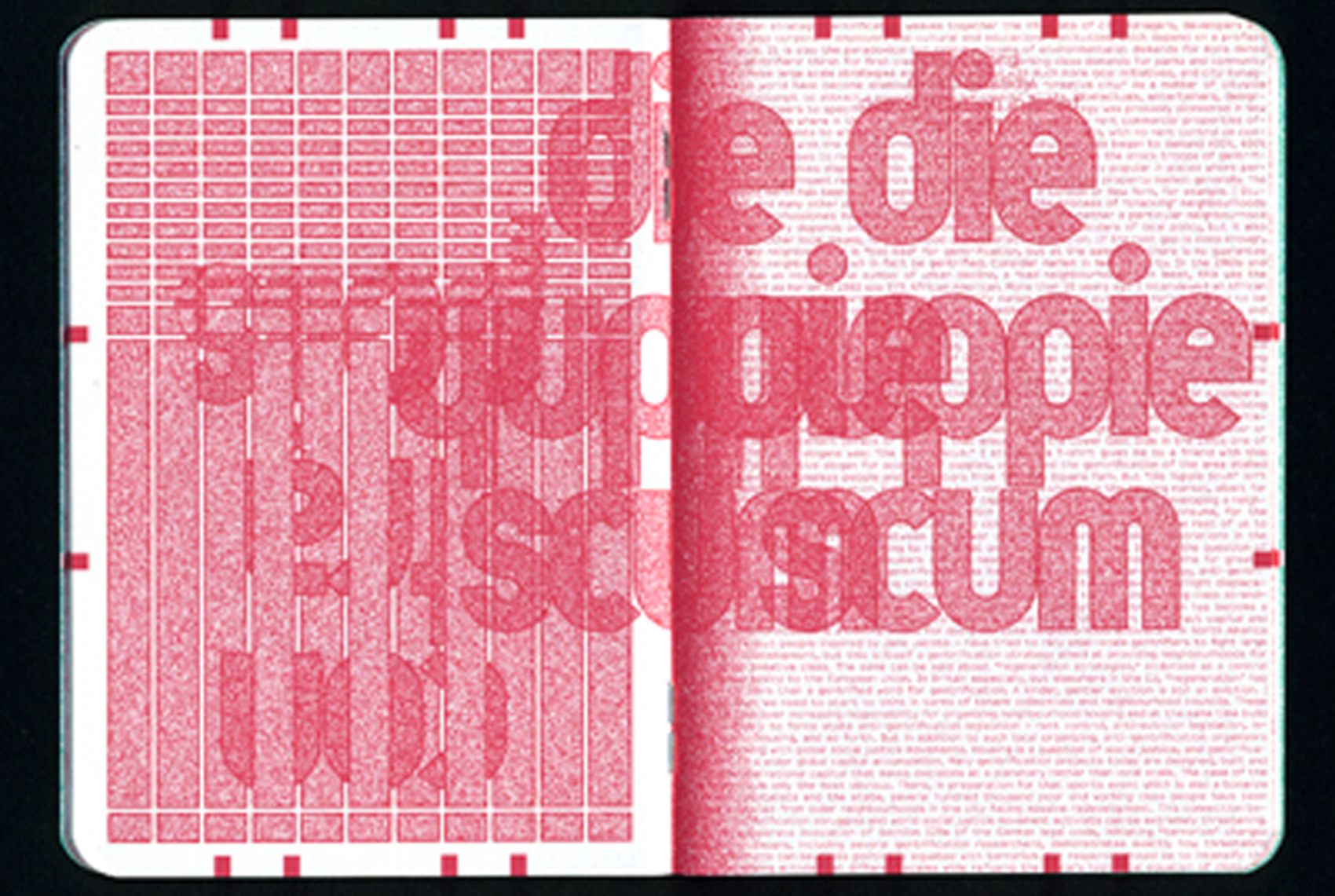 Booklet for Contrapolis designed by Metahaven

Organised by: Marina Vishmidt, the Jan van Eyck Academie, the NAi and the Poortgebouw

"Displacement of residents, whether they are gentrifying artists priced out of Soho or the poor and unemployed excluded from New York altogether, is no random by-product of gentrification but its structural condition.  Decay, disinvestment, abandonment . . .prepare the way for profitable reinvestment . . . Like all the social relations that art supposedly transcends, housing is one of the historical circumstances of its existence". Rosalyn Deutsche, "Alternative Space"

The core question of the event were "how is art, and cultural production more broadly, at once driving capitalist valorisation in the city and able to project forms of social relations that do not produce value for capital?"

Two days of workshops, discussions, walks, presentations, installations and screenings that articulate approaches and experiences around the contentious nexus of culture and urban regeneration in Rotterdam, Amsterdam, London, Glasgow and Barcelona.

The workshops, artworks, documentation and public debate took place at the Netherlands Architecture Institute and the Poortgebouw . Artists, activists, scholars, architects, planners, designers and local people were invited to contribute their ideas in separate workshops devoted to topics such as informal planning, the role of creativity in urban development policy, and the conditions for art-based intervention.

The aim of the workshops was to develop perspectives including, but going beyond, the variously instrumentalised, palliative or autonomous roles for culture in urban transformation as framed  in contemporary analyses. We compared the urban development framework in each of the five cities by focusing on an overall tendency in neoliberal city planning to prioritize elite consumption, tourism, privatisation and micro-management of public space.  In addition, we looked at the ways in which the promotion of 'culture' or 'creativity' slots into these agendas. "Contrapolis" was intended as a platform for exchange of tactics, experiences and analysis.