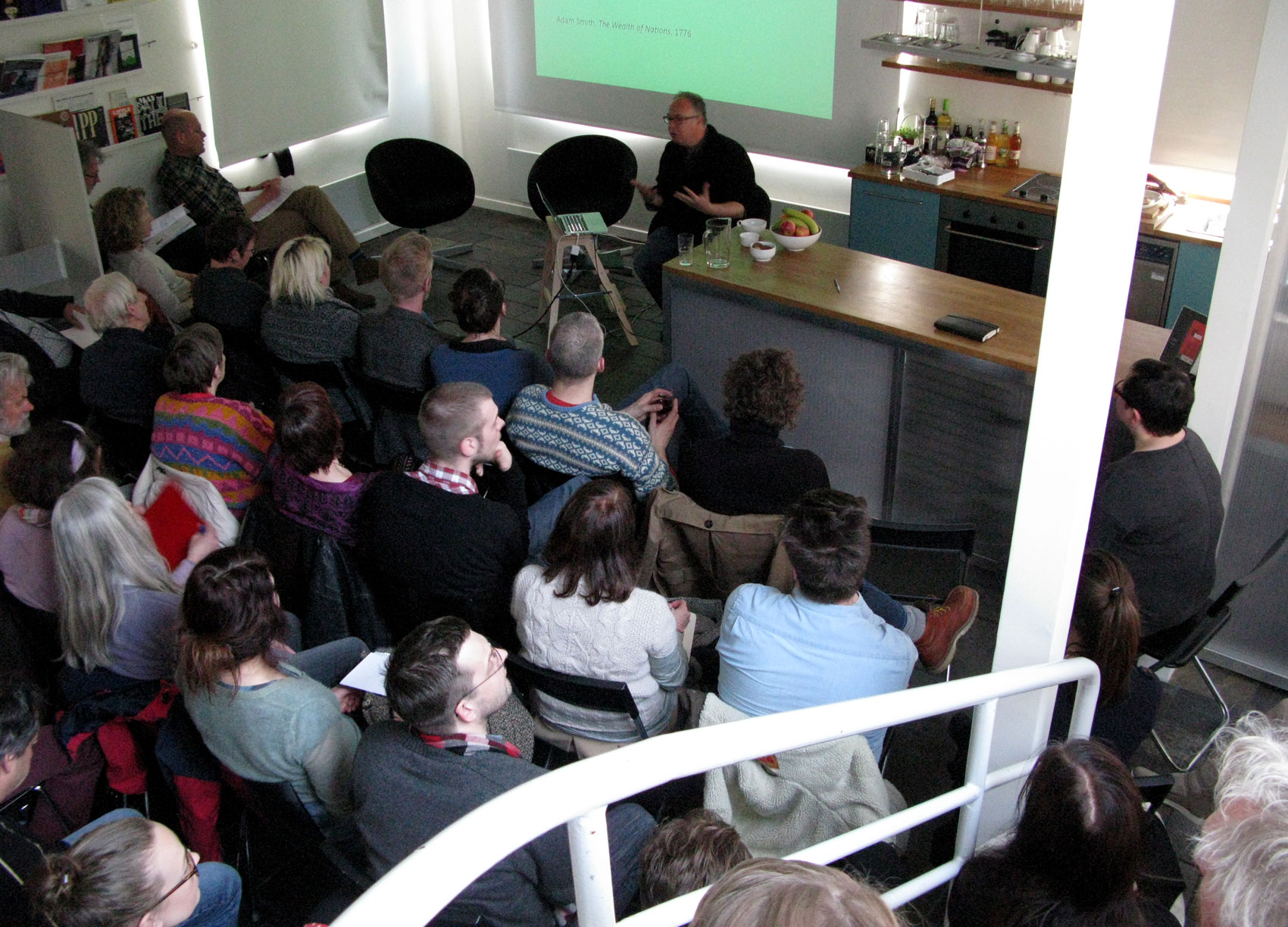 The Invisible Hand, explores the way Adam Smith (the first major theorist of what we commonly call Capitalism) has influenced contemporary rhetoric's around Capitalism. His term 'The Invisible Hand' has been used and appropriated by many speakers, with contradicting points of views, and it became an important metaphor in the discussions on the influence of the free market.

Together with a historian and an economist, a group of artists will explore the roots of the capitalist way of thinking by discussing and researching Adam Smith and the way his ideas have influenced other thinkers. Afterwards a panel discussion with historian Richard Sheldon, economist Ove Jakobsen and curator Charles Esche.