The edition Writing About of the magazine Fucking Good Art was edited by Lucia Babina and Zoë Gray (organisers of Talking About!). 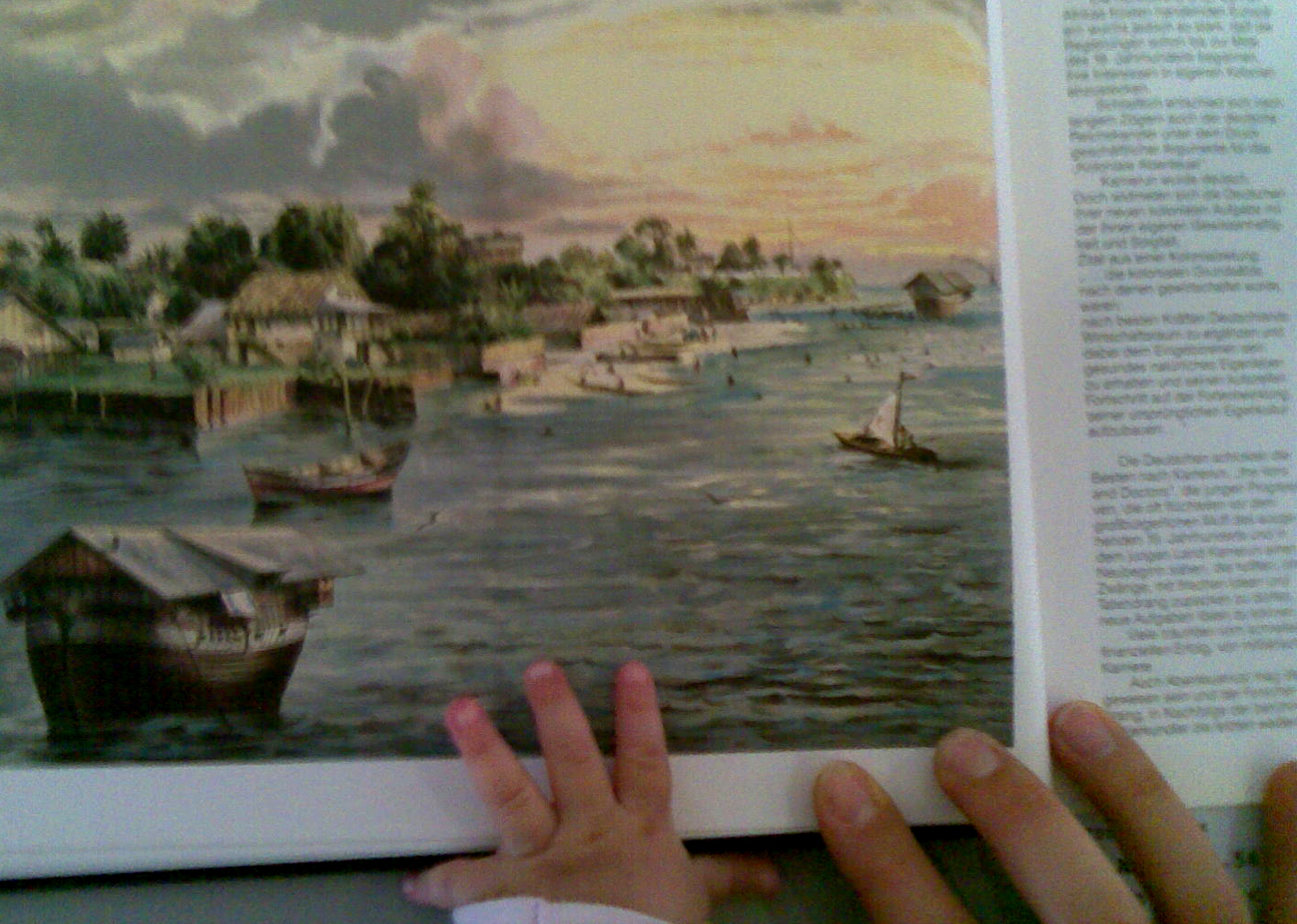 Annette Schemmel and daughter Lilo: colonial history for the next generation?

Lucia Babina’s and Zoë Gray’s special edition of the magazine Fucking Good Art reflects on the conversations engendered by the sejour of six Cameroonian art professionals in the Netherlands in 2009. Enough Room for Space was one of the Rotterdam hosts.

Under the heading Writing About, readers can explore the transcript of an artwork by Libia Castro & Ólafur Ólafsson, a story of a young Cameroonian’s attempt to cross the Sahara desert and make it to the promised land of Fortress Europe. As a counterpoint, artist Goddy Leye – in conversation with Emiliano Gandolfi – narrates his European training and how he decided to invest his career in a life-long project in Bonendale nearby Douala. Goddy Leye and his frequent collaborator Ruth Afane Belinga each present a short text ruminating upon ideas encountered during Talking About! in relation to art and gentrification and to curating as a professional practice. Achille Atina reflects on public art seen in Rotterdam and what it could mean in a Cameroonian context. Rob Hamelijnck and Nienke Terpsma present the transcript of their harbour tour with Achille K Komguem and Lionel Manga. Musing about art’s potential in such a massive industrial context, their conversation drifts from the Rotterdam situation to that in Douala. Annette Schemmel meditates about the disregard for colonial history in Germany in the light of the 50th anniversary of Cameroonian independence, whilst Lionel Manga and Alexander Vollebregt explore what it might mean to take the exchange between European and Cameroonian cultural producers to the ‘next level’.