SYNC at Greylight Projects, Brussels, BE

Location: The Chapel at Greylight Projects, Rue Brialmont 11, Brussels, BE

Thanks to: I'Iselp and Greylight projects 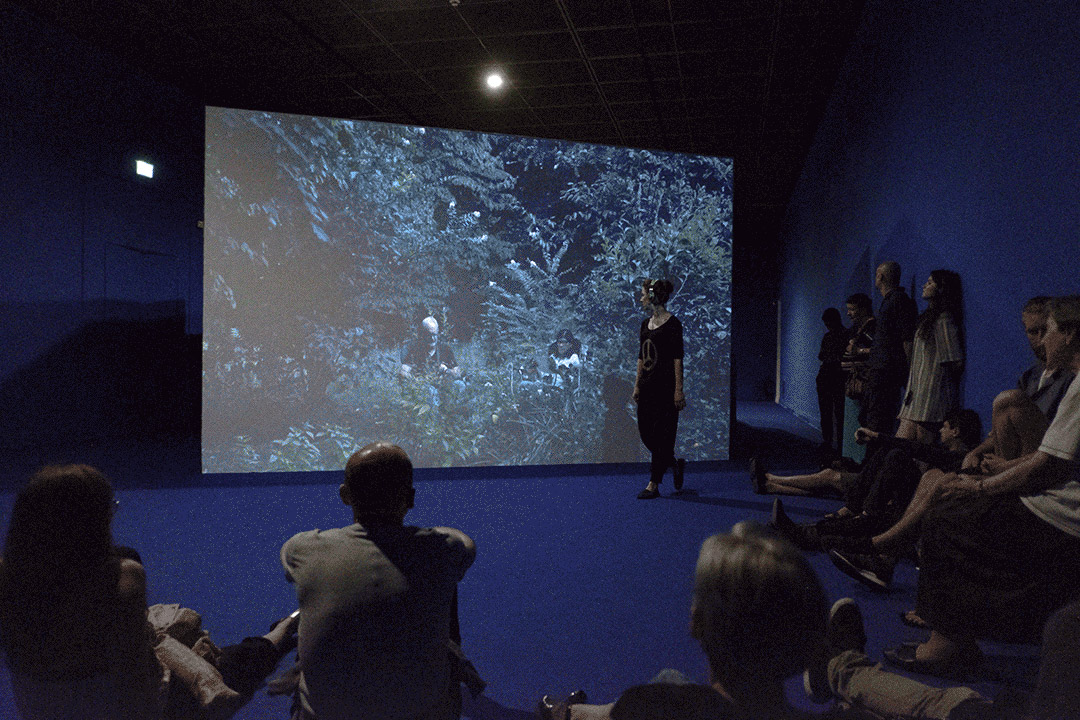 The Temporary Telecommunication Union.
Giving form(s) — in all the possible ways that this expression may carry — to what is invisible is at the heart of Simon Ripoll-Hurier’s practice. From amateur radio operator clubs to ghost hunters, from bird watchers to the drums that could send signals on battle fields, the challenge is to successfully establish contact with a distant, absent being, by using much more mysterious means than those inhabiting our daily lives.

The performative film-installation Temporary Telecommunication Union is part of a project by Simon Ripoll-Hurier called Diana. On January 10th 1946, 11:58PM, a radio signal is sent to bounce on the surface of the Moon from the Camp Evans antenna (NJ), which receive the echo back a moment later. It’s the first success of Project Diana: « man’s first contact with the Moon ». Moonbounce communications were abundantly used by the army and the secret services until the sixties, when the first satellites were put into orbit. Since then, the Moon only receives signals from a few radio hams across the world, when they succeed in building dishes wide enough to reach it.

With Diana, Simon Ripoll-Hurier uses lunar communications as a model and a point of departure, and looks after contemporary traces of this story. He proposes a series of encounters with characters spending their time trying to make remote communications with humans and non-humans, which imply bounces and alterations, and which call for peculiar listening attitudes.

Sometimes, birders try to attract birds by mimicking their calls. Other times, paranormal investigators try to communicate with ghosts. From time to time, radio hams make contacts, talking in a coded language and following obscure protocols. These characters and many more are building an ocean of interferences in which the background noise seems to take the main role. The composite assembly thus convened is called The Temporary Telecommunication Union.

Sync! at I'Iselp:
The idea behind SYNC! is to synchronise the energies of various Brussels-based collectives at one time. From nomadic duos to artist-run spaces and pop-up studios, artist collectives have an increasingly important place in the art scene. Why? How? Who for? Who by? So many open-ended questions to be discussed in a forum bringing together an array of Brussels based collectives. With: Adrien Tirtiaux, Buktapaktop, Clovis XV, Enough Room for Space, FRICHE, Herman Byrd, Les commissaires anonymes, Misssouri, Muesli, Lecture à domicile, PEZCORP, Postindustrial Animism, Tabbert 4500, Saout Radio, Overtoon et VOID.