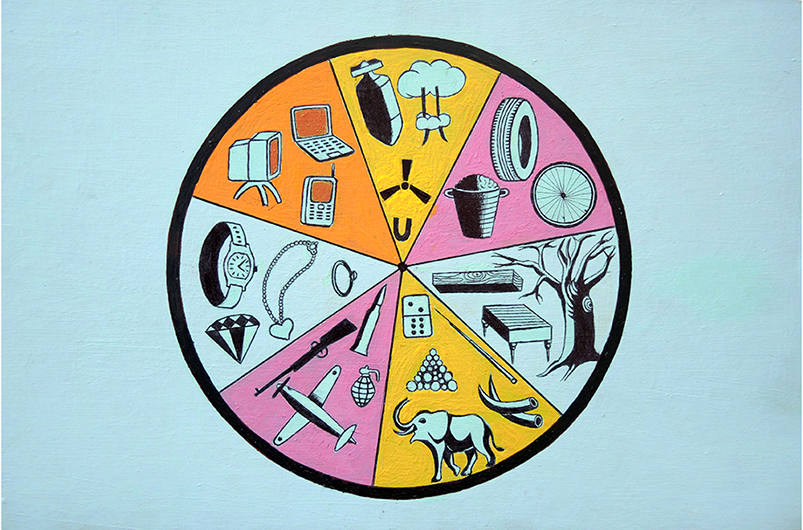 Maarten Vanden Eynde started the preliminary research for Triangular Trade in 2015 by investigating the historic under-recognised and often forgotten importance and influence of Kongo (currently D.R. Congo) and it's natural resources on the development of human kind. After three working periods in D.R. Congo he expanded his research to the Southern United States where materials like cotton, copper and uranium played a leading role in the transatlantic trade. Early 2017, the project beccomes public by organising two LUNÄ Talks, one in the framework of Performatik 2017 and one in collaboration with Agora, in Bozar, Brussels, about the specific influence of cotton on the distribution of wealth, the expansion of the slave trade, the industrial evolution and the current ecological crisis in relation to GMO cotton, Monsanto monopolies and fast fashion.