Commodity Frontiers is a biannual open access publication from the network of the Commodity Frontiers Initiative. With thematic focus, each issue of the journal features short articles, conversations with historians, social scientists, and activists about the method and practice of commodity frontier research, announcements of newly published books and articles, and more.

Each themed issue includes articles and interviews with experts about studying and teaching commodity frontiers in theory and in practice. The Journal features reflections and reviews on the dynamics of capitalist expansion, social change, and ecological transformation on global as well local scales, in the past and at the present.

Commodity Frontiers endeavors to carry out one of the central goals of the CFI: to provide long historical perspectives on problems that are often assumed to be modern, and to link historical and contemporary research to recast our thinking about sustainability, resilience, and crisis.

Commodity Frontiers is a biannual open-access publication housed at commodityfrontiers.com, and distributed through email subscriptions. Its editorial collective is committed to inclusive, anti-racist, anti-sexist, decolonial scholarship and politics. 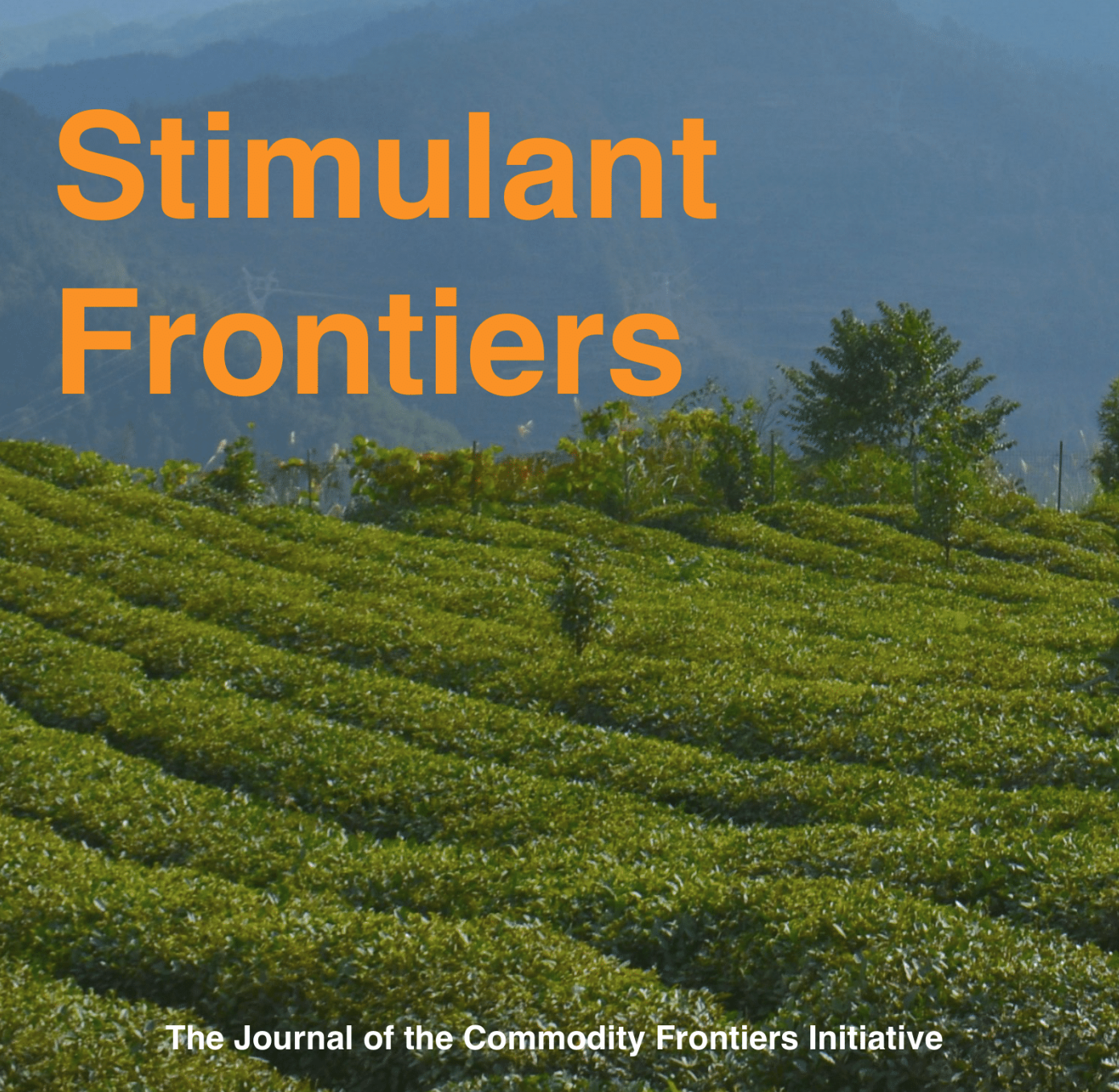 Commodity Frontiers Initiative explores the history and present of capitalism, contestation, and ecological transformation in the global countryside. Each themed issue includes articles and interviews with experts about studying and teaching commodity frontiers in theory and in practice. The Journal features reflections and reviews on the dynamics of capitalist expansion, social change, and ecological transformation on global as well local scales, in the past and at the present.

Stimulants have, in their own ways, played a leading role in shaping today’s globalised world. Their world-shaping power stems from their double role: as “agents” that stimulate bodies, and as things that “rouse and incite” capital. In this issue of Commodity Frontiers, contributions center on the histories and presents of some of the leading stimulant crops and the sites and processes of their cultivation, expansion, and transformations. Contributors variously consider stimulants from the perspectives of bodies and capital, sometimes touching on their overlaps.

In the framework of the 2nd Commodity Frontiers Initiative Journal with the theme of ‘Stimulants’ Maarten Vanden Eynde interviewed Roger M. Buergel and Sophia Prinz from the Johann Jacobs Museum, which owes its existence to the coffee and cacao trade, but more importantly is unique in its endeavour to lay bare the intrinsically interwoven histories of commodities. The museum is dedicated to the global interdependencies of our life-world that become especially clear when tracing the history of important trade goods and their transport routes.

Fragment from the introduction by Mindi Schneider and Ulbe Bosma:

“Plant-based stimulants abound in our world today. Coffee, tea, and maté are the “cups of  ambition” that launch many of  us into days of  work, care, and play. We might take our hot beverages with a spoonful of  sugar for an added kick, and to sweeten the bitterness that comes in our morning (afternoon, and evening) cups. Sugar comes to us in many other forms throughout the day, from fruits, to candies and chocolates, to soft drinks and artificial flavors, to the processed foods that increasingly occupy the shelves in food markets across the globe. Many of us smoke tobacco and marijuana. Many of us chew coca leaves and khat leaves as we have done for millennia for their stimulating effects, and sometimes to ward off hunger. Many of us consume processed or derivative versions of  stimulant plants— like cocaine—in situations that span from “recreation” to addiction and many socially uneven points in between.

That the caffeine, sucrose, fructose, caffeine, nicotine, and other chemical compounds contained in stimulant plants produce “a temporary increase of  the functional activity or efficiency of  an organism” is clear from the daily practices of  groups of people around the world. Perhaps less clear is that these plants are also stimuli in Merriam-Webster’s second sense that “rouse or incite” economic, political, and social activity. Stimulant plants have long histories as smallholder crops, as plantation and industrial crops, and as commodities. A handful of stimulants played important roles in the rise of  modern capitalism and imperialism, and their cultivation and trade continue to powerfully shape landscapes and social relations. …