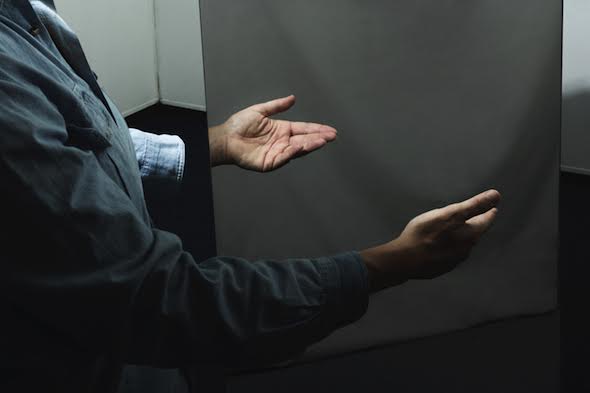 The video ‘Cast Witnesses’ is based on a series of performances that took place at Playground (organised by STUK and Museum M, Leuven, Belgium) and the Allard Pierson Museum in Amsterdam, in which a group of replicas of Greco-Roman sculptures were rescued from obscurity. In this video-based episode of the project, a small group of researchers attempt to heal the phantom pains of their mauled counterparts through self-designed therapeutic rituals.

Cast Witnesses is a research and performance-project around classical archeological reproductions. The historical background of a number of singular plaster cast collections in Europe, the antagonism between original and copy and the exploration of so-called touch tours, serve as inspiration for performative research in which both aesthetic and empathic relationships between art and its observers are exposed in all their ambiguities.

Cast Witnesses relates to these leftover replicas of a past civilization by using the plaster figures as proxies for our collective pains and desires.