Supported by: The IFA (The Institut für Auslandsbeziehungen / Institute for Foreign Cultural Relations) and the Kultureferat der Stadt München (DE) 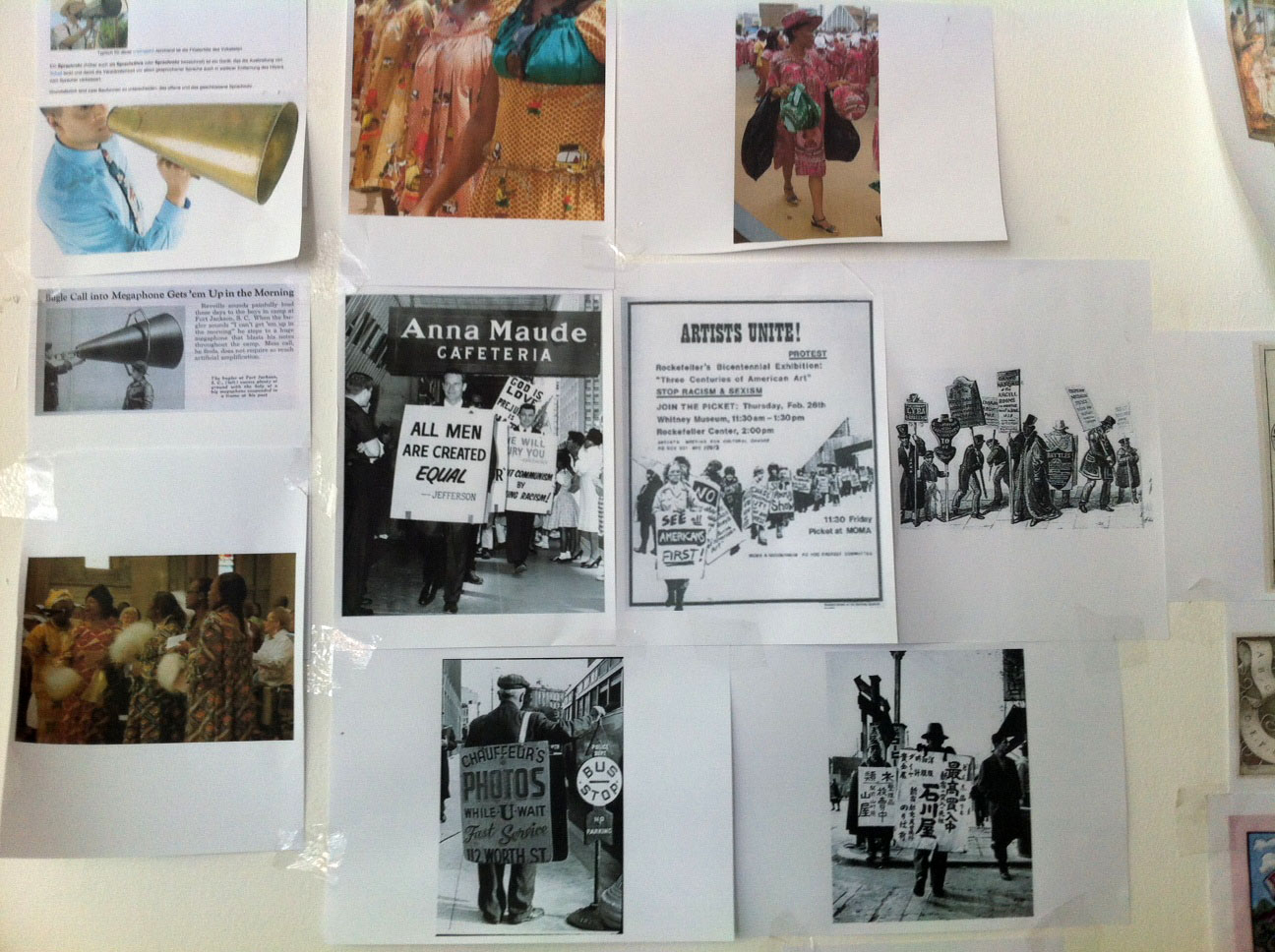 The two conceptual sculptors Justine Gaga (Douala) and Beate Engl (Munich) have started collaborating in the context of „Present Perfect“. Together they are developing a project called „Echo“ that deals with their respective working conditions as artists, with production and reception.

Beate Engl’s and Justine Gaga’s collaboration builds on their hitlist of seminal texts from art theory. By means of props, such as reworked propaganda fabrics, they humourously explore various means of propagating these texts. Actors will ultimately interprete them in a performance that involves the props. Their sound-installation gets presented in a kinetic sculpture.

The first stage will be presented in the second DiARTgonale Special edition, launched end of 2013.