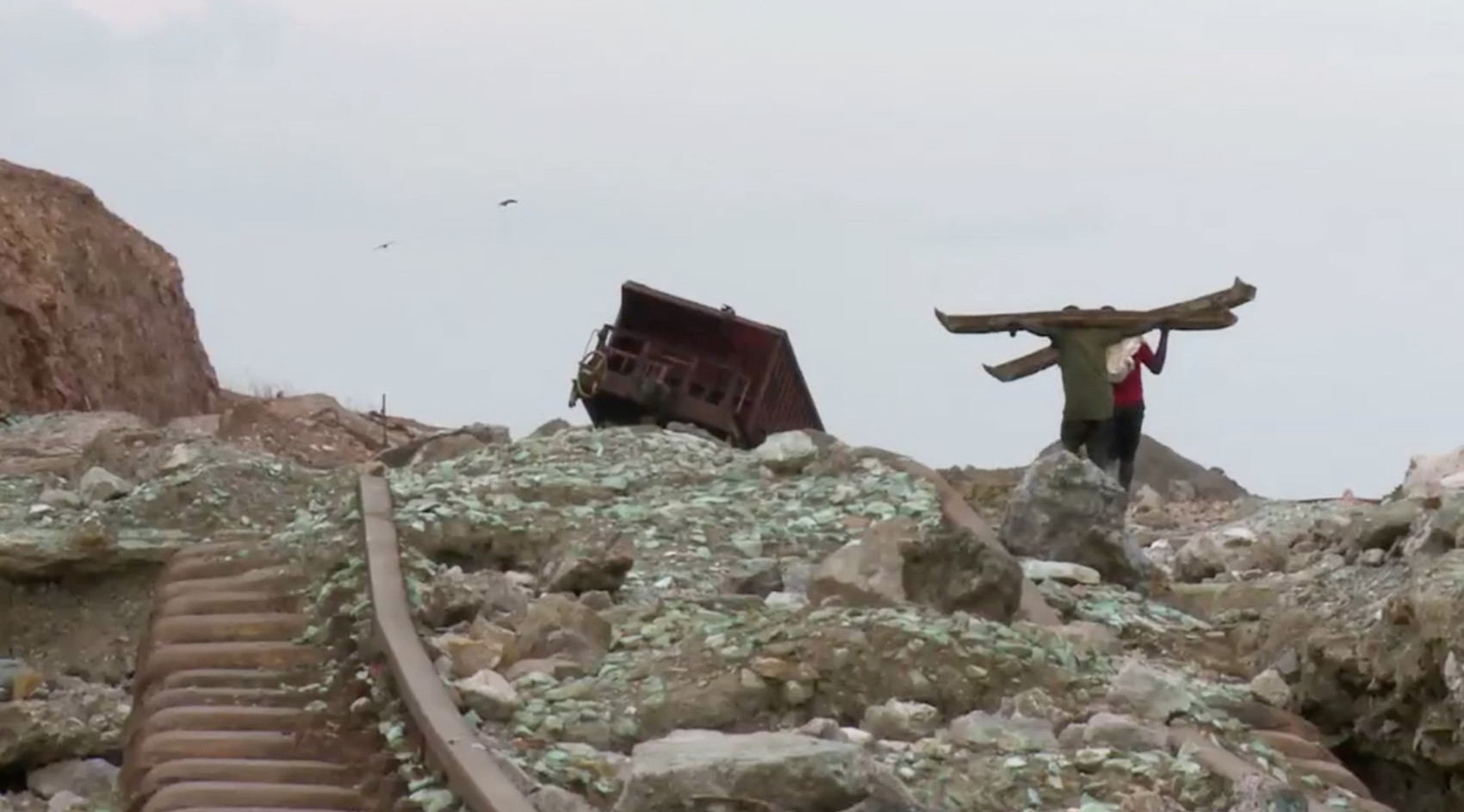 During PeriFeria, ERforS will welcome you in their Head Quarters in Drogenbos and present works relating to On-Trade-Off, initiated by Picha (Lubumbashi, D.R. Congo) and Enough Room for Space in 2018. On-Trade-Off is an ongoing artistic-research project that raises awareness about environmental and economic implications of the extraction and processing of Lithium, the main raw material needed for the global production of Green Energy. Focusing on this one chemical element (Li3), allows the project to zoom in on particular social, ecological, economic and political phenomena that characterize the production processes that are currently in full development.
These phenomena show striking similarities with production chains as we have known them since the start of triangular trade in the 16th century: inhumane labor during the exploitation and extraction processes; a perpetuated economic imbalance to maintain economic growth; uninformed end-consumers that are unaware of both the devastating production chain that led to their purchased wholesale goods, as much as their afterlife in the sense of a lacking recycling scheme.

Continuous screening of Avec Le Vent by Raf Custers, 2013 (35 min.) . Avec Le Vent is a documentary directed by Raf Custers that was mainly filmed in the mining province of Katanga in the Democratic Republic of Congo. The film highlights the progress of the mining industry as experienced on a daily basis by the Congolese. While copper and cobalt are extracted from the mines to feed the global economy, the negative effects of the industry are not regulated and the population suffers. A revision of the legal framework (the Mining Code) would make it possible to mitigate the flaws and excesses of the current situation and restrict the interests of the much-solicited investors.

PeriFeria is a free public festival organized by City3 every two years in the periphery of Brussels. Together with residents and local associations, designers and researchers, artists and creatives, City3 provides workshops, guided tours, artistic interventions and tailor-made spectacle and animation, based on the available know-how and imagination. This year it is to the southern fringe, with the focus on the border area between Stalle, Caelevoet, Drogenbos and Ruisbroek.