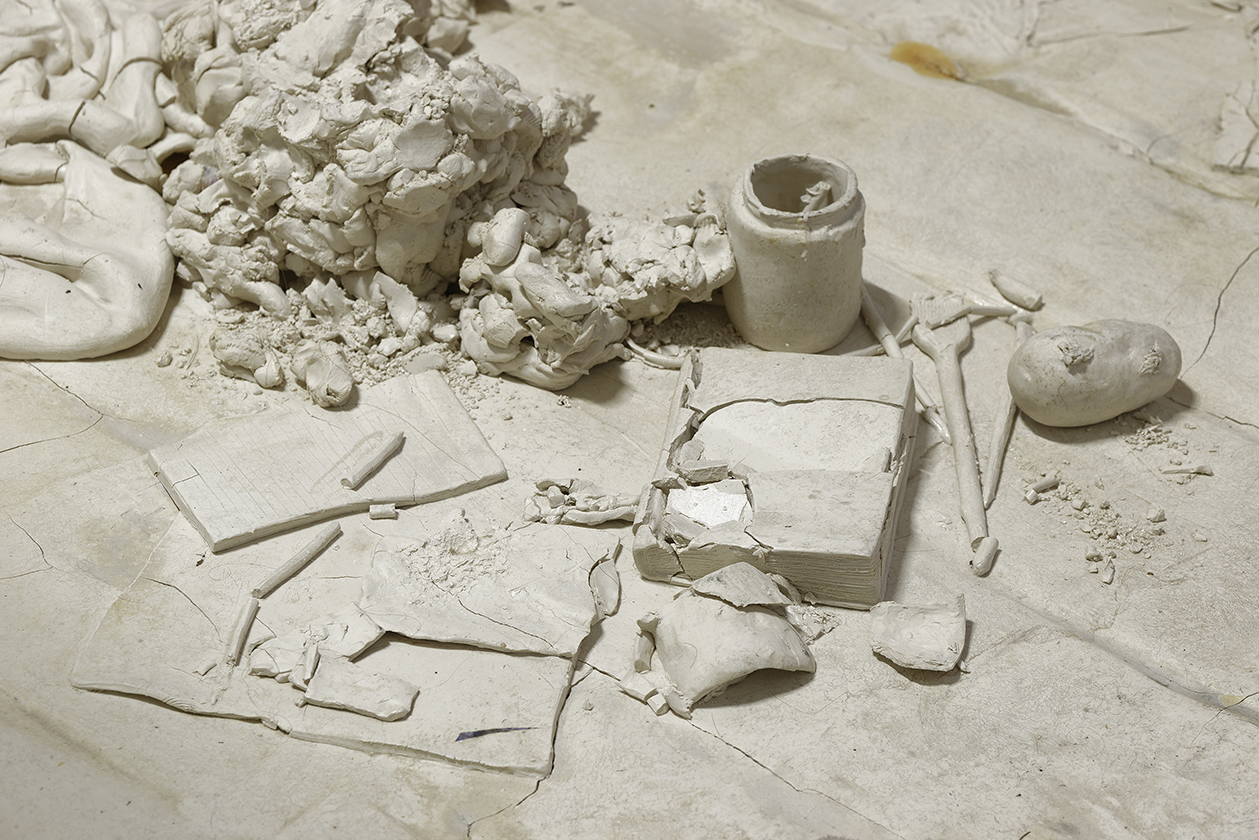 Performing Objects experiments with objects and their possibilities to act as an interactive performer towards its users or audience. The project is process oriented and creates moments of (critical) reflection concerning our embodiment and relation to the objects surrounding us, moments of creation, collective exploration during site visits and meetings with invited guests.

During a two day group visit to Paris we visited several exhibitions in the city and met with curator Lotte Arndt and artist Candice Lin to discuss their exhibition project 'A Hard White Body' at Bétonsalon and it's relation to the project Performing Objects.

"With A Hard White Body, Candice Lin weaves together two sto­ries that do not seem to allow for an obvious con­nec­tion. At first glance, the black American writer and social critic James Baldwin (1924–1987), and Jeanne Baret (1740–1807), French botanist and first woman to have sailed around the globe, appear to share only their ini­tials. Lin unites these two char­ac­ters who, despite two cen­turies of dis­tance, lived out desires that were allowed through dis­place­ment from their native lands. They nav­i­gated queer and racial­ized gender pre­sen­ta­tions that were pro­jected upon them and that at times they embraced.

In her instal­la­tion, Candice Lin pro­duces a bed­room made of unfired porce­lain, inspired by James Baldwin’s novel Giovanni’s Room, that she moistens with a dis­til­la­tion of piss, water from the Seine and medic­inal plants per­haps used by Jeanne Baret. Porcelain, this hard white body, evokes purity, white­ness and resis­tance to cracking or staining. An Orientalist object of desire, it was later used as a bac­te­ri­o­log­ical filter.