ERforS HQ and Hotel Charleroi, BE 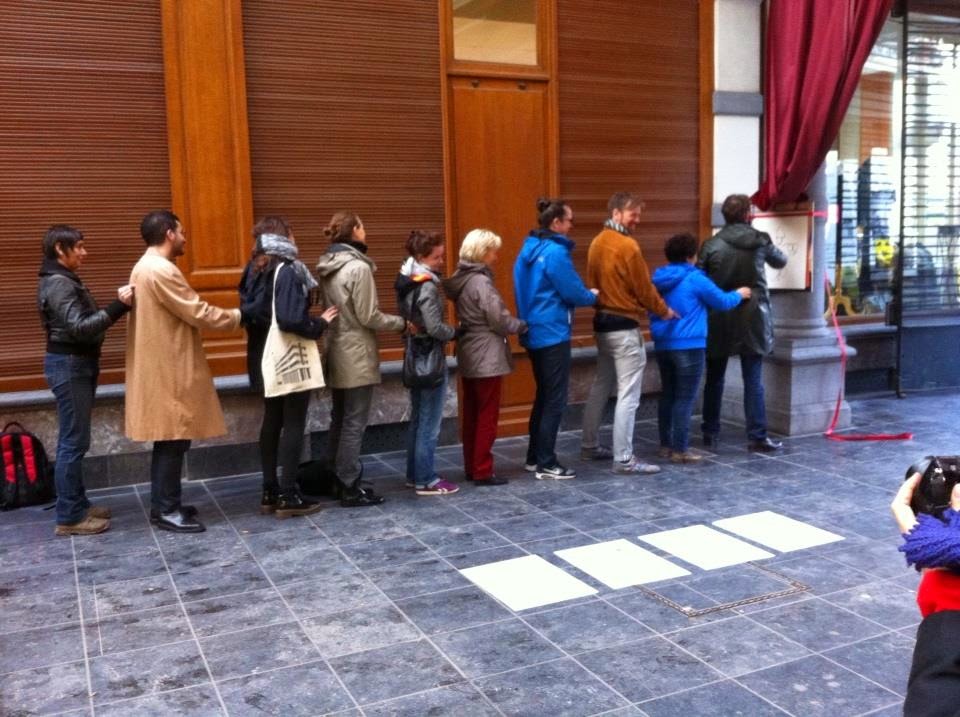 Participating in a performance of Simona Denicolai & Ivo Provoost

To explore international links and connections with other Vision Forum groups Karin Kihlberg and Reuben Henry travelled to Brussels to meet up with the Performing Objects group. We talked about Performing Objects and its current development and how each artist had approached the idea of research and development, linking the common theme of performing objects to their own individual practices. Karin and Reuben introduced their project The Disembodied Voice.

Through critical engagement, discursive processes and production this collaborative research project sets out to investigate the relationship between the disembodied voice and contemporary visual culture. Working together the group will explore an array of questions and ideas relating to their individual practices and concepts surrounding the disembodied voice. The group work across different fields, including film making, performance, writing, curating and archiving.The group will explore ideas and complexities of the disembodied voice, leaving room for unexpected discoveries, connections and expansions of the subject. They will take part in workshops, site visits and activities held by guest speakers from a variety of fields to expand on their practice. We also visited Hotel Charleroi 2014. 2014 in Ville Basse, the lower part of Charleroi’s city centre which was co-initiated by one of the Performing Objects members Adrien Tirtiaux.

We look forward to follow the development of each others projects.