This iteration of End to End is initiated by: Lauren Grusenmeyer and Ann De Keersmaecker

-
Performing Objects: experiments with objects and their possibilities to act as an interactive performer towards its users or audience. This project researches different ways artists can anticipate this process during the conceptualisation and the conception of their work. The artworks made for this project will possibly manifest themselves in different locations outside the regular arts contexts. 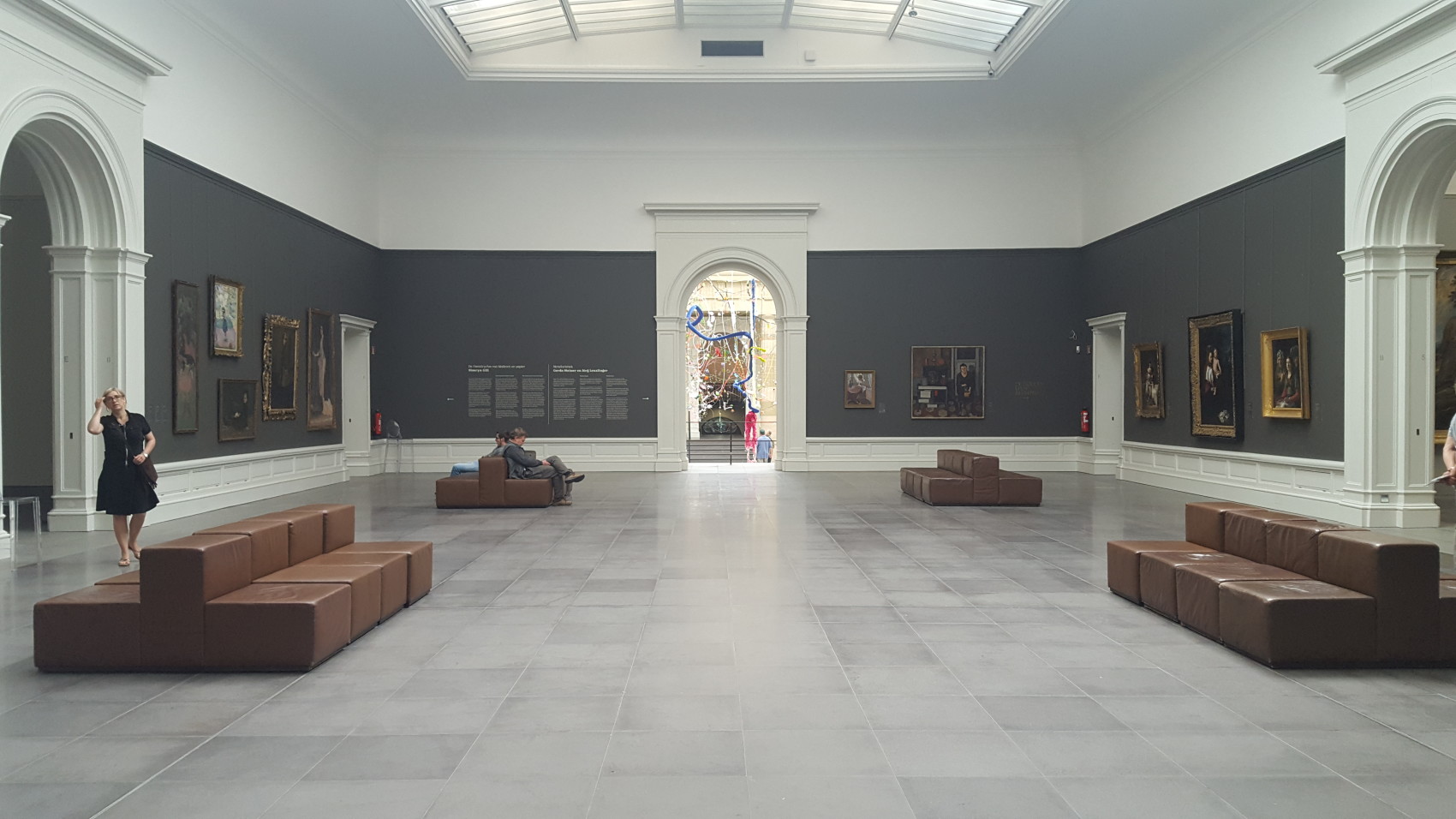 Location of the performance End to End, MSK, Ghent

End To End:
The End to End method can repeatedly be carried out under changing circumstances, at different locations, with different objectives and by different participants. Variations of the projects have so far been on display in China (Fei Contemporary Art Centre, Shanghai, 2015) and Madagascar (CRAAM, Antananarivo, 2016). For the project End To End the experimental group Performing Objects is inspired by Lean Management, a form of factory management developed by Toyota in Japan. They learned about Lean Management during a workshop in the Central Recycle Plant in Antwerp, BE. For the group this management method emphasizes the importance of the individual in the production line. Lean Management facilitates a possible interaction between man and thing - in contradiction to capitalistic production lines where only (the mass production of) the object counts. In Lean Management it is very important to organize evaluation moments with participation of the workers, clear visualization of problems that occur, relations between several segments of the production line and the people that work in it, etc.

Objections at MSK Ghent:
How can we give neglected objects a new life? How can we renew our ways of approaching things? Which force and resistance reside in objects? Blanca Callén (researcher), Soledad Gutiérrez, and Laurence Rassel (curators) explore the (r)evaluation of objects. To investigate the possible lives of things they invite you to write a new story for a discarded object. This way the museum is put forward as a place for care, repair, and transformation of forgotten objects and stories. Objections puts imagination and design at work to question our daily disposable economies.

‘Objections’ combines the idea of ‘objects’ with the meaning of ‘objection’ as an act of resistance. Social psychologist Blanca Callén, curators Soledad Gutiérrez and Laurence Rassel, together with the team of the Fundació Antoni Tàpies investigate discarded objects. They gather practices and histories related to those objects that have been rejected or forgotten. The work of recovering and shedding light on them, raises questions to the way we live and to the reasons why we got rid of them. How do some objects retain, gain and lose value and visibility? Diverse target groups are asked to donate objects they will dispose of and are interviewed about their relation with the rejected object. A dynamic web database registers the material characteristics as well as the narratives of the objects and serves as a source of inspiration for exhibitions, workshops and discussions. How to recover, repair or mend the bonds with the objects around us? What happens when we recreate the narrative that attached us to this or that object?