Bio: Anne Wetsi Mpoma graduated in History of Art at the Université Libre de Bruxelles in 2007. She is enthusiastic about visual arts and performing arts. After a short experience in an art gallery in New York she sets up the association Nouveau Système Artistique at the end of 2008. The purpose is to contribute to the promotion, diffusion and realisation of projects by artists of  African descent within the Belgian and European society. Through her field of work she organised for instance the theme days of Afro Brussels City (meetings with artists, film projections, performances), the 2010 Independence Day Festival or the exhibition Présences Congolaises en Belgique at the Maison des Cultures of Saint-Gilles in 2016. She takes also part in various cultural projects with federal institutions. Wetsi has a weekly column within Africana, the cultural programme on Radio Campus.

This tour was organised in the framework of Performing Objects. 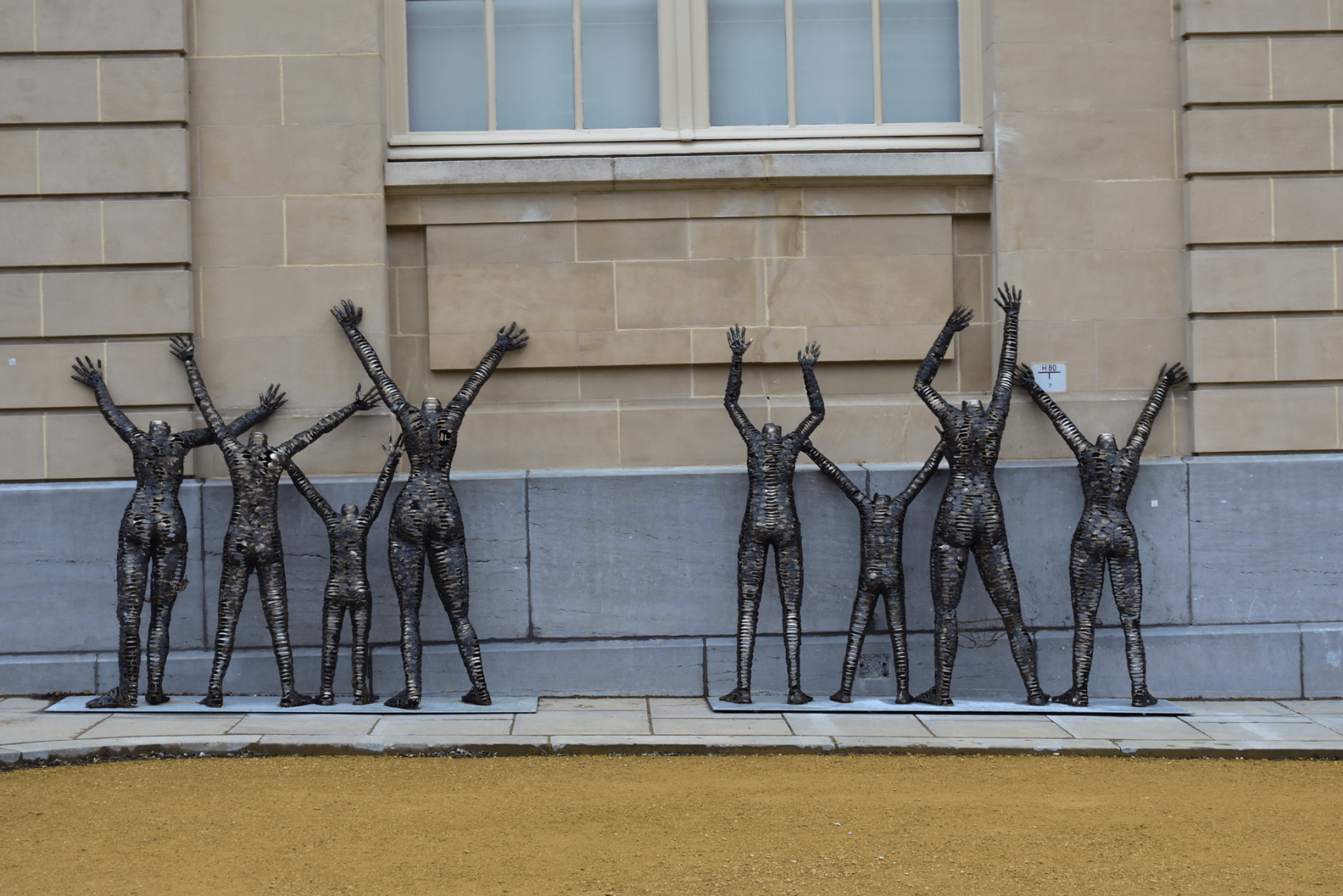 A decolonial tour through the newly rebuilt AfricaMuseum in Tervuren (BE) by Anne Wetsi Mpoma. Wetsi is an activist, journalist, curator and was a member of a group of 6 experts appointed to participate to the consultation of the African diasporas which was established by the Royal Museum for Central Africa (AfricaMuseum) and the latter. The group withdrew from the process after they felt their advises were not taken seriously. During the tour we discussed the difficulties she and the group encountered in the process, the museum as a whole, elements of the exhibition design and specific objects on display.

“You cannot decolonize a colonial museum if you start from a protected building that cannot be touched. The renovation money was used to rehabilitate the building. By putting all that money into the architecture, the building became even more colonial than it already was. After all, that architecture is the greatest symbol of the colonial concept."

“The consultation was not properly addressed and that is entirely the fault of the institution itself. Building a decolonial museum is possible, but with the necessary resources and a clear vision from the start. From the first contacts it became clear that that vision was not there. They wanted to save the cabbage and the goat. The former colonials were put on the same level as the people of the diaspora who are very critical. How can you compare these two groups? "

- translated excerpts from an interview with Anne Wetsi Mpoma in 'De Wereld Morgen'.

Anne Wetsi Mpoma is a member of the collective No Name. The collective is a collaboration of various other collectives and individuals who have long been working on decolonialisation and are active with several protest actions questioning the AfricaMuseum and its collection.