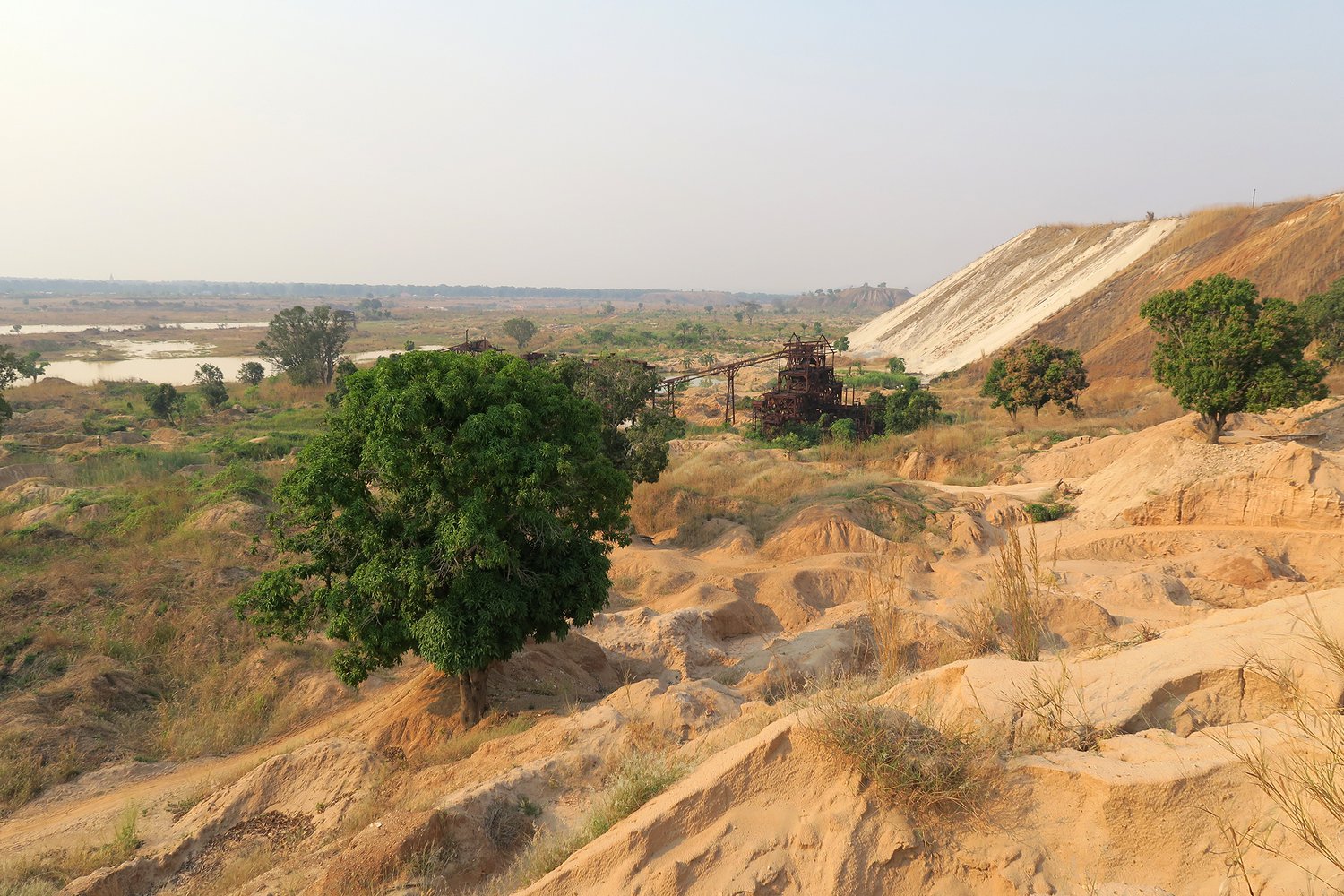 On-Trade-Off: Routes and Roads is a lecture performance by Alexis Destoop and Mi You. The ongoing artistic research project On-Trade-Off investigates the emergence of lithium – a volatile and unstable metal known as the “new black gold” – in the current energy transition to a green economy. The closure of the major mining operations in Manono, a town in the Tanganyika Province of the Democratic Republic of Congo (DRC) in the early 80s, left an altered landscape whose logistical equipment has slowly fallen into disarray. Recent geological exploration has confirmed vast amounts of lithium to be found in the abandoned mining pits, making for new interest and investments from foreign corporations, which could alter the town’s destiny.

Following the trajectory of the raw material from its point of origin in Congo, via trading posts in Australia to the production hubs in China, artist Alexis Destoop and scholar Mi You explore the stages of its transformation and, speculatively, envision the future mapped out by this new trade route. What are the mechanisms behind these trade routes? What laws legitimate this “extractive” mindset? What future is paved out along the “Belt and Road Initiative” (BRI) that China is about to roll out? Does the new economy spell a future that will redistribute some of the accumulated wealth back to Manono?

Alexis Destoop is a photographer and filmmaker. He studied philosophy and obtained a postgraduate degree in visual arts from Le Fresnoy, and has developed a research-based, situated practice. His multi-layered constructions in photography, installation and film examine the component elements of storytelling, the experience of time and the processes of identification and memory. In recent years, landscape has become his primary subject matter, which he treats with all its stratified meanings and histories. He has developed a specific interest in the artificiality of landscape, in which it is no longer a natural object but a thoroughly human construct. His recent works have dealt with contested environments where colonial histories and ecological issues are entwined.

Mi You is a Beijing-born curator, researcher, who is currently a lecturer in curating and mediating art at the School of Arts, Design and Architecture, Aalto University, Helsinki. Her long-term research and curatorial project takes the Silk Road as a figuration for deep-time, deep-space, de-centralized and nomadic imageries. Under this rubric she has curated a series of performative programmes at the Asian Culture Center Theater in Gwangju, South Korea and the inaugural Ulaanbaatar International Media Art Festival, Mongolia (2016). With Binna Choi, she is co-steering a research/curatorial project called Unmapping Eurasia (2018-ongoing). Most recently, her interests in the politics surrounding technology and futures has led her to work on “actionable speculations”, articulated in the exhibition, workshops and sci-fi-a-thon “Sci-(no)-fiction” at the Academy of the Arts of the World, Cologne (2019), as well as in her function as the chair of a committee on Media Arts and Technology for the transnational political NGO Common Action Forum.

Her academic interests are in media and performance philosophy, political philosophy and science and technology studies. Her writings have appeared in Performance Research, PARSE, MaHKUscript: Journal of Fine Art Research, Yishu, LEAP and Southeast of Now, among others. She is a fellow of the Alexander von Humboldt Foundation (Germany) and a member of the Academy of Arts of the World (Cologne). She serves as a director of Arthub (Shanghai and international) and an advisor to The Institute for Provocation (Beijing), and has taught at the Academy of Media Arts Cologne and the Dutch Art Institute Roaming Academy.