Online & Enough Room for Space, BE

Finissage of the exhibition: (Pas) Mon Pays' by Bie Michels

Due to limited seats please reserve at: erfors@gmail.com

OnTrade-Off is initiated by: Picha (Lubumbashi, DRC) and Enough Room for Space (Brussels, BE) 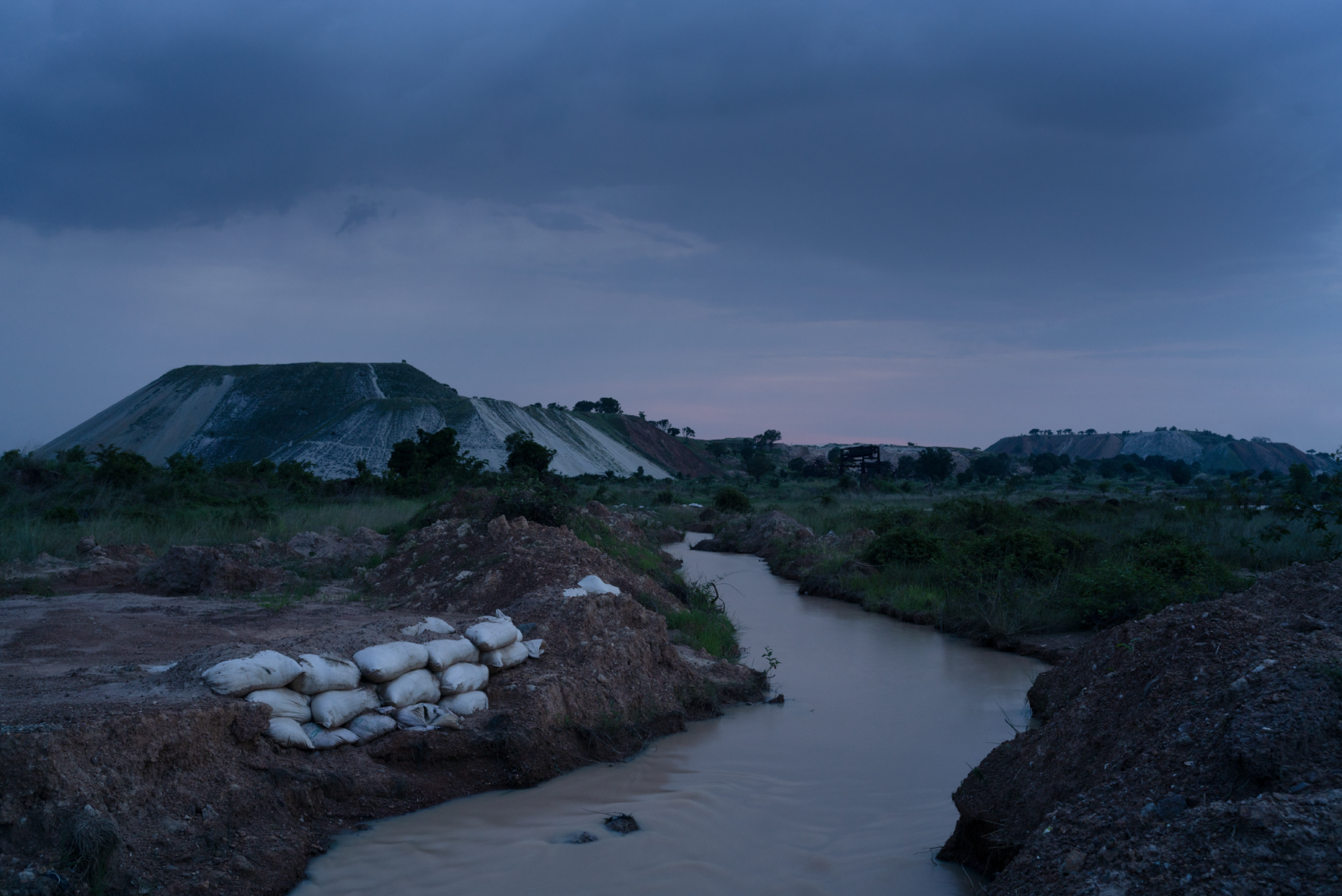 On-Trade-Off works on the contemporary dimensions of a question as old, as mythical and as strategic as our relation to energy. Taking the recent run on lithium as a starting point, the project explores a broad range of questions surrounding raw materials for technological industries, financial speculation, and the history of electricity.

This event will focus on the overall project On-Trade-Off with several contributors elaborating on their projects and their research. It will include presentations, discussions of the current topics on Transcontinental mining connections - coloniality and extractivism between Australia and the DRC.

First we start with a conversation between Alexis Destoop and Nicholas Mangan on their past and current film projects in relation to extractivism. The new film project 'Phase Shift' by Destoop sets the stage for an investigation of the multiple manifestations of Lithium – the volatile and unstable element that has become a symbol for the energetic transition leading us to a new age (after the age of steam, the nuclear age, ...). Mangan’s recent projects have focused on Australia’s geopolitical implication within the region, and its broader economic and ethical place within a global ecology. In order to excavate the contested histories surrounding specific sites and events, his studio practice incorporates extensive archival research, fieldwork and collaboration across disciplines.

Afterwards Marie Lechner will present her research on lithium mining in the Upper Rhine valley. In September 2020, the EU has added lithium, a key component for batteries in electric vehicles, to its list of critical raw materials for the first time. Lithium is essential for a shift to e-mobility, and for now Europe is 100% dependent on lithium imports. But the Upper Rhine valley could holds in its geothermal waters enough lithium for more than 400 million electric cars, geologists have estimated, making it one of the world's biggest deposits. A zero carbon lithium that is not without risks.

In the second half there will be a discussion of the research material and on site experiences by On-Trade-Off members in relation to Manono in DR Congo hosted by Lotte Arndt. Several members of the collective will be present online and onsite including Alexis Destoop, Femke Herregraven, Jean Katambayi Mukendi, Gulda El Magambo, Georges Senga, Maarten Vanden Eynde. On-Trade-Off was sparked by the ‘discovery’ of a large lithium deposit in Manono, a mining area in the DRC. The mine is not only a place of historical extractivism but plays a key role for the promise of green energy. As Manono is currently transformed into a site of speculation and future exploitation, On-Trade-Off simultaneously unfolds as a structure for counter-narratives and alternative forms of collaboration and artistic creation.

The day will end with the avant-première of 'Depth of Discharge' by Marjolijn Dijkman, a new film in progress produced in the framework of On-Trade-Off.

The event also marks the date of the finnisage of '(Pas) Mon Pays' by Bie Michels. The exhibition includes the film ‘(Pas) Mon Pays, Part I and II’, together with the installation ‘The Copy’. The exhibition also presents archival material in relation to the history of the colonial monument in Mechelen and the proposed new inscription.