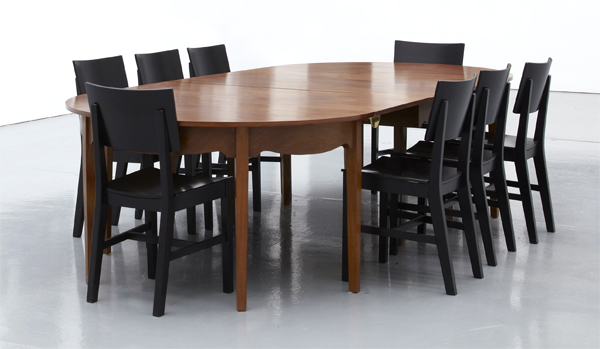 This LUNÄ Talk, held as part of On-Trade-Off, will focus on the environmental, social and economic implications of the extraction and processing of lithium. In the discussion, we will look at the history of energy and address the importance of raw materials from D.R. Congo in both the industrial and technological revolutions. At the same time we will address experimental models of sustainable energy production and future prospects for lithium mining in D.R. Congo.

Hosted by the artists Marjolijn Dijkman and Maarten Vanden Eynde, researchers Raf Custers (Gresea), Jeroen Cuvelier (Ugent) and Zheng Li (KU Leuven) will engage in conversation with the artists Femke Herregraven, Sammy Baloji and Jean Katambayi who are part of the project On-Trade-Off. The audience is welcomed to listen and actively respond to the ideas and corresponding artefacts put on the table. The conversation is part of the project On-Trade-Off, initiated by the artist initiatives Picha (Lubumbashi, DRC) and Enough Room for Space (Brussels, BE). On-Trade-Off takes its cue from the raw material lithium, currently considered to be the ‘the new black gold’ because of its crucial role in the global transition towards a ‘green and fossil-free economy’.

LUNÄ, a project by Marjolijn Dijkman (ongoing since 2011) references the legacy of the 18th century Lunar Society, a group of enthusiasts and scholars who met on full moon nights in Birmingham to discover and discuss new ideas, also known as the Lunarticks. Their debates brought together philosophy, science, industrial developments and commerce as well as art, education and social rights. Original Lunar Members included Matthew Boulton, Erasmus Darwin, Thomas Day, Joseph Priestley, James Watt and Josiah Wedgwood.Three centuries later, LUNÄ revisits this moment of historical significance with yet another critical discussion. Each conversation, in sync with the full moon, features a high tide of ideas, concepts and questions, instigating concordances between exciting current developments in science, philosophy and the social imagination.

Contour Biennale:
Contour Biennale is one of the most easily recognizable, large-scale exhibition platforms in Belgium: a unique initiative engaging with local and international artists who focus on the moving image and its wider representation in installations, sound and performance. The 9th edition of Contour will take on a whole new form.The projects presented during Contour Biennale 9: Coltan as Cotton are inspired by and relate to the city of Mechelen, its inhabitants and, more broadly, Belgium’s recent colonial history. It also poses more general questions about how to position a biennial, whom a biennial addresses and whether we can find sustainable ways to work on a biennial.

The curator, Nataša Petrešin-Bachelez, has designed this edition in phases: a continuum of projects in various formats, in contrast to earlier editions when the biennial ran for 10 weeks. Between September 2018 and October 2019, three major public presentations and several other events will shape the Contour Biennale 9: Coltan as Cotton. These phases will be aligned with the lunar cycle, one of our most natural rhythms, which induces a cyclical conception of time. The title is borrowed from the poem The Bear/Coltan as Cotton by the slammer, musician and poet Saul Williams.Artists will show newly commissioned films, installations and performances that explore entanglements between the decolonization of structures, mind and history in Belgium (in particular Mechelen), and the need for practices of degrowth and solidarity to be intertwined more profoundly with contemporary artistic practices. Many of the works have been made collectively with residents and organisations in and around Mechelen. During the three phases (in January, May and October 2019), there will also be a programme of talks and debates, including roundtable discussions and workshops led by the artists and invited contributors.