Bio of Jean Katambayi: Jean Katambayi Mukendi is a visual artist based in the Democratic Republic of Congo. His practice explores his interests which lie at the intersection of technology, mechanics, geometrics and electricity. He fuses his training as an electrician, with the influences from his daily life, within his works. Driven by complex electrical mechanisms, his installations seek to find solutions for issues within Congolese society through technological investigations. He has held solo exhibitions at Intemporal, Antwerp (2017) and Enough Room for Space, Brussels (2016), and also taken part in group exhibitions, including The Hum Comes from the Stumuch at Gladstone Gallery, Brussels (2018), Spurensicherung at Wilfried Lentz, Rotterdam (2017), and Eblouissements, at the 5th Biennale de Lubumbashi (2017).

The Fellowship is part of the project On-Trade -Off, initiated by: Picha (Lubumbashi, DRC) and Enough Room for Space (Brussels, BE) 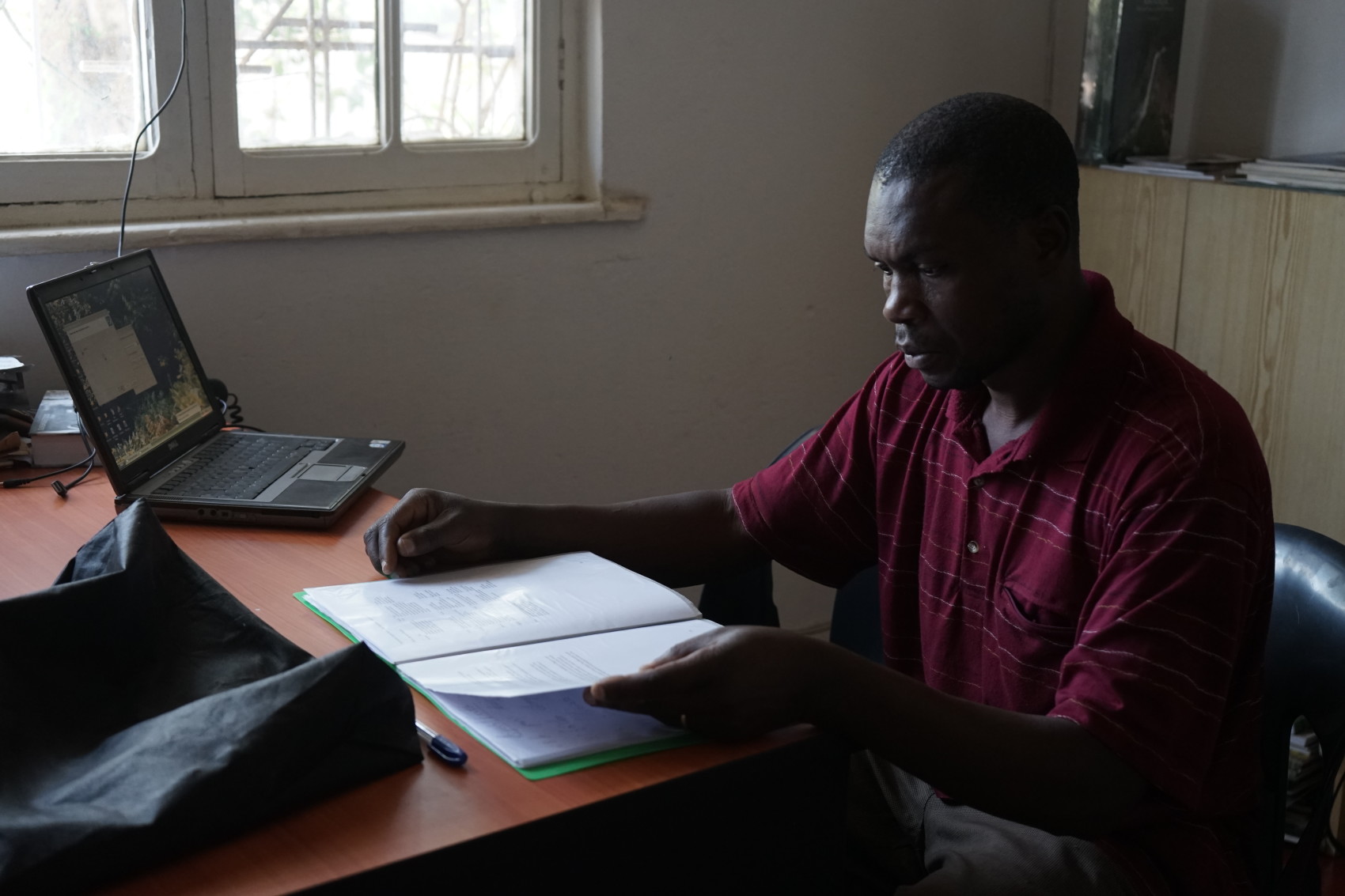 Digital Earth is a 6 month-long fellowship for artists and designers based in Africa or Asia, working across a variety of media, who would like to investigate our current technological reality. It is a unique research support programme, which supports experienced artists to reflect, research, experiment and produce work. The fellowship consists of a monthly stipend for work and production costs, mentorship and other various resources. The final results will be exhibited in a roaming exhibition.

Jean Katambayi received a Digital Earth fellowship to work on a research project that starts with the production of a copy on 1:1 scale of the notorious Tesla Model X with recycled copper wires using a special weaving technique. He thereby wants to draw attention to the economic inequalities within Congolese social classes, which he believes will grow even more through the environmental impact of the so-called “green revolution” and capitalist mining industry. Ultimately, his research will focus on the simulation of an accident with the Tesla car, to conceptually intervene with theories around an accident that will take on written, visual, and digital forms.

The work will be developed in close collaboration with Sammy Baloji and Daddy Tshikaya and is part of the project ON-TRADE-OFF, initiated by Enough Room for Space and Picha (Lubumbashi, DRC).

Digital Earth
A fellowship for research and experimentation with and around the materiality and immateriality of the digital reality.

Planet Earth is wrapped in a gigantic mesh of fiber-optic cables and electromagnetic waves. Its surface is drilled for resources to generate the energy for the data centers that are mining its digital skin for cryptocurrencies. The pervasiveness of technology and the entanglement of wires, devices, minerals and algorithms are creating accidental structures, which exist above and below ground, saturating the whole planet - both physically and cybernetically.

‘Digital Earth’ refers to the materiality and immateriality of the digital reality we live in – from data centers to software interfaces, and rare minerals to financial derivatives. Earth is dug, excavated, and ripped apart to extract the fundamental materials that keep the computational machine running – oil, coltan, sand, rubber, lithium form the material basis on which digital reality is built. At the same time, digital technologies enable new modes of circulation and extraction, of information and data.

Algorithmic regimes regulate the movement of goods and people around the world in relatively smooth fluxes enabled by increasingly sophisticated surveillance systems. These algorithmic regimes generate, track and accumulate such a mass of data that is already referred to as the ‘digital twin’ of Earth. The existence of a physical planet and its ‘datafied’ counterpart generate a discrepancy between the reality on the ground and what is recorded and broadcasted - often leading to violent socio-political, economic, ecological and cultural frictions.