On-Trade-Off is initiated by: Picha (DRC) and Enough Room for Space (BE)

On-Trade-Off works on the contemporary dimensions of a question as old, as mythical and as strategic as our relation to energy. Taking the recent run on lithium as a starting point, the project explores a broad range of questions surrounding raw materials for technological industries, financial speculation, and the history of electricity.

On-Trade-Off was sparked by the ‘discovery’ of a large lithium deposit in Manono, a mining area in the DRC. The mine is not only a place of historical extractivism but plays a key role for the promise of green energy. As Manono is currently transformed into a site of speculation and future exploitation, On-Trade-Off simultaneously unfolds as a structure for counter-narratives and alternative forms of collaboration and artistic creation.

On-Trade-Off will present new artworks developed during residencies and research on site in Belgium, DR Congo, China and Australia. Our propositions – in media as varied as photography, film, painting, sculpture and digital formats – debate how technological innovation depends on raw material extraction. 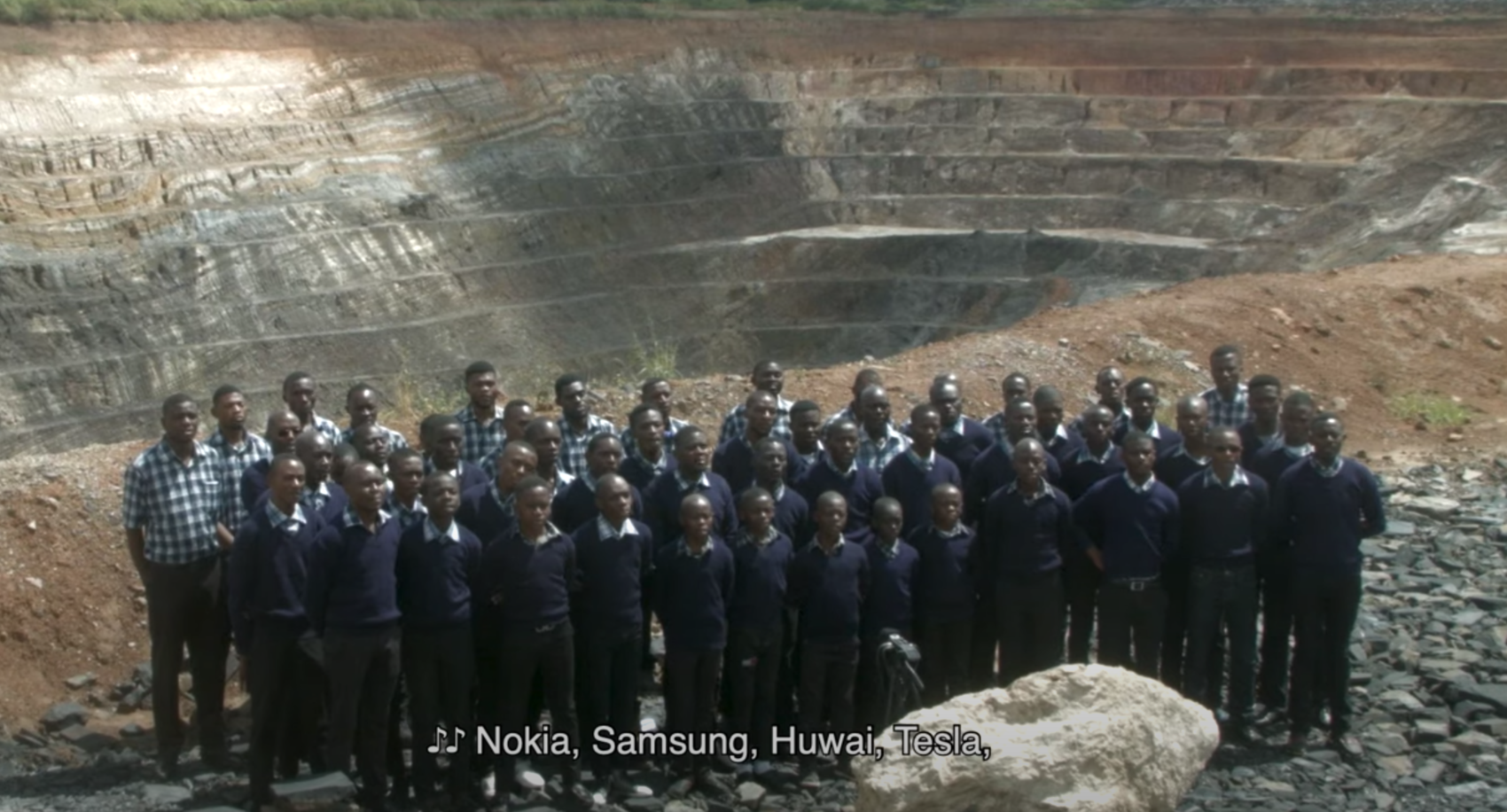 Dorine Mokha weaves together a personal and national history of the Congolese lithium mines to reflect on the economic and social political inequalities. Mokha will look into collective memory, forgotten, forbidden stories, oral and written archives around the site of the Gécamines Mining Company and the Manono lithium project open-pit mine. Lithium is a planetary commodity for the ‘digital revolution’ and multiple products, such as the Tesla car. While earth’s collective memory is being stored in memory drives powered by lithium batteries, Mokha aims to fight the local and planetary amnesia of the histories and memories connected to the sites of extraction for the minerals in the mobile phones we carry in our pockets. His project, (Dis)Charged is a research and performing arts project, in which he will combine music, dance, spoken word, and visual components.

Dorine Mokha is a Congolese dancer, choreographer, and author, co-artistic director of ART’gument Project in Lubumbashi, and associate artist at the Studios Kabako in Kisangani. Since 2013, Dorine has developed a strong personal work, including his autobiographical trilogy Entre deux (2013, 2015, 2020) and his recent collaborative oratorio piece about Congo mines Hercules of Lubumbashi (2019). Laureate of an Akademie Schloss Solitude’s scholarship (2014), Participant in the Seminar in Avignon at the Festival d'Avignon (2017), Selected Artist for the Pro Helvetia Studio Residencies in Switzerland (2019), or more recently for the Berlin Biennale (2020), Dorine has an active career and frequently tours, both in his own country and internationally.

In 2020, Dorine has been involved in various audio and video works in collaboration with, among others, the Studios Kabako, Kisangani the Zurcher Theatre Spektakel, Zurich; and currently with the Thyssen-Bornemisza Art Contemporary Foundation, Madrid. Dorine holds a Master’s Degree in Social and Economic Law from the University of Kisangani (2013) and is regularly writing for theatre, music, film, as well as contributing to literary journals.

About the Digital Earth Fellowship
Planet Earth senses itself through a gigantic swarm of satellites and a multitude of smart city sensors scans the flows below and above its surface. The mechanical viewpoints of our phones observe, sense, and analyse our bodies and biologies while tracking our movements. As algorithms influence our behaviour, real-time surveillance technologies are shaping politics in a profound way from Harare to Beirut, and from Lagos to Beijing.

A ‘sensorium’ describes the combined system of perception that an organism has to sense its surroundings. Has a planetary sensorium emerged in which a worldwide technological megastructure of cameras, sensors, laser lights, and ultrasonic waves gestures towards new organic and synthetic entanglements?

To imagine a Planetary Sensorium is to both acknowledge and re-imagine our conception of Planet Earth. As increasingly sophisticated technologies are created to sense the world, the Planetary Sensorium is drastically shifting people's worldview in return. Infrastructural networks and logistics of pipelines, high speed rails, and fibre optic cables have informed the worldview of earth as an interconnected and globalised whole in service of a specific mono-culture of technology. This in turn produces its own geopolitical realities, impacting how people’s lives are governed across the world.

The current planetary sensorial apparatus — sonic, tactile, visual, affective, and embodied — can help us to imagine alternate possibilities for the digital planet and new ways of living together. As the planet flows through human, technical agents, and other beings, a question then emerges: for which Earth do we create our intellectual, cultural, and artistic interventions?

The theme is inspired by the philosophical work of Lukáš Likavčan.