On-Trade-Off is an ongoing artistic research project that raises awareness of the environmental and economic implications of the extraction and processing of lithium, the main raw material needed for the global production of green energy. Initiated by Picha (Lubumbashi, DRC) and Enough Room for Space (Brussels, BE)

Picha:
Picha is an initiative of artists operating independently from Lubumbashi that supports and promotes artistic creation in the Democratic Republic of Congo. Picha provides visibility for contemporary art in Lubumbashi by providing a venue for exhibitions, meetings, artist residencies, training workshops and artistic accompaniment. Picha intends to promote artistic creation by taking as the urban space as a stage and the image as a medium. Picha wants to bring an artistic reflection, both endogenous and speaking to the world, on the city of Lubumbashi, its history and its environment today. In addition to the organization of the Biennale de Lubumbashi, the association has to its credit the realization of several exhibitions, video and photo workshops, training programs and artist residencies, conducted with the aim of offering national and international exposure to local artists and arts initiatives. 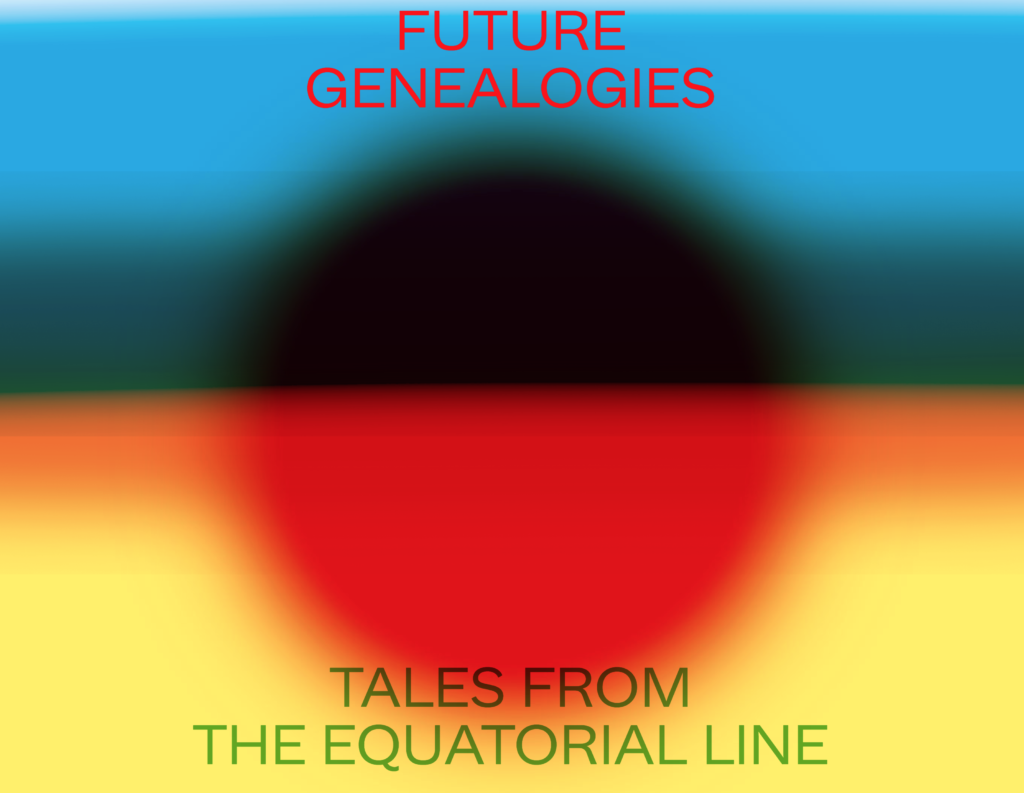 The 6th edition of the Lubumbashi Biennale, entitled Future Genealogies, Tales From The Equatorial Line, probes the possibilities of repurposing the cartography of the world. One of the seven African countries crossed by the Equator, the Congo claims the longest segment of the parallel on the continent. This places the region not only at the heart of Africa, but also at the bisecting line of the globe, at the zone of intersection between southern and northern hemispheres. By asserting this position, the Biennale repeals the modern fantasy of the Congo as “irrelevant locale on the periphery of cultural history” to reclaim its profound entanglement with the world and its globally central position, both past and present. The concept of the Biennale is to take the Equator’s imaginary line not as one of demarcation—the majestic Congo River disregards it by straddling it twice—but rather of imbrication. At its closest a place where earth gravity alleviates and where the poles’ magnetic attractions balance each other, the equatorial latitude opens the possibility for narratives that respond to alternate compasses, recognizes new centers of gravity and where de-polarized stories can unfold. At the same time, a region where the sun rises and sets quicker than anywhere else, the swift transition from night to day reminds that the possibility for renewal and change is always on the horizon. The Biennale wishes to explore the geographical paradox of being set in a region where history continues to be steeped in the depth of the soil’s resources, but whose unique position also has the potential to serve as a model to uproot established perspectives.

Taking its cue from the philosopher Achille Mbembe’s notion of “décloisonnement” (“decompartmentalization”, Ecrire l’Afrique-Monde, 2017), the Biennale pries open the equatorial line to collapse paradigms of center and periphery, of  “North” versus “South.” As unambiguously enunciated by the Cameroonian thinker, “there is no part of the world whose history does not have some African dimension, just as there is an African history only as an integral part of the world’s history.” This edition of the Biennale is interested in mapping these connections and in tracing these genealogies in new ways. At a time when the restitution of looted African artworks has become an burning geopolitical issue, and when museum institutions around the world are urged to proceed to their “decolonization,” art and images are at the heart of a shift in global dynamics. The Biennale wishes to seize that moment to produce new narratives of the past and to re-imagine a plurality of futures.

The two different seasons that simultaneously overlap in the country—above and below the median parallel—are inspiration to explore how different temporalities inform the present. Anchored in the history of the city and its photographic past, the Biennale is conceived as a two-folded platform—historical and contemporary. The historical axis revisits the local uses of photography in the Congo, both by the colonial propaganda and African practitioners of the time. Based on previous research and on a new image call, the integration of these private archives in the reinterpretation of Congo’s colonial past allows to subvert and reshape the dominant historical narratives. By opposition to the contemporary situation that still sees the West too often hold the exclusivity of the commentary about the colonial past, this exhibition is intended as a repatriation of the discussion about colonial visual regimes to the Congolese communities of people and artists.

Expanding on this reflection about the deconstruction of past narratives, the contemporary axis proposes to local and international artists to explore the modalities of inventing new constellations of ideas, persons and communities. The project is to decenter readings of our present world taking the Equator as the  “latitude zero,” and to rebuild its connections to both hemispheres. How can we imagine present and future stories that do justice to other latitudes, and yet recognize the interdependence of our globe? How to project a common humanity that does not awaken the universalist meta-narratives of the modern era and their excesses? At a time when the urgency of climate change relentlessly binds our common fates, it is imperative to decompartmentalize the old genealogies while producing new solidarities that ignore the dichotomies, and manage to project future entanglements. As stated by Achille Mbembe and Felwine Sarr in the proceedings of the last Ateliers de la Pensée of Dakar, “There is no longer any history that is at the same time that of human persons, technical ensembles, objects, mineral matter, organic vegetable and geoclimatic, even spirits.” (Mbembe and Sarr, Ecrire l’Afrique Monde, 2017). Due to its history and current situation, Lubumbashi offers an extremely strategic observation and creation platform to develop these new stories. Born out of the desire to exploit the extraordinary wealth of the soil of the region, the city and the society of Lubumbashi are the products of a close relationship to the Katangese land, whereas it is precisely these local resources which made it a key locus of the world geopolitics. This inseparable link between local and global makes the Lubumbashi Biennale a laboratory for cardinal reflection on the post-colonial, ecological and migratory issues of our time.

In many respects, the year of this 2019 new edition marks a pivotal moment of history. It is a time when many countries in Africa are about to celebrate the 60th anniversary of their independences; when the Berlin Wall will have fallen almost exactly 40 years ago; and when the global upheaval of 1968 is a little over 50 year-old. These events have largely shaped the post-socialist and post-colonial “constellation” in which the world has since lived in. At the same time, the signs of climate change underway, as well as the rise of new waves of feminism and migration undeniably propel us into a new era. The Biennale proposes to seize that turning point, to linger on this epochal threshold to deploy the array of imaginative ideas and creations that our societies will need to persist.