Installation and ongoing series of events

LUNÄ is one of the outcomes of: Please Excuse Our Appearance in 2007 at IKON Gallery (Birmingham, UK) organised by Enough Room for Space and Ikon Gallery 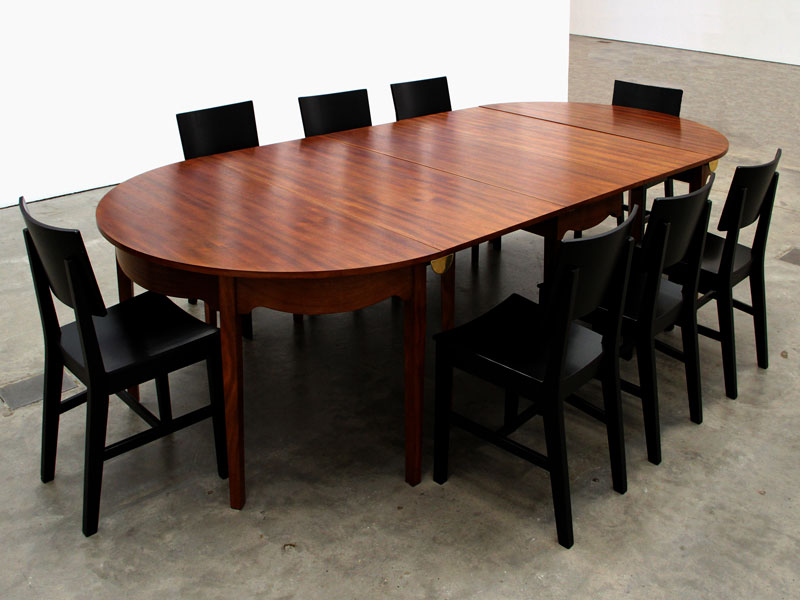 LUNÄ at IKON Gallery in Birmingham

The society was given its name by the monthly meeting of the members at full moon during which the participants discussed their latest research, with the aim of learning from each other and sometimes they would develop projects collaboratively or support each others projects.

Since January 2011 the table is used in different locations including England, Austria and the Netherlands for an ongoing series of critical discussions updating topics that occupied the Lunar Men as new scientific and industrial developments, but also art, education and social rights.