PERFORMATIK17 at ERforS HQ, BE 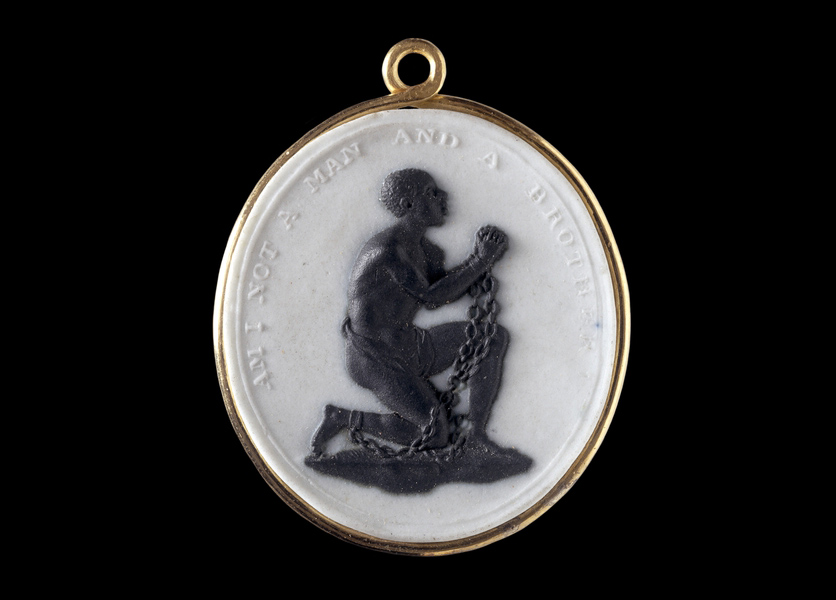 Member of the Lunar Society, English potter and prominent abolitionist Josiah Wedgwood issued this jasperware medallion in 1787. “Am I not a man and a brother?” inscribed around the image of a chained slave.

Take a seat at the LUNÄ table for a discussion about social, political, and ecological (in)dependence. This session will concentrate on the influence of cotton production and trade in relation to the abolition of slavery and colonisation / decolonisation, both historically and as an ongoing influence on contemporary global economy.

LUNÄ references the legacy of the Lunar Society of Birmingham - a group of enthusiasts and lay scholars who met on full moon nights to discover and discuss new ideas. The ‘Lunaticks’ as they were called, transformed science and changed the world. They built theories and engines, invented machines and ideas. They altered the face of their time. Three centuries later, we invite you to revisit this spirit by taking your place at a platform that replicates the table on which the original Lunar Men met. Each conversation, mostly in sync with the full moon, will feature a high tide of ideas, concepts and questions, instigating concordances between what is current and exciting in science, philosophy and the social imagination.

This LUNÄ Talk will reflect on issues raised by the project IN_DEPENDENCE as part of Performatik17, the Brussels performance art biennale. The festival seeks out the boundaries, unravels codes and stimulates meetings between performance arts and visual art. The binding element is the live event, the meeting between audience and performer, in the here and now.

The Belgian Maarten Vanden Eynde and the Cameroonian Alioum Moussa built a two-part mobile structure, of which one side is the other’s opposite, yet the structures depend upon one another to stay in balance. During Performatik17 they set up shop at Place de la Monnaie, where you are invited to visit them – in pairs – for a discussion about dependence and independence, at a personal, economic, political ánd artistic level. The project will be translated into a growing photo exhibition at Kaaitheater. Moussa and Vanden Eynde originally created the project for SUD2010, the triennial art event in Douala (Cameroon), whose starting point was the 50thanniversary of independence being marked by 17 African countries.