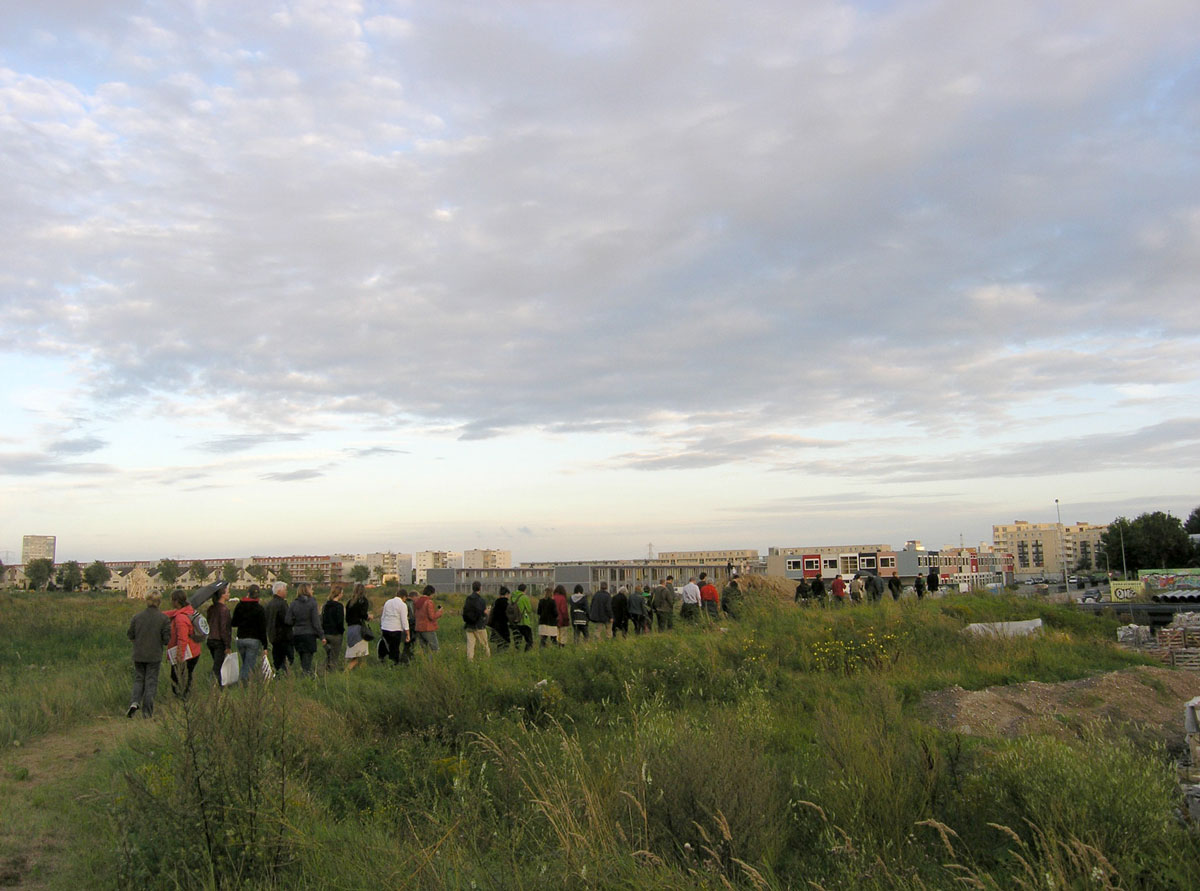 Guided tour on the plot of land surrounding the museum by the LA Urban-Rangers, 2008

Localisms focuses on the poetry in the street, the discovery of the (urban) landscape, unnoticed sounds, the investigative look, archives of image and sound, wanderlust and world travellers. The artists and designers participating in Localisms share a common interest in the singularities and peculiarities of specific locations.

The two workshops leading up to this exhibition explored similarities and differences in artists approaches towards particular daily encounters with our surroundings and questioned how to deal with collections of photographic observations.

The exhibition focuses on the area F-7, the only plot of land in the heart of Almere that hasn’t been rulerdrawn yet. It is home to temporary buildings and activities: youth housing, coffeeshop De Blowboot, a building materials storage site for the Municipality of Almere, youngsters, school for lower secondary professional education Villa Parkhurst, De Muur – Almere’s grafitti hotspot, carnival trailers and Museum De Paviljoens.

During the run of the exhibition new work is developed and new participants will add their observations.