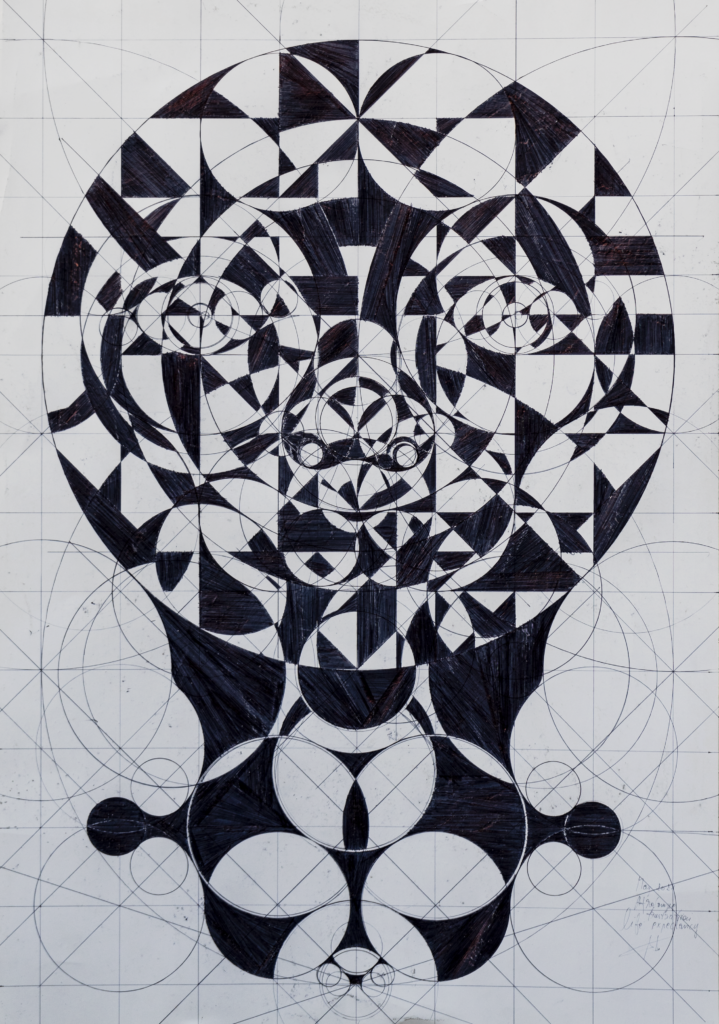 Uncertainty Scenarios: Session #11 - Statistics focused on the use and presence of statistics and how these are increasingly present as a tool for research and study in different sectors of our contemporary society. Besides talks focusing on scientific uses of statistics the session highlighted how artists have used and / or responded to them within their practice.

After a year in which our presence in the global pandemic statistics was permanent, the session looked at how statistics allow us to study the past, understand the present and try to predict the future. During the session we will explore where fact and fiction meet within the statistical world.

In this context, the artist Jean Katambayi Mukendi wrote a text on the place of statistics in Congolese society: what they do not tell us, what is missing and finally the statistics that could help households to have access to more sustainable electrical installations for instance. What is the role of the state in the management of statistics ? It also reminds us that statistics need to be collected, managed, analyzed, archived and that this requires infrastructure, a certain budget and objectivity.

Jean Katambayi Mukendi is an artist and scientist who lives and works in Lubumbashi (DRC). He has also studied and is passionate about technology, mechanics, geometry and electricity, which form a foundation for his artistic approaches. He creates fragile and complex installations animated by sophisticated electrical mechanisms. His technological discoveries are part of a search for solutions to the social problems of current Congolese society. His main source of inspiration is the permanent questioning of our society, which seems dichotomous.

Statistics is a numerical philosophy that guides a decision. And decisions involve societies in their political and economic aspects. The fictional and poetic dimension of statistics revealed by the customary ritual of adjusting terminologies and parameterizations hints at the slippery side of the moon where the roles of the highest bidder or the most demanding have been stripped of their meaning. The economic pyramid becomes lopsided. Which of the service companies or the households should take precedence? The same question can be asked about North and South, male and female, the state and its population.

Statistics help balance the interpretation of a behaviour. This generates an infinite number of applications for statistics. The Coronavirus pandemic has led to many decisions from confinement to deconfinement to vaccination. And those who were "poor" or "rich" are becoming more entrenched in their respective positions. So the initial position is a major determinant in projecting the future: social determinism is huge. One gets the impression that there is an arbiter in this tandem which guides the interpretation of the statistics.

African women have mastered the world of work and are the driving force behind households. Yet statistics may say otherwise, because the elements of this informal work done by women cannot be collected by the formal economy. As a result, African households live on the contributions of a small portion of individuals and actually waste a lot of finances acquired through informal self-help. The state is left with macroeconomic statistics in inputs and outputs, hoping that these statistics contain the microeconomic affairs of households. In reality, this remains a utopia. It is important for a state to control the movement of goods and people. The movement of people is absolutely limited by births and deaths and the movement of goods is relatively constrained by supply and demand.

It is in this order of things that the companies supplying energy - water, electricity or internet - operate as good as essentially on the basis of abuse of power. Because the state does not know how to collect statistics, it drags down with it its public services and companies, which are also dependent on these numbers. This is to the benefit of international lenders and a few individuals close to the system who privatise technologies and services that should be public or at least controlled and managed by the state. The last straw is the interdependence between those in acute electrical precarity, with no alternative, and the wealth and individual interests of some. Even if some users develop alternative modes of access to electricity to compensate for these failing arrangements, they are dependent on certain local managers and agents who act autonomously and without state control. The more time passes, the more opaque the situation becomes and the more the beneficiaries of this opacity will be able to have quiet retirements, while being able to leave their family members in their offices. This employment monarchy works very well because it lacks powerful tools to collect statistical data and, above all, because the notions of ethics and deontology have remained in the lecture notes of the university student who claims to have changed hats by becoming a senior state official.

Like the routine weakness of the creed in the church, the state official has thought and continues to believe that the country will become naturally prosperous, even without consulting statistics for better guidance. Taps have run out of water for years. People are surviving, deploying energy, "performing". A "performer" can even choose the water tap to keep his phone without worrying because there is not a single drop of water left. The water supply statistics would be enough to give us a long-term vision. The installation of electrical infrastructure in the districts should be based on population statistics. This is not the case. The result is untimely power cuts, voltage drops and consumption peaks that burn out appliances and significantly increase flat-rate bills.

Meanwhile, the big mining companies and cellular communications companies are making sure they don't run out of electricity by developing all forms of energy under the pretext of not interrupting production. The gross domestic product leaves the « beneficiary » population in a precarious position with a modest per capita income while waiting for another firm to buy up the shares. Household electricity statistics show that 40% of available electricity is used. If we relate this ratio to a life

expectancy of 100 years, we get 40 years. Life expectancy is indeed between forty and fifty years. There are in fact a multitude of possible calculations and parallels. The method is simple and effective in showing the state's immobility. It is sufficient to relate the average power received to the value of the real power of electricity services in households.

But why does a state agree to use these forms of energy without managing them? As a result, officials who can illicitly tap into state resources have access to large private energy infrastructure and resell this energy to local residents. Even worse is the psychological shock of remaining in a dependent state, having to simply survive, that explains an unexplained and inexplicable mortality rate. The statistics of this psychological shock could be a good fantasy for futurism.

The final scene presents a picture between, on one hand, the predators that are the big companies of the world that privatise real statistics for their own purposes and, on the other hand, the scavengers dominated by "spiritisms" and "doctrines" that sell hope. It is essential and urgent to teach people to trust the spirit of inquiry, whose raw material is the person, the human.