Lectures and workshop by Marjolijn Dijkman and Paul O’Neill

SWIMMING POOL is a non-profit art project space in Sofia focused on artist and curatorial research, collaborative approaches, experimental art education and art politics. It is located on a central rooftop with an empty pool built in the 1930’s. Swimming Pool organises exhibitions, performances, screenings, events and discussions to support Bulgarian art locally and abroad, while opening up the local context to international artists, curators and writers. Swimming Pool’s aim is to create a space for joint thinking located on the periphery. 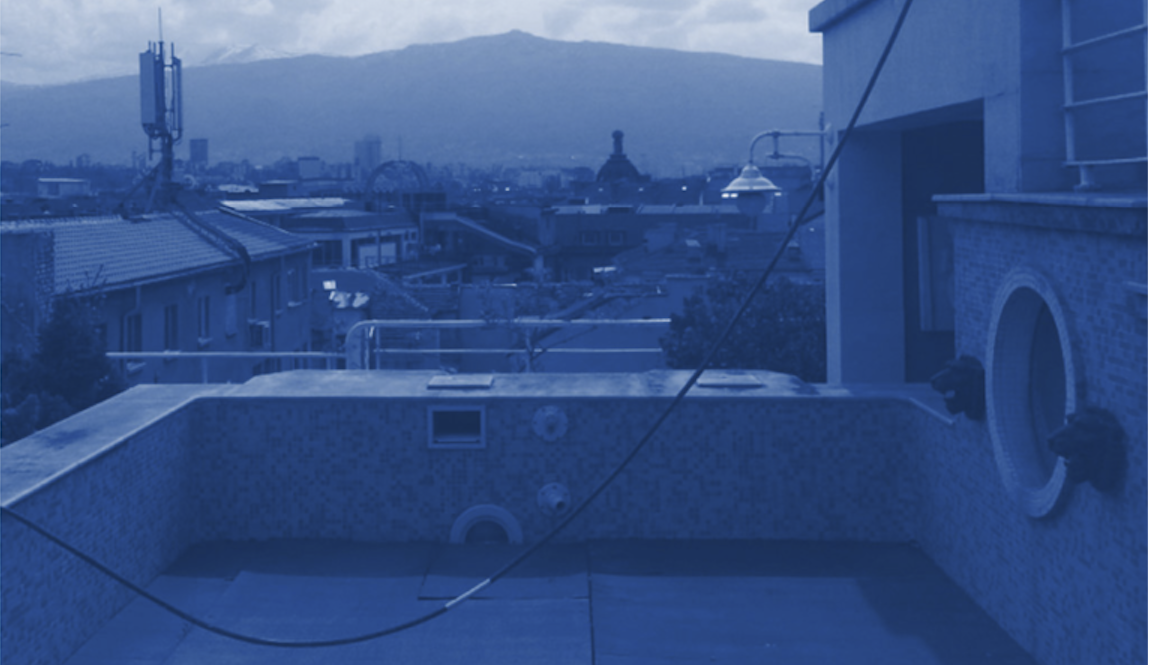 Swimming Pool is hosting a double lecture by Marjolijn Dijkman and Paul O’Neill. This event is part of the Public Program of the Curatorial School, which Swimming Pool organises this year. These public lectures by two curators, writers and educators aim at discussing conceptual models, practical challenges and political potentials of project spaces.

Curatorial School main’s interest lies on the potentials of independent curatorial activity towards creating spaces. Their public program aims at exploring agency of project spaces, and how such initiatives can move society. They also reflect on their irregularity (which consists in a low level of institutionalisation, shared economy, as well as DIY culture) and how this allows for new types of institutionalisation that correspond to how our environment is structured today. The school will also pay attention to resonance and how to create spaces for joint thinking and imagining.

Marjolijn Dijkman (b. 1978, The Netherlands) is an artist and co-founder of Enough Room for Space and is based in Brussels. Her interdisciplinary works can be seen as a form of science-fiction; partly based on research based facts but brought into the realm of fiction, abstraction and speculation. Informed by research and collaborations my working method interweaves and investigates collective narratives in relation to the public domain and the commons, broadly construed. Exhibitions include solo shows at Muchmuseum (w/Toril Johannessen), Oslo, NO (2018), fig.-2 at the ICA, London, UK (2015), IKON Gallery, Birmingham UK (2011), the Berkeley Art Museum, Berkeley, US (2010), and international group shows such as the 21st Biennale of Sydney (2018); the 11th Shanghai Biennial (2016) and the 8th Sharjah Biennial (2007). Enough Room for Space (ERforS) is an interdependent art initiative that initiates and coordinates long term collective research projects. ERforS acts as freely as possible, always putting the context and the idea before the medium, challenging the barriers between different disciplines (artistic, scientific or activist). Current project are: Triangular Trade (2017 – ongoing); Uncertainty Scenarios (2015 – ongoing) and Performing Objects (2014 – ongoing).

Dr. Paul O’Neill is an Irish curator, artist, writer and educator based in Helsinki and New York. He is the Artistic Director of PUBLICS; a curatorial agency and new art space in Helsinki. Between 2013-17, he was Director of the Graduate Program at the Center for Curatorial Studies (CCS), Bard College. Paul is widely regarded as one of the foremost research-oriented curators, and leading scholar of curatorial practice, public art and exhibition histories. Paul has held numerous curatorial and research positions over the last twenty years and he has taught on many curatorial and visual arts programs in Europe and the UK. Paul has co-curated more than sixty curatorial projects across the world including most recently: We are the (Epi)center, P! Gallery, New York (2016), and the multi-faceted We are the Center for Curatorial Studies for the Hessel Museum, Bard College (2016-17), and most recently he was also one of the main organisers of the major international Symposium: Curating After the Global, LUMA Foundation, Arles 2017.

Paul’s writing has been published in many books, catalogues, journals and magazines and he is a regular contributor to Art Monthly. He is editor of the curatorial anthology, Curating Subjects (2007), and co-editor of Curating and the Educational Turn (2010), and Curating Research (2014) both with Mick Wilson, and co-published by de Appel and Open Editions (Amsterdam and London); Locating the Producers: Durational Approaches to Public Art (Amsterdam, Valiz, 2011), co-edited with Claire Doherty and author of the critically acclaimed book The Culture of Curating and the Curating of Culture(s), (Cambridge, MASS., The MIT Press, 2012). His most recent anthologies, The Curatorial Conundrum…, and How Institutions Think are co-edited with Lucy Steeds and Mick Wilson and published with the MIT Press in 2016 and 2017 respectively. He is currently working on the co-authored Durational Aesthetics: Time and Contemporary Art (London, Bloombury Press, 2018).