Industrial Evolution is a result of the experimental residency Please Excuse Our Appearance in 2007 at IKON Gallery (Birmingham, UK) organised by Enough Room for Space and Ikon Gallery. 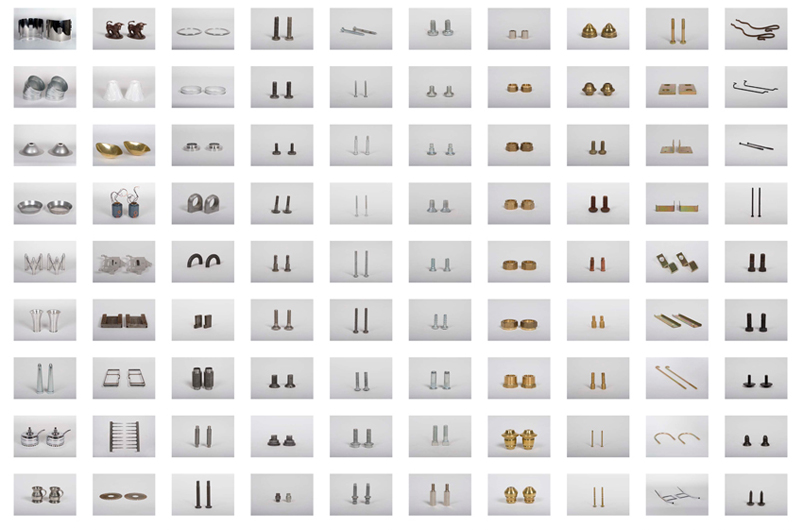 City of a thousand trades.

Birmingham played a leading role in the Industrial Revolution, which changed the world beyond recognition and paved the way for the largest population explosion in history. In 1791, the British economist Arthur Young described Birmingham as “the first manufacturing town in the world”. The Lunar Society, based in Birmingham, was largely responsible for the spread of innovation that fueled this evolutionary leap in civilization. Members and correspondents included Matthew Boulton, Erasmus Darwin, Joseph Priestley, James Watt, John Baskerville, Thomas Beddoes, Benjamin Franklin, and Thomas Jefferson.

"The beauty of Birmingham, a good market town in the extreme parts of Warwickshire, is one street (Digbeth) going up alonge, almost from the left ripe (bank) of the brooke (Rea), up a meane hill (Deritend) by the length of a quarter of a mile. I saw but one Parrock Church (St. Martin’s) in the towne. There be many smiths in the towne, that use to make knives and all mannour of cutting tooles, and many lorimers that make bittes, and a great many naylors. Soe that a great part of the towne is maintained by smithes who have their iron and sea-cole out of Staffordshire."

By the beginning of the 21st century most of the manufacturing companies had moved out of Birmingham to other parts of the world where labor is cheaper.

Together with the companies the manufactoring know-how is disappearing. Within two generations there will be hardly anyone left with the ability to make something. The Eastside area is being redeveloped and the predominant manufacturing business will be replaced by service and cultural industries. Some huge factories have already been transformed into yuppie flats. I visited every factory at Eastside to excavate the remnants of the manufacturing industry.

Above Jennens Road I only saw university buildings and brain parks for the IT sector. In the centre are the Millenium Point complex, and huge shopping areas surrounding the Bullring, itself one of the largest shopping centres in the UK. Everything on sale there is imported. Only in the southeast, in Digbeth (the historical centre of Birmingham), did I find manufacturing factories. Half of the buildings were emptied already, and put up for rent. The others were scheduled to disappear within a few years, some even within months. It felt as if I was just in time to collect a few samples before everything would be gone. Like an contemporary archaeologist I wandered through the area in search of what was still left. I asked the factory owners if they wanted to contribute to the collection of goods being manufactured in Birmingham anno 2007. I wanted to preserve them for future ethnographers. It was now or never.

The reactions were overwhelmingly positive. Somehow the necessity to preserve something of this important period in the history of Birmingham didn’t need much explanation. Almost 90% of all the manufacturing companies participated and did so by giving free samples. The only three things I had to buy - because they were too valuable and too big - I got with a huge discount. After 30 seconds of suspicion I was given a hearty welcome and life stories were told over a cup of tea.

The stories were very similar: after a lifetime of work in the factory which often had even been a family business for several generations, they could no longer compete with cheap imported goods. The rent and the cost of labour had become too high. The land was too centrally located and therefore too valuable. They were simply bought out. Were made offers they couldn’t refuse... Or their children were not interested or skilled enough to take over the company. They all felt they were a disappearing tribe, the last generation of traditional English workmen.

I asked for two samples of each manufactured good, in reference to Noah’s Ark, and lined them up from small to big, like random but representative parts of our society marching towards an uncertain future, destiny unknown.