Enough Room for Space, Drogenbos, BE 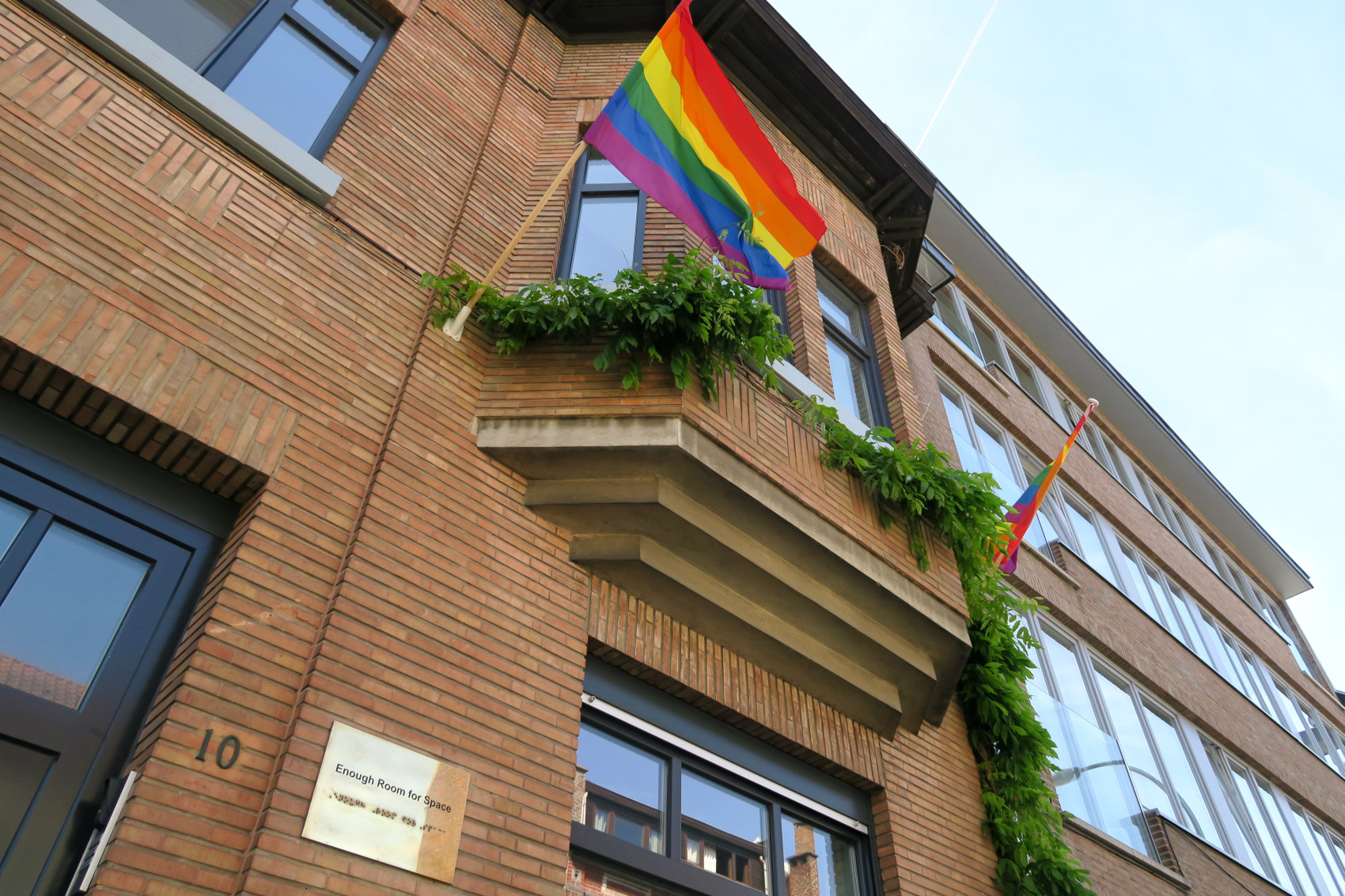 Enough Room for Space proudly hosted the press conference of Cavaria and Holibihuis Vlaams Brabant on the 17th of May in Drogenbos. For the third year, ERforS flied the rainbow flag together with cultural institutions, in hope of a more openly tolerant Commune of Drogenbos we can be proud of.

This year, after an intense citizens' initiative (instigated by ERforS) Drogenbos will participate from now on to fly the rainbow flag during IDAHOT an action initiated by çavaria and Holibihuis Vlaanderen, and implement some of their suggestions for new inclusive gender neutral policies in our commune and start a local sensibilisation campaign against Homophobia, Transphobia and Biphobia. (IDAHOT is The International Day Against Homophobia, Transphobia and Biphobia).

This day represents an annual landmark to draw attention of decision makers, the media, the public, opinion leaders and local authorities to the alarming situation faced by lesbian, gay, bisexuals, transgender and intersex people and all those who do not conform to majority sexual and gender norms.