Not-for-profit section of Art Brussels, BE

Context: 'Apart from the institutional public and private spaces already existing in Belgium, the country has a number of very dynamic and important artist-run and not-for-profit spaces which are an integral part of the Belgian art scene, an important platform for artists and art-lovers alike, and a driving force behind some of the most inventive exhibitions presented throughout the year. This year, Art Brussels will once again host 6 artist and curator–run, not-for-profit spaces, each of which has been invited to present a special project for the fair, thus highlighting practices that are more experimental.' - Art Brussels. 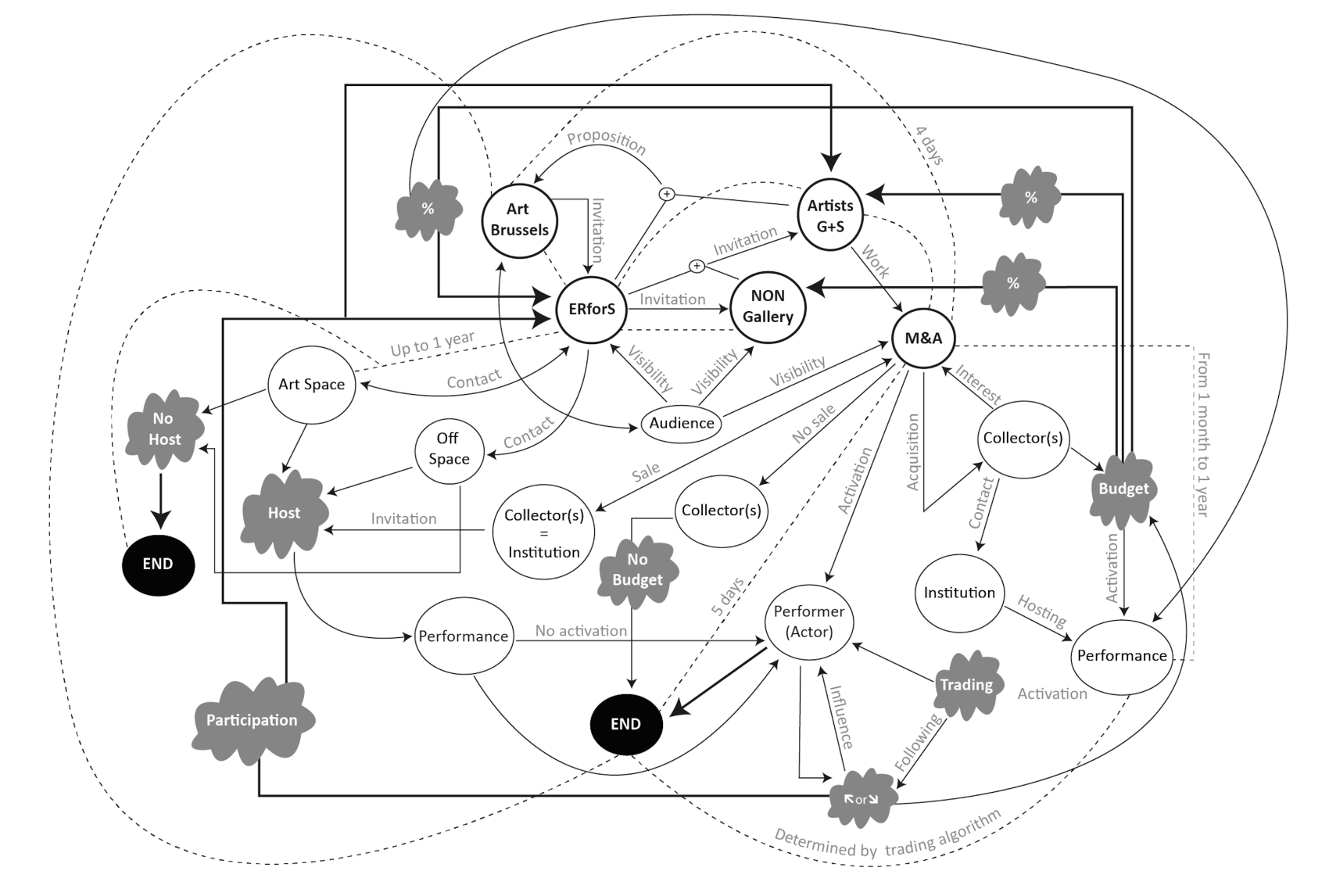 Diagram with scenarios for 'The Fair Deal', collaboration with Galeri NON and Goldin + Senneby, Art Brussels, 2015

For The Fair Deal, Enough Room for Space has established a partnership with Galeri NON from Istanbul. We collaboratively developed a presentation in relation to Uncertainty Scenarios, a collective experimental research project of Enough Room for Space, exploring the ways people have tried to speculate, predict and anticipate the future throughout history. NON and Enough Room for Space present the Swedish artists Goldin+Senneby who are exploring juridical, financial and spatial constructs through notions of the performative and the virtual.

During the fair, the work M&A is introduced, but it will only be activated when sold. If that happens, a certain percentage of the revenue is used to speculate on the stock market using a “Merger Prediction Strategy”, specially developed for this project by New York-based investment banker Paul Leong of Macquarie Group to identify early signs of mergers and acquisitions. Simultaneously, and by means of the generated profit an actor is hired to rehearse a scripted speculative scene relating to the “Merger Prediction Strategy”. The rehearsals will continue as long as the trading budget lasts.

M&A speculates on a variety of issues like the precariousness of labour in conjunction to the variations in funding both from private and public sources. It problematizes the relationship between the world of art and that of finance, against the backdrop of globalization and its local consequences.