Georgia Here We Come! a documentary 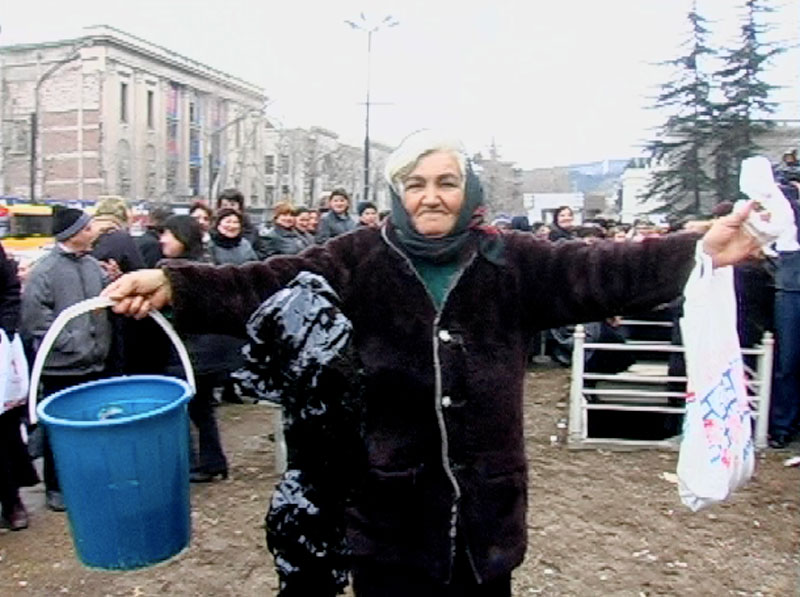 "In the middle of the night we sneak into Georgia (ex-Soviet Union). With ten people in a Van we slalom through the holes in road. The streets are empty and the city looks ghostly beautiful. When we arrive in the apartment we fall over, not from fatigue but from stupefaction: it appears to be an ex-Soviet luxurious flat, completely equipped with two fireplaces, two bathrooms, wooden floors everywhere and a piano and chandeliers in the livingroom. We drink vodka until the sun comes up.."

David Djindjikhachvili and Krzysztof Wegiel made a documentary about the present situation in Georgia and the project 'Georgia Here We Come' in specific. The documentary gives insight in the exchangeproject and David Djindjikhachvili and Krzysztof Wegiel followed the participating artists in Tbilisi Georgia and in Utrecht in The Netherlands. Besides the works of the artists the current situation in the both countries are presented and discussed.