Finissage: ‘A Series of Characters’ by Alice De Mont

16:00 Lecture ‘Triangular Art-Coaching in Business Environments’ by Arno M. Feld preceded by a brief introduction by performance artist Johanna Sarah Schlenk about use of the alter ego in the work of De Mont.

16:30 - 18:00 Conversation between Alice De Mont, Christoph Baum, Johanna Sarah Schlenk and the public on the use of an alter ego as an artistic tool. 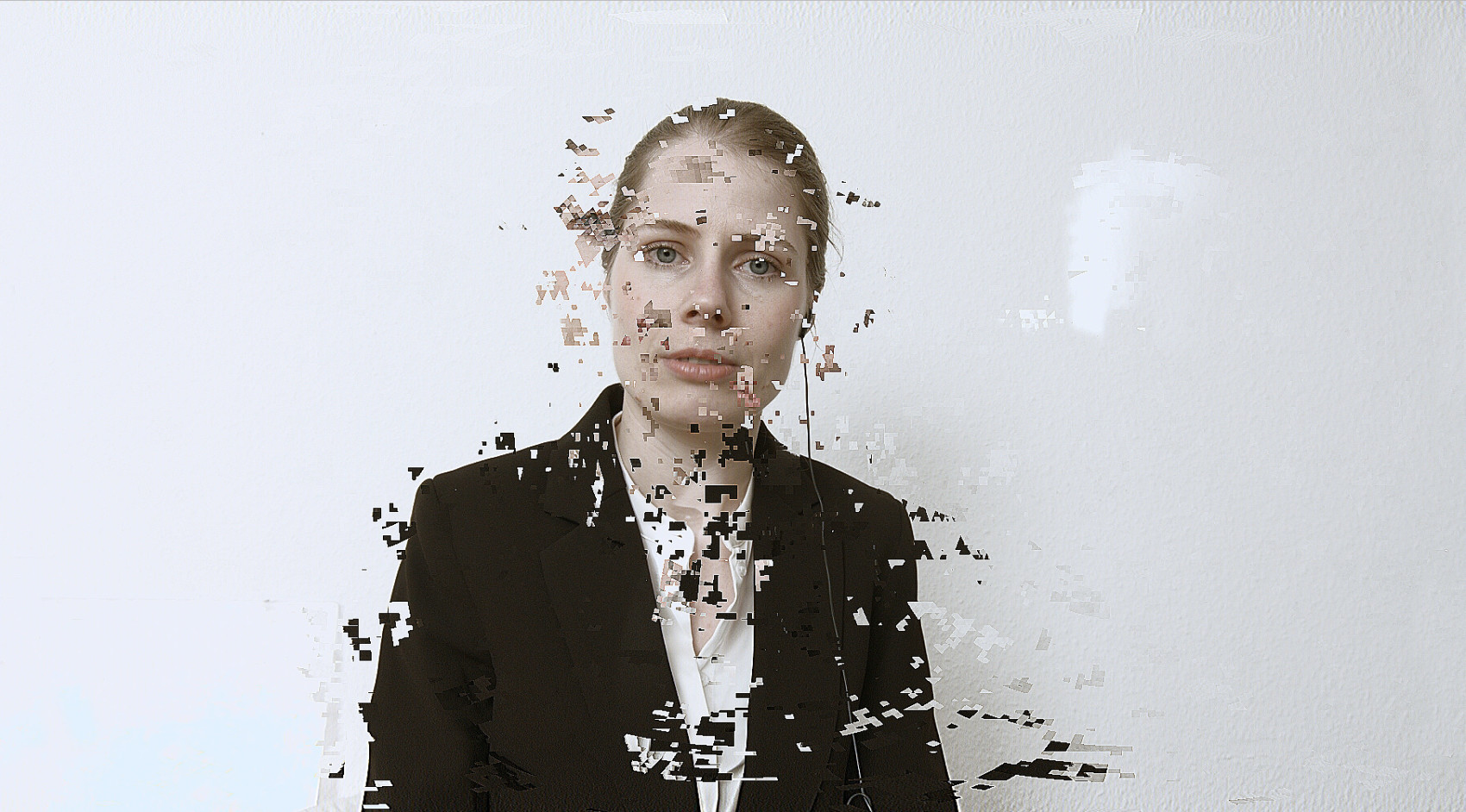 Triangular Art-Coaching in Business Environments
On the occasion of the finissage of Alice De Mont's exhibition 'A Series of Characters', Arno M. Feld will give a lecture on 'Triangular Art-Coaching in Business Environments'. Arno M. Feld, the alter ego of Christoph Baum, is an art coach who uses art and creation as a tool to enhance employees’ creativity, innovativeness and success rate. This lecture is part of De Mont's research on the function of the alter ego in artistic practice.

De Mont and Baum made the video lecture ‘Erfolg durch Kunst’ together which is on display in the exhibition 'A Series of Characters'. Their second collaboration developed for the finissage involves a scenography developed by De Mont to transform Feld's lecture into a performance. Feld's lecture will be preceded by a brief introduction by performance artist Johanna Sarah Schlenk. After the lecture by Feld, an informal conversation will take place between Alice De Mont, Christoph Baum, Johanna Sarah Schlenk and the public on the use of an alter ego as an artistic tool.

A Series of Characters
The ongoing research and work of Alice De Mont focuses on the construction of personalities by means of the creation of characters and alter egos. These characters function as a method to solve (artistic) problems. A character; a living and thinking thing, has the capacity to embody a problem, to bring in nuances, to change it and to accept inconsistencies. In the past year De Mont developed her alter ego Subject 23; a personality with an artistic practice which explores the relation between environment and human nature.

Alice de Mont
Alice De Mont lives and works in Brussels, Belgium. De Mont is a member of the ongoing collective research project 'Performing Objects'. Even though she uses different media in her practise, she primarily works with sculptural techniques, objects and video. Her work is presented in the group show called de la tranquillité/van het verpozen, which is now running at two venues: Emergent (Furnes) and the Cultural Center of Marchin (02/03/2019 - 19/05/2019). From May till August 2018 she was a resident at Air Berlin Alexanderplatz in Berlin. In the beginning of 2018 she had an artist talk with Dirk Pültau, combined with a film screening and a solo presentation of her work at CIAP kunstverein in Hasselt.

Arno M. Feld (Christoph Baum)
Art coach Arno M. Feld is a self-taught, multi-faceted artist based in Berlin. He started with art as a hobby in 2006 and quickly decided to take on the study of visual arts alongside economics. Over the past decade Feld has employed his art thinking, skills and strategies to increase people's creative capabilities in business environments. Besides painting in his studio or visiting art related events and exhibitions, Feld has been working as an art coach. Under the title Erfolg durch Kunst ('Success through arts'), he has combined those 10 years of experience with his love for fine art, to coach business people or entrepreneurs and push them towards even greater successes in their careers.

Johanna Sarah Schlenk
Johanna Sarah Schlenk is a German artist based in Bonn. She studied Fine Arts at the Alanus University of Art and Society in Alfter, Theater and Performance at the Universidad del Atlántico in Barranquilla, Colombia. Her works have been shown at amongst others the Mittelrhein-Museum Koblenz, Frauenmuseum Bonn, Kunsthaus Rhenania Cologne, UNESCO World Heritage Zollverein in Essen, Künstlerforum and Kurfürstliches Gärtnerhaus in Bonn, Museo del Atlántico and Museo de Antropología de la Universidad del Atlántico in Barranquilla (CO), bunker K 101 in Cologne, Glaspavillon Rheinbach as well as the Kunstverein Wesseling and Markdorf and the Kunststiftung Beeldhouwerij Thorvald Dudok van Heel, Bredevoort (NL). She worked as a photographer for the Ministry of Culture, Heritage and Tourism of the Department of Atlántico and as an artistic researcher for the research group "Grupo de Investigación Feliza Bursztyn" in Barranquilla (CO).  She is co- founder of the young artists' collective "Athamé" of the Frauenmuseum Bonn.