This workshop was coinciding with a research project of Bie Michels, coached by Petra Van Brabandt (Sint Lukas School of Arts, Antwerp). Performing Objects experiments with objects and their possibilities to act as an interactive performer towards its users or audience. This project researches different ways artists can anticipate this process during the conceptualisation and the conception of their work. The artworks made for this project will possibly manifest themselves in different locations outside the regular arts contexts. 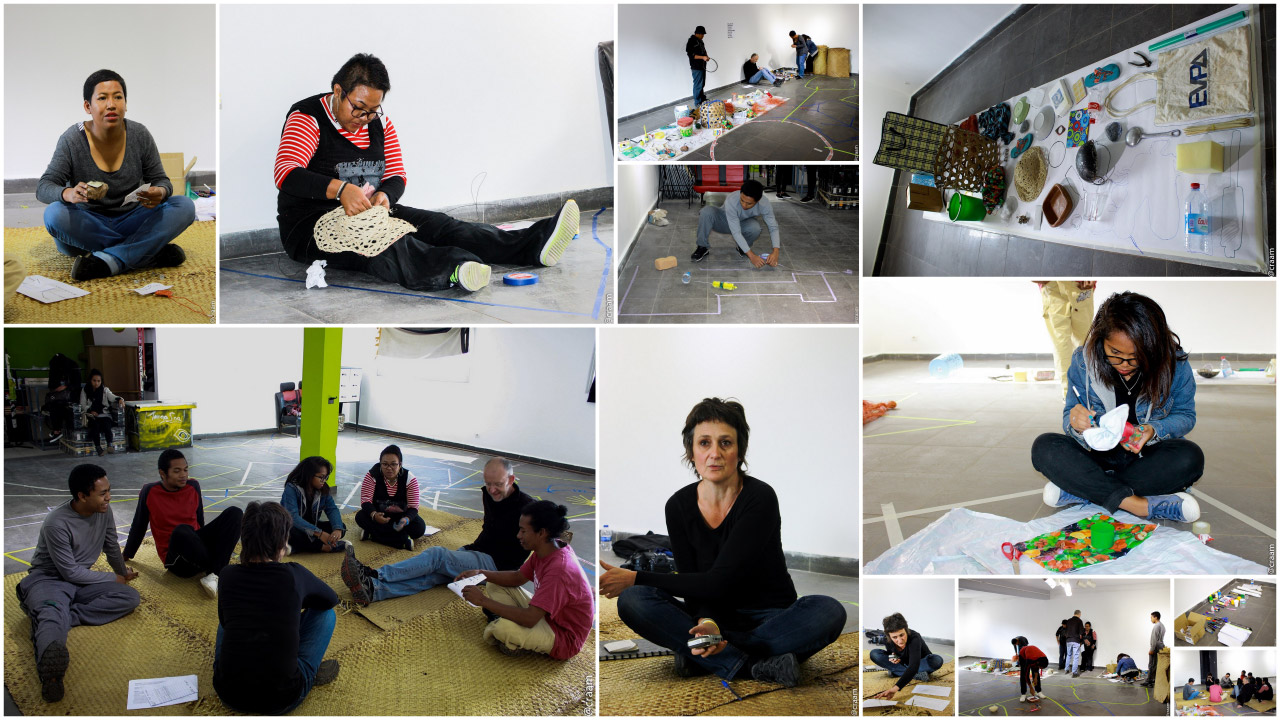 Since Bie Michels was in Madagascar to make a (film)project on the brick making all around in the country, and since she wanted first to approach the brick as an object and to achieve a dialogue on this theme with local artists, she started her trajectory with the End to End performance as a workshop.

Seven artists contributed during a whole day. They worked mostly on little transformations of the collected objects by improvisation. Little transformations through which the object change completely: his materiality, his weight, his form, concept, radiation, utility, symbolic sense. The artists tried also to interact physically to the objects, his existence and his transformations. At the end of the day, they evaluated what happened during the workshop and their feelings during their own proces. Personal symbolic meanings appeared to be important. Ideas about re-using materials came up, placed in actual contexts of sociological and ecological problems in Madagascar. The relationship with materials is very strong in Madagascar, due to the many transformations of objects as they are often recycled in other necessary or decorative objects.

The proces of the End to End performance, developed by the group Performing Objects and inspired by Lean Management, a form of factory management developed by Toyota in Japan, was an excellent base to work out this workshop and to investigate these questions. End to End was executed by Performing Objects in Shanghai (november 2015) and will be performed again in the exhibition 'Private Tag' in Raversijde.