There will be a live performance by Performing Objects every saturday between 13:00 and 17:00. Every session starts with a brainstorm and ends with an evaluation.

Participation in this performance is open for the public on: 29 October (13u-17u)
On the 11th of November there will be a public evaluation (16u-17u30) 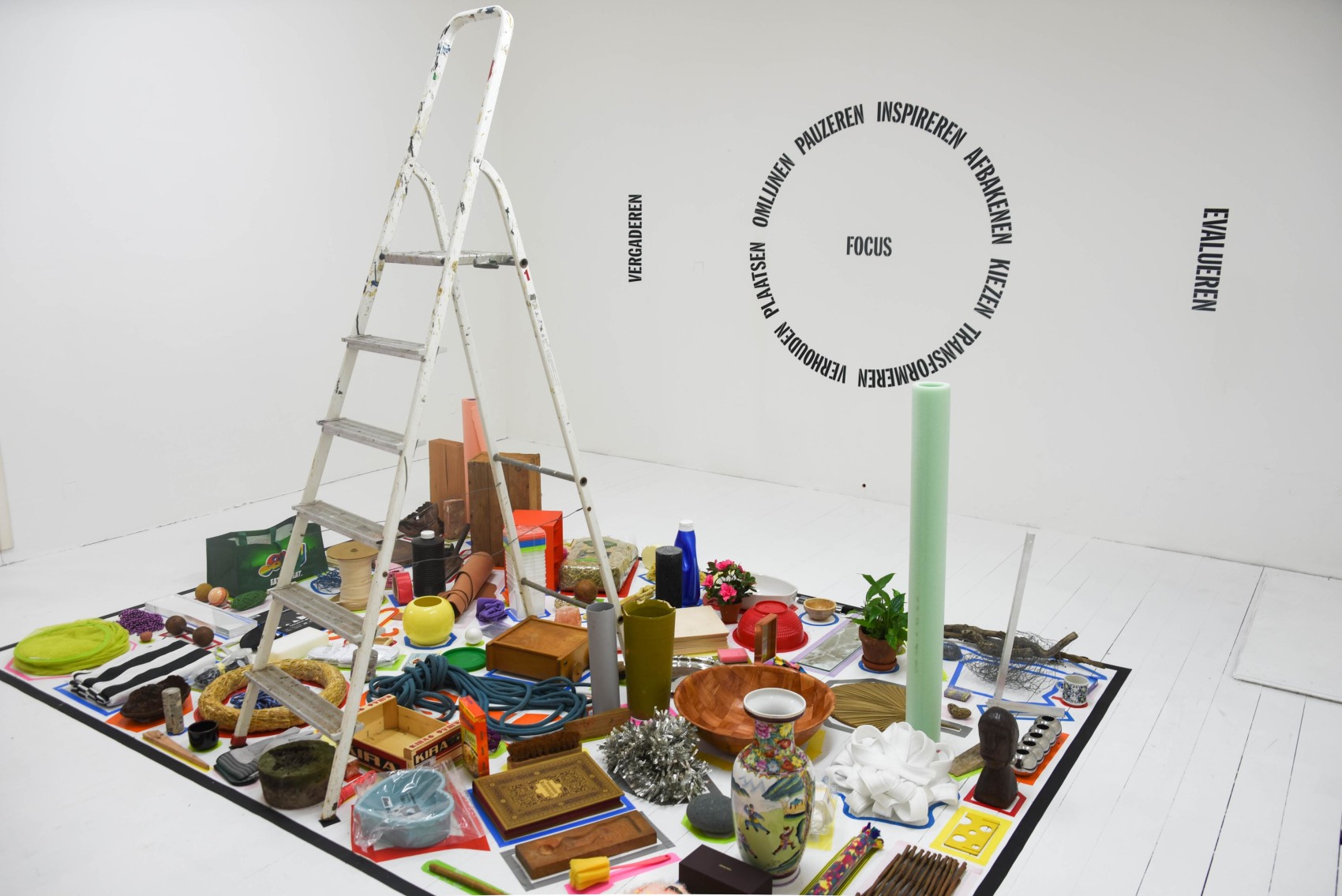 For the project End To End the experimental group Performing Objects is inspired by Lean Management, a form of factory management developed by Toyota in Japan. They learned about Lean Management during a workshop in the Central Recycle Plant in Antwerp, BE. For the group this management method emphasizes the importance of the individual in the production line. Lean Management facilitates a possible interaction between man and thing - in contradiction to capitalistic production lines where only (the mass production of) the object counts. In Lean Management it is very important to organize evaluation moments with participation of the workers, clear visualization of problems that occur, relations between several segments of the production line and the people that work in it, etc.

For the continuation of the project as part of the exhibition 'Private Tag' at the Raversyde site, some members of the group will develop an installation as an artistic interpretation of an assembly line where systems of interaction between man and things will be investigated.  Objects will be transformed and manipulated during performative acts, outlined in a score that leaves space to free interpretation, reflecting both on factory work and on the creative process of the artist. During the performance the group-members are constantly searching for a harmony between efficiency, planning, improvisation and reflection. Through the techniques of Lean Management, they try to give structure to their performance in which they have to collaborate and handle objects and vice versa.