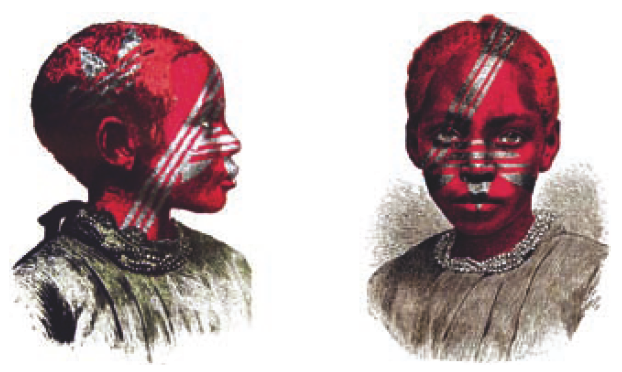 The original idea for "Time-Challenger" was based on the idea of opening a space-time for a discussion of how artistic reconstruction has been operating today through diverse conceptual approaches and contextual references in relation to current image politics. Recently, there have been numerous exhibition projects addressing artistic re-enactments, remakes, reproductions, and reinterpretations… “Time-Challenger” takes into consideration the art historical and analytical framework of these projects while taking a different direction by connecting the discussion to Antonio Negri’s concept of the “reconstruction of hope.” Just after the proposal was selected by Enough Room for Space, I did a research visit to the exhibition space, and engaged in discussion with the residents of the studios and post-graduate students there during the Open Studio Week. Finally, the proposal has been crystallized by these discussions and aspects of the artistic production at HISK and has now turned into an exhibition about critical reconstruction. The term “critical reconstruction” is borrowed from Gary Wolf (“Venture Kapital”, Wired Magazine, 1998) who writes about the reconstruction of Berlin following the fall of the Berlin Wall.  Coincidentally, or perhaps as a sign of Zeitgeist, this proposal was completed in Berlin’s Kreuzberg neighbourhood, the site of much of the most dynamic reconstruction in Berlin since 1989.

In “Seven Easy Pieces” (2005), Marina Abramovic acts out select historical performance artworks from 1970’s artists (such as Vito Acconci, Joseph Beuys etc.) including two of her own. The series of performances at Guggenheim Museum (New York) sharpened the tendency of questioning the timing of re-enactments, remakes and reinterpretations etc. in the art world. In an interview in the New York Times in early November, 2005, Abramovic explained the impetus for her most recent performances, stating that she “felt a strong need to preserve the memory of performances that influenced [her] as an artist. 'There's nobody to keep the history straight ... I feel almost, like, obliged. I felt like I have this function to do it.' And this sense only grew stronger when she began to see ideas behind many important performances borrowed with no credit given, or appropriated by advertising and fashion."

Many artists today have been using similar approaches and strategies of reinterpreting art history as well as transforming world history and culture. Rather than framing the discussion as a form of artistic production through an art historical perspective, “Time-Challenger” aims to deal with the timing of these productions to relate these tendencies to the repositioning of contemporary politics, image culture and digital-visual capital. As an exhibition about critical reconstruction, “Time-Challenger” reformulates the critique as an open-ended process of personalizing the situation, performing artistic knowledge, and producing a new perspective. These personal statements intersect some points, forming diverse opinions into a synthesis of many perspectives. To make things public, there always needs to be a personal position. The process of making things public in contemporary art practice not only brings together art works but also makes dialogues visible in order to create a physical experience for potential interactions.

To deal with the monsterous experience of global capital, Antonio Negri proposes the term “reconstruction of hope” in his “Time for Revolution” (2005): “how can a revolutionary subjectivity form itself within the multitude of producers? How can this multitude make a decision of resistance and rebellion? How can it develop a strategy of re-appropriation? How can the multitude lead a struggle for the self-government of itself?” He responds to these questions through reconstructing hope: “In the biopolitical postmodern, in this phase that sees the transformation and productive enrichment of labour- power, but on the other hand sees the capitalist exploitation of society as a whole, we thus pose these questions. As for the answers, I certainly do not possess them. But…probably a few bricks toward the reconstruction of hope (or better, as in "Alma Venus," "dystopia") have been laid. (144-45).” “Time-Challenger” shares a common conceptual ground with the exhibition project, “There is no audience, an exhibition about public imagination” (22 May-30 August 2009, Montehermoso, Spain) and focuses on the same terms on a different level. Here, “Time-Challenger” is more interested in the possibility of reformulating the discussion of artistic reconstruction in relation to the political atmosphere of our time, and integrating the strategy of reconstructing hope into the process.

Through rethinking modernism, “Time-Challenger” will display some artistic reconstructions that challenge pre-given definitions and realities of our past and present time – related the problematic of timing. In the exhibition, Gökçen Cabadan displays paintings that depict contemporary visions of family and health and transform the ready-made images at an abstract level of reconstructive criticality. Developing a conceptual identity and an expressive quality, Viron Vert’s drawings and collages include elements of history and culture through personal memories and attachments. Aslı Çavuşoğlu’s video “A Turkish Doctor: Ömer Ayhan” ironically fictionalizes a success story reflecting the power of the media over content via an evening news program. Romeo Gongora’s “Prison” is composed of monologues from four prisoners and establishes a critical dialogue on society and models of justice (punitive/rehabilitative). By using a level of abstraction through ready-made images and painting, André Catalão’s installation is a reflection of the artist’s cultural memory. Olof Dreijer’s sound installation is composed of animal sounds and provides a fictional space through reconstructing the perception of nature and the elements of evolution.

As an unforgettable gesture, Felix Gmelin’s ”Farbtest II, Die Rote Fahne, Colour Test II, The Red Flag” is composed of the original shot and the remake of Gerd Conradt’s tracking shot of students running through the streets of West Berlin from 1968. Gmelin’s father had been one of those waving the flag, and the two-channel video loop directly reflects on Negri’s point. Lauren von Gogh conceptualizes a personal story, and reconstructs an everyday experience for the audience in order to create a social critique. Susanna Kriemann’s publications presented on a table include different strategies of re-contextualizing the form of images; they are unique examples of experimenting on the format of publication and reading images. Makode Linde’s silk screen prints stimulate a contemporary critique of the history of culture and identity: logos from global sport industry delicately installed into the illustrative portraits of African figures remind us of the exploitation of labour. Christodoulos Panayiotou works with archives and personal memories of sound and image, recreating new dimensions in the perceptive levels of the audience through his installation. Borrowing the images from the world of exploration and discovery (in this instance, National Geographic) Rinus Van de Velde performs his artistic research through his charcoal drawings. There is also a video interview with Uus Baker by Aras Özgün, “What is an opinion?” presented in the exhibition that opens a channel to the audience regarding the social process behind the construction of any opinion.

This discussion will be linked to the question: “how does any form of artistic reconstruction develop a level of criticality through its production process, and how does this criticality embody a public challenge?” within the framework of the exhibition, which is designed on the basis of Paul Virilio’s strategic methodology: “Play at being a critic. Deconstruct the game in order to play with it. Instead of accepting the rules, challenge and modify them. Without the freedom to critique and reconstruct, there is no truly free game: we are addicts and nothing more” (from the interview with Paul Virilio by Jérôme Sans).