CURATOR CURATOR #2:What is my name?

Special thanks to: Hans Martens 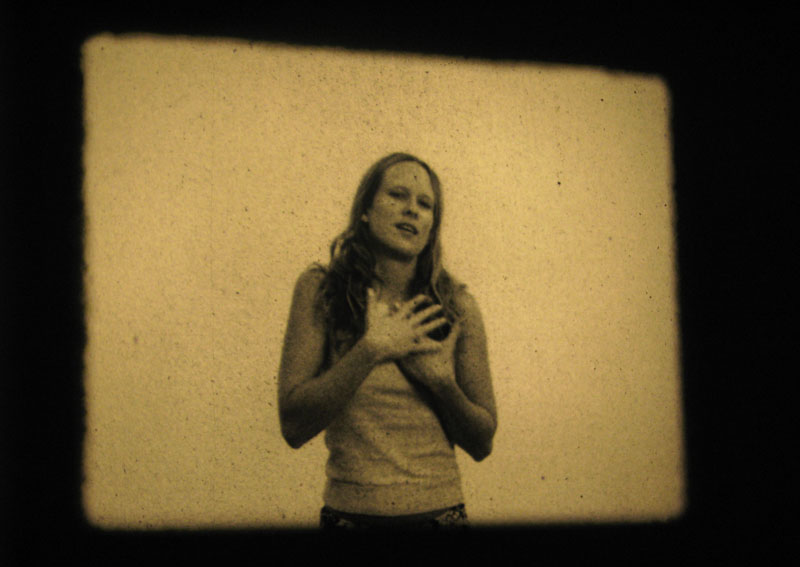 Why am I me (myself)? Am I me (myself) in respect to others and to the codification of the world or vice versa? Perhaps in this time we need a bit of oblivion regarding the way we communicate and handle the real in order to be able to reflect on how we perceive and communicate it and on who we really are.

The artists invited for this project, through small interventions and signs, aim to create in the spectator a new consciousness of perception of space in the precise moment in which he walks through and discovers it. The exhibition space of the HISK school is already in itself a hybrid between that of a place of memory and that of a new ‘white cube’ structure: between that of an intimate space as the home and that of a space emptied of all traces of everyday life. As a result, the works proposed of for this occasion are able to increase the possibility to make the ‘public’ reflect on what is intended as communication and on the relationship between public and private dimension. What is really intimate and personal or completely public today? News about distant tragedies capture our attention in an intimate way as they invade our private space in real time through television and internet. Yet at the same time, we react to personal problems with the eyes of a distant observer. If man in the 1900s, as according to Sigmund Freud, was developed and could be analyzed by his relationship between public and private life, today we would find ourselves in front of an expansion of what used to be the limits of these two worlds. The phenomenon of Facebook is one of the many evident symptoms of this new way of personal communication, of the construction of identity live that permits a re-conquest of various layers of a past identity through regaining past acquaintances forgotten at the end of our adolescence without further communication if not that of chat.

In the writings of Zigmut Bauman, from the end of the 90’s the individual finds himself in contact with everything and everybody but is present nowhere and so ends up losing himself in everything. Taking action on this actual situation, What is my name? is a reflection on who we are as a result of what we communicate. The object is not an analysis nor a critique of the codes or of the ways en vogue that the individual citizen uses to charge and execute the false securities of complete control (that then confines itself to monitoring) of the events of the world. The object is to evoke and react through the need that man has always had to narrate, to listen and to have answers to understand better his personal and therefore collective identity.

For this reason, each intervention plays on writing, on the relationship between words and their meaning, on the questions of who writes to whom and why, on putting attention to the presence of the other “different from oneself” and on the capacity to imagine and dream and not only to record.
HISK in this way is not a space that exhibits objects to observe passively, but it becomes a place of relationships between the people that pass through each time. This condition is aimed at making us think about what we intend by a work of art and by everyday experience and therefore also makes us question the current role of the artist and for what motives he realizes a show.

The yellow blob of Nedko Solakov painted in half on a wall with next to it written“I ordered this yellow blob from the exhibition assistant but later on I completely forgot the reason for this”; the postcards sent by Dan Rees with a double address that forces the postman to choose to deliver them to the show or to other neighboring houses; the folded pages inside different frames that create a perfect line by Nina Beier and Marie Lund perhaps revealed only afterwards to be political protest posters of the 70’s; the light drawing of Mario Airò projected at the entrance, its composition taken from drawings in the desert of Nazca seen only from the sky (messages to whom?); the film of Mario Garcia Torres in which any spectator mimics and synthesizes in one minute a possible film narration; the performance of Jonathan Monk with a children's choir that sings the results of a soccer game discussed the last week in Belgium; the sound installation of Rossella Biscotti broadcasts the words We will be here forever, forever and ever and ever and ever, do you understand that? forever ... for 50minutes in continuation performed by a American rapper in Holland; these are only a few works of this project that render concrete and direct the concepts and the perplexities in question.

In addition, these interventions demonstrate that the artist does not impose himself as one with truth in his pocket, but rather as the spectator as one that questions the world and the reflections on who we are and our identity. These and other interventions, presences and possible narrations create in the visitor a condition of doubt of that which he sees by revaluating his usual ways of interpreting signs and his perception of things, and thus stimulating an epiphany-like approach.

The idea of discovering our presence in the world, personal and collective, is that which these artists of different generations and backgrounds share in common and display their attitude on a conceptual matrix whose tautological or nominal dimension becomes contaminated by a romantic dimension of suggestion and evocation of the possible.

For this reason, in their context at HISK, there will be 5 images that are in confrontation and in continuity with artists of generations previous to them: the work by Jiri Kovanda from November 1976 “waiting for someone to call me...”, the two clocks that tell time in synchrony titled Perfect Lovers by Felix Gonzàlez-Torres, the action photo from Secret Events realized during the second half of the 80’s in which James Lee Byars is showing a gold sphere against the sky while hiding his gaze from the camera, the photographical sequence of action writing on water by Maurizio Nannucci from 1973 and the installation “Thoughts Unsaid, Then Forgotten” constructed by an statement on the wall, a tripod of light and a vase of flowers by Bas Jan Ader from 1973. These works allow further reflection on the idea of gesture and on the attempt in the 70s to eliminate the distance between the space of life and that of art. Perhaps today this intent appears to us all so ingenuous and yet appears to us so feasible the possibility to mix the cards between two worlds for more concreteness and for the possibility of a shared view and reflection on the real and on our presence.