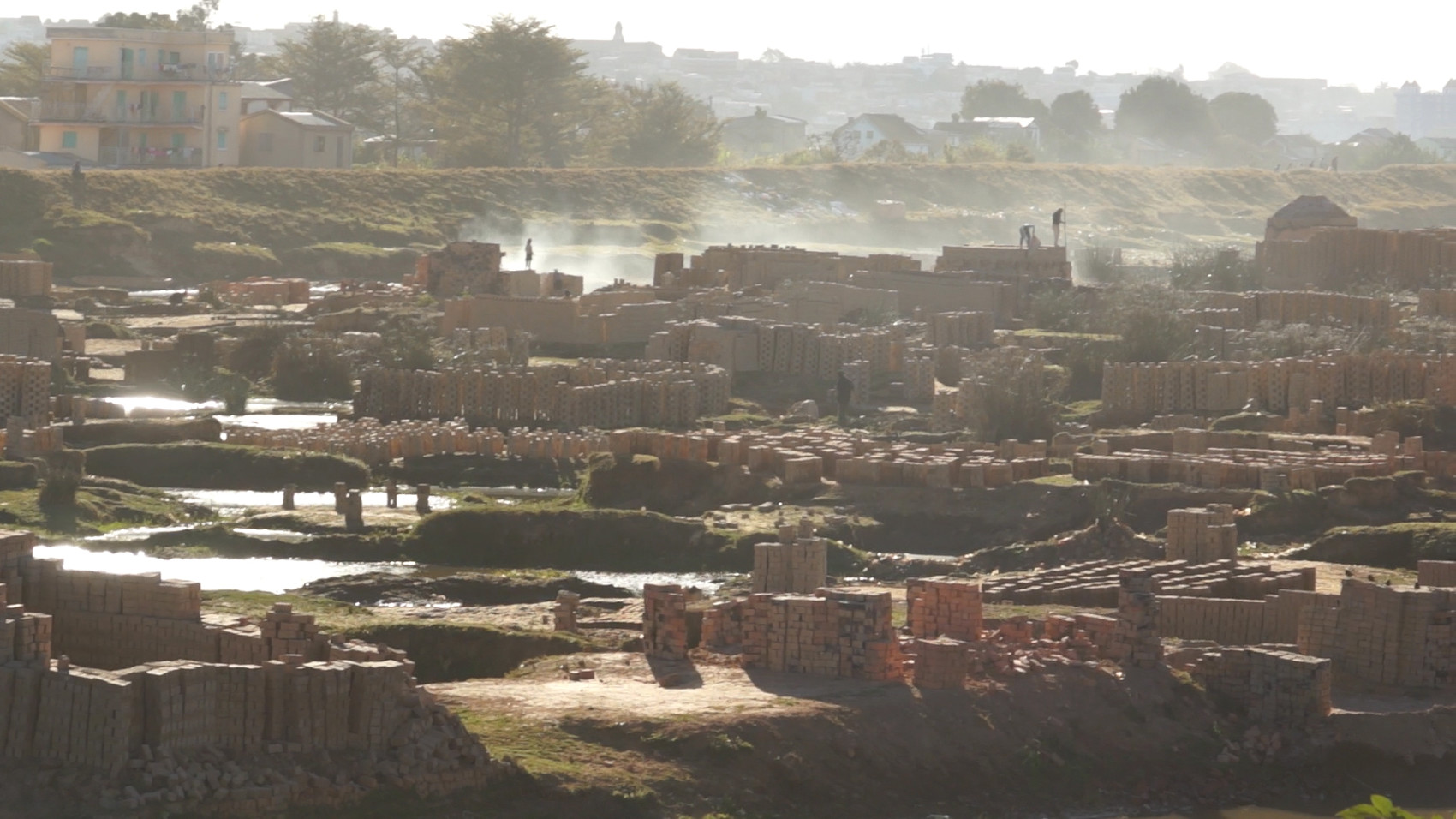 With ‘Bricks in Madagascar’, Bie Michels wants to explore the limits, possibilities and problems of the ‘anthropological art act’. In Madagascar, the ancient process of making bricks is still omnipresent. Her interest in stone (brick or natural stone) is the direct result of her previous projects, in which she examined the relationship between man and thing. The small portable brick, one of the oldest objects (+/- 5000 years old) is very interesting as a starting point for her research. It’s an object that becomes part of a building and therefore part of an environment. Exactly fitting into the human hand, it is the bearer of human scale and intimacy.

With the anthropological question of the brick in Madagascar, it is important not to lapse into the ‘desire for primitivism’, since that way, other cultures become a fetish object. So she will take on the dialogue and immerse herself in local situations and let events/actors co-determine the choices she will make, to achieve a multimedia art installation. Film fragments (images and conversations), objects, drawings and texts will form a reconstruction or evocation of these events. Contributions of local artists that touch the project will be possible.

To become an interaction, she will organize a meeting and two workshops in CRAAM in which will be reflected on the object in general, and more specific on the brick. The first workshop will be based on the performance ‘End to End’ that she developed with ‘Performing Objects’.

The second workshop, that she developed especially for this project, will take place at the site of the fabrication of the bricks in Antananarivo. Sociological, philosophical ecological questions of the brick in Madagascar will play a role. The participants will pile up bricks or place them on the soil, demarcating space and interacting with the space and the conditions around, and so making a temporary construction.

This workshop was tested with some artists of Performing Objects on May 16, 2016, test in Lezze.