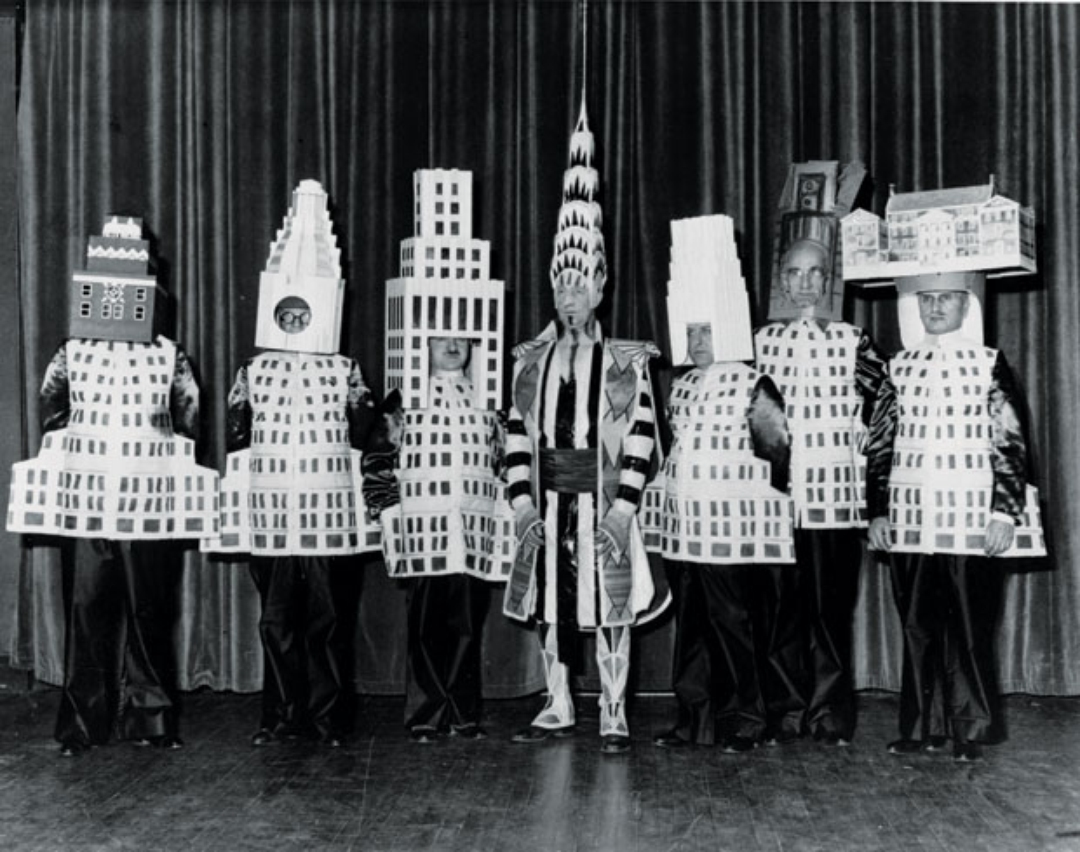 New York's Architects dressed up at the 1931 Beaux-Arts costume ball as the buildings they designed.

From the verticality of the body as resembled in Greek columns, to people eating and dating walls and other built structures, this talk will propose that buildings share more similarities with us (and vice versa) than we are usually inclined to think. Taking examples from the history of art, architecture, mythology and life in general, it will suggest a number of ways for you to become more like a building, by focusing on the relations and similarities between human bodies and the material environment, and, specifically, to buildings.