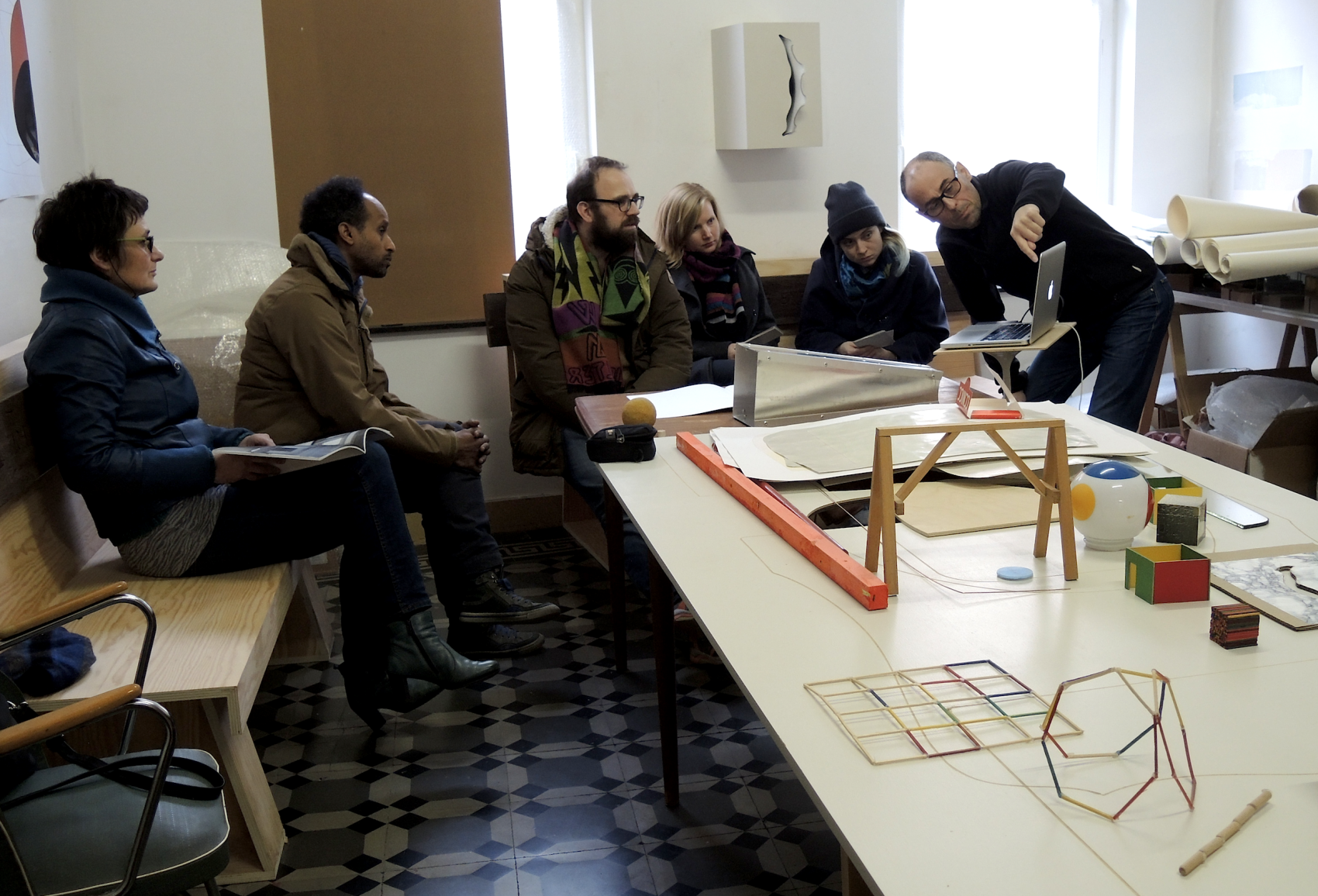 In the studio of Dimitri Vangrunderbeek

In the work of Dimitri Vangrunderbeek (°1964, Brussels), normal objects - such as chairs and lamps - and spaces acquire a completely new meaning. Because of the various operations the artists subjects them to - e.g. wrapping, enclosing, smearing, sawing, sanding, covering, dismantling - they not only lose their original function, but also their characteristic physical properties.

Ermias Kifleyesus (°1974, Addis Ababa) collects scribbles, doodles and notes made by people who are making phone calls in telephone boots. These scribbles are made on pieces of paper, panels, phone books or directly to the wall. His works are collages and many anonymous people don’t realize that they have contributed to the creation of an artwork. Both the urge to create and the daily grind of everyone of us are inherent in his work.