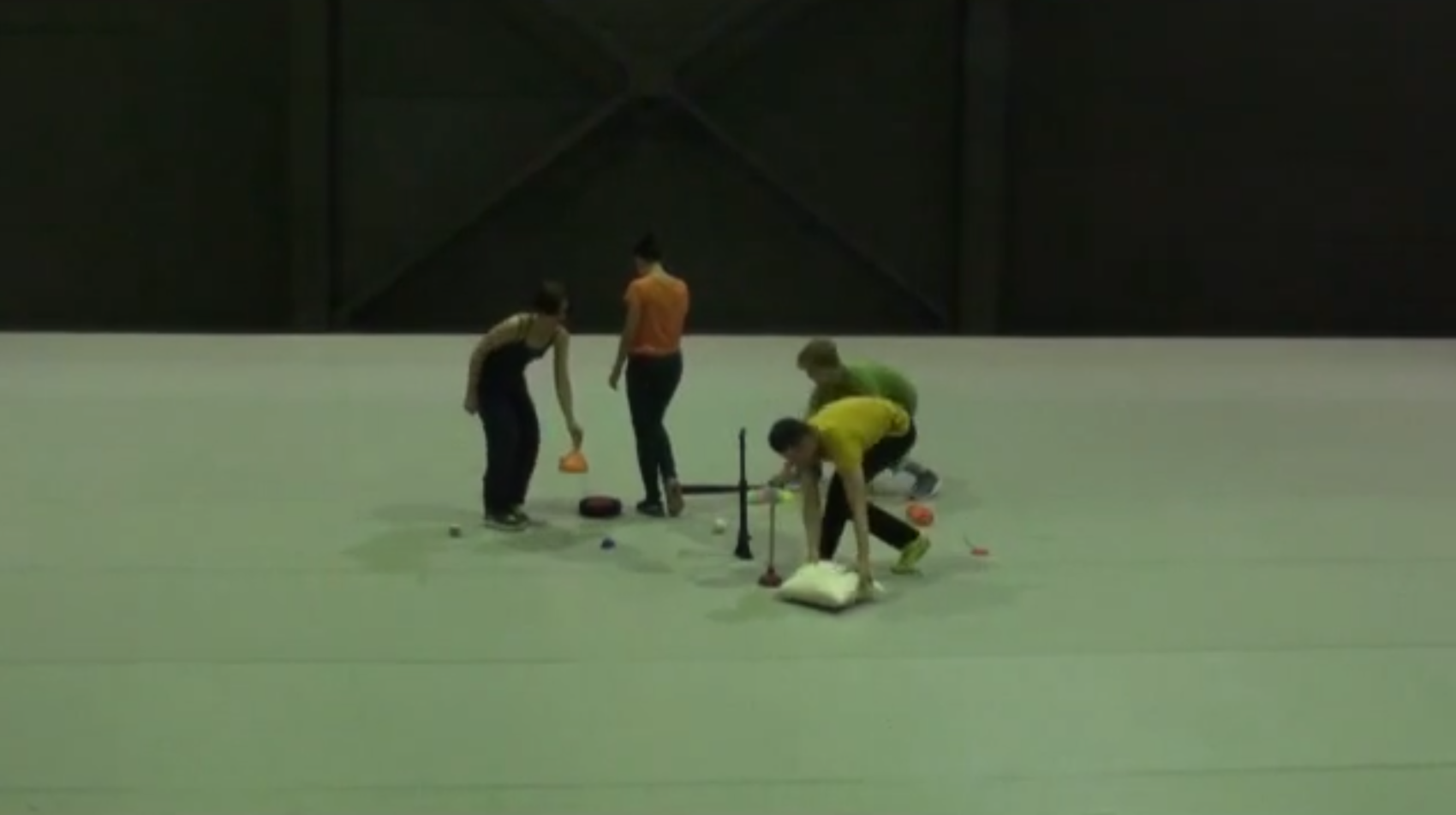 Still of videoregistration of Quartetto per oggetti, 2015

Thirteen common objects, removed from their daily context, become the basic tool to define a range of physical possibilities. Their functions determine patterns whose directional components are unpredictable, but serve as the basis for expansion and variation of rhythm. Each object is a vehicle to claim a spatial and temporal dimension, in order to produce a musicality of movement, rather than concrete sounds or music.
The result is an intense, paroxysmic vision which reaches an illusory chaos and a surreal logic.

"There is an idea, the basis of an internal structure, expanded and split into different shapes or groups of sound constantly changing in shape, direction, and speed, attracted and repulsed by various forces" (Edgard Varese).