Visual Arts in Cameroon: A Genealogy of Non-formal Training 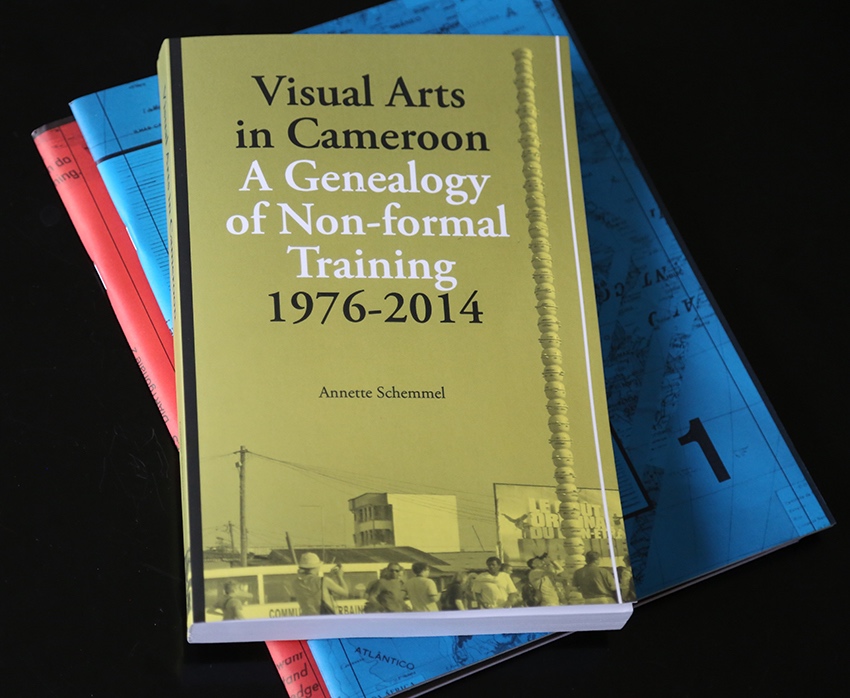 ​"Visual Arts in Cameroon" is a continuation of the DiARTgonale Special Editions #1 (2012) and #2 (2013), which continue to be available at Motto Berlin or through Enough Room for Space

The emergence of cognitive capitalism and the hype of the creative industries have engendered a new interest in artistic knowledge production, in alternative forms of knowledge and its mediation, as well as in the (male, white) artist as the role model of increasingly dematerialised labour. Cultural entrepreneurialism is raising increasing attention amongst policy makers in many African contexts, too. The book at hand argues in critical response to this trend and in view of the specific context of Cameroon for the importance of free spaces for artistic experimentation and underscores the intrinsic logic of artistic learning processes from a research perspective that is located between art history and art sociology.

The qualitative case study explores concretely how visual artists have appropriated and generated art knowledge in the cities of Yaoundé and Douala despite the absence of a democratic framework and a viable academic infrastructure. To this end, the study identifies an instable cluster of non-formal training opportunities that fed on artistic self-organisation and on exchanges with foreign guests in the past twenty years. This cluster has crucially contributed to the emergence of a dynamic, versatile and networked art world in Douala, according to a core argument of this thesis. The analysis foregrounds the artists’ priorities in terms of knowledge acquisition, as well as individual tactics to access art knowledge and didactics that take the local context into account. A prime example in this respect is the Système de Grands Frères that firstly receives scientific attention in this study, although being operative since the 1970s. This system structures the relationships between different generations of artists, while admitting a wide range of pedagogic approaches. Thought has also been given to the epistemological flows between the continents in the expanding global artworld and to the effects of (post-)colonial continuities, as well as to local interpretations of the omnipotent label Contemporary Art.

Despite the focus on the period since 1990, this study goes back to the German colonial period to shed light on the emergence of modern art in Cameroon. An analysis of the public discourses of the post-Independence period proved furthermore that the intellectual and the political elites of the new nation favoured indigenous aesthetics over visual art, which was one reason not to institute public art schools and arts education in schools. This choice led to the predominance of the foreign cultural centres and of private agents like doual’art in artist training and in arts education more generally.

With its historical depth, this research prepares the ground for a future critical art history of Cameroon, while also allowing for the assessment of the recent artistic developments within their context. The analysis proves that art collectives and artist-run spaces have importantly shaped Cameroon’s art history since the 1970s at least, and were crucial nodes for the circulation of artistic knowledge. This find also makes it possible to dismantle the myth of the non-academic and therefore supposedly „autodidact“ African artist on the basis of an empirically grounded, scientific argument. Hopefully, the deconstruction of this myth will contribute to the decolonisation of the terms of the art history of Africa.